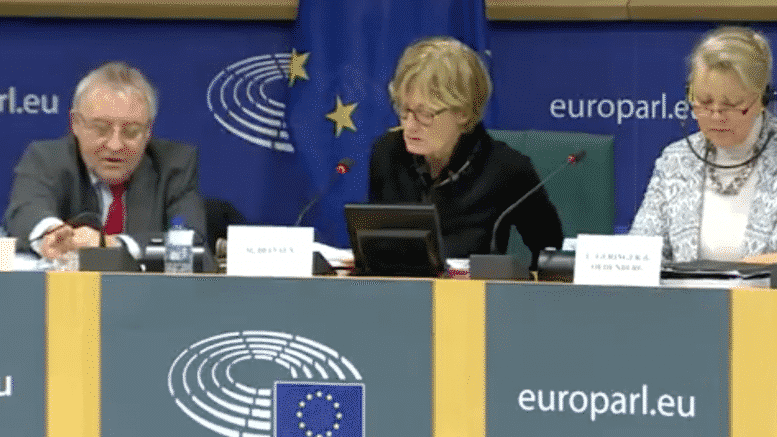 European Technocrats have determined that advanced robots must be classed as ‘electronic persons’ so they can be regulated like everyone and every thing in society. ⁃ TN Editor

A European Parliament committee has voted in favor of a draft report that proposes granting legal status to robots, categorizing them as “electronic persons”.

The draft report, approved by 17 votes to two and two abstentions by the European Parliament Committee on Legal Affairs, proposes that “The most sophisticated autonomous robots could be established as having the status of electronic persons with specific rights and obligations, including that of making good any damage they may cause.”

Authored by Luxembourg MEP Mady Delvaux, the report proposes definitions and outlines rules to govern how robots interact with humans “now that humankind stands on the threshold of an era” that it claims will see artificial intelligence (AI) “unleash a new industrial revolution.”

AI developers will have to ensure their creations follow a set of rules that prohibit them from harming a human or allowing a human to come to harm through their inaction. AI can protect their own existence under the rules, if this does not harm any humans.

“A robot may not harm humanity, or, by inaction, allow humanity to come to harm,” the rules state.

An opt-out mechanism or kill switch is also proposed in the report, ensuring any rogue robots can be turned off easily (provided the designer hasn’t let their AI outsmart them).

The report also calls for robot definitions and subcategories to be proposed based on the device’s autonomy, making certain categories with higher autonomy more responsible for their actions.

Whereas in the scenario where a robot can take autonomous decisions, the traditional rules will not suffice to activate a robot’s liability, since they would not make it possible to identify the party responsible for providing compensation and to require this party to make good the damage it has caused,” the report reads.

In an interview last week Delvaux said standardization and liability were essential for the future of AI.

She claimed robots will not totally replace humans in the workplace, instead “There will be a cooperation between robots and humans. I imagine that everyone can learn to work together with the robots.”

Electronic persons! What a load of bullcrap. No matter how much lipstick you put on a pig it still is a big – get it? Machines will never have intelligence – they might mimic intelligent behavior, but that is not true intelligence.

In the same way that corporations are given corporate personhood. Electronic persons given the rights of humans will be able to be make money and pay taxes.