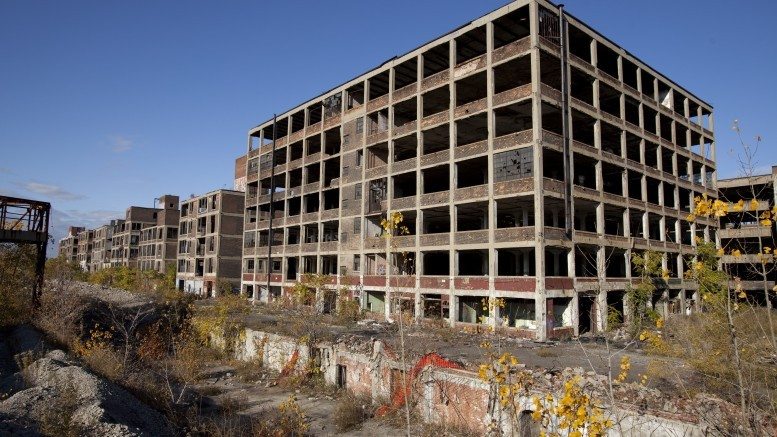 TN Note: This was the exact prediction of technocrats in the 1930s, during the worst of the Great Depression. Today, capitalism is taking another dive that could easily exceed the Great Depression, and hence, the calls already for the replacement to be wheeled in on a shiny new cart. Rifkin is no stranger to Technocracy, either. In his book, The End of Work, Rifkin mentioned Technocracy in several chapters and included several references to it in the bibliography. What possible “new economic system” might arise out of the ashes of capitalism? Technocracy!, which is exactly what I concluded in my book, Technocracy Rising: The Trojan Horse of Global Transformation. Click the link to buy a copy and see the whole picture.

At the very moment of its ultimate triumph, capitalism will experience the most exquisite of deaths.

This is the belief of political adviser and author Jeremy Rifkin, who argues the current economic system has become so successful at lowering the costs of production that it has created the very conditions for the destruction of the traditional vertically integrated corporation.

Rifkin, who has advised the European Commission, the European Parliament and heads of state, including German chancellor Angela Merkel, says:

No one in their wildest imagination, including economists and business people, ever imagined the possibility of a technology revolution so extreme in its productivity that it could actually reduce marginal costs to near zero, making products nearly free, abundant and absolutely no longer subject to market forces.

With many manufacturing companies surviving only on razor thin margins, they will buckle under competition from small operators with virtually no fixed costs.

“We are seeing the final triumph of capitalism followed by its exit off the world stage and the entrance of the collaborative commons,” Rifkin predicts.

The creation of the collaborative commons


From the ashes of the current economic system, he believes, will emerge a radical new model powered by the extraordinary pace of innovation in energy, communication and transport.

“This is the first new economic system since the advent of capitalism and socialism in the early 19th century so it’s a remarkable historical event and it’s going to transform our way of life fundamentally over the coming years,” Rifkin says. “It already is; we just haven’t framed it.”

Some sectors, such as music and media, have already been disrupted as a result of the internet’s ability to let individuals and small groups compete with the major established players. Meanwhile, the mainstreaming of 3D printing and tech advances in logistics – such as the installation of billions of intelligent sensors across supply chains – means this phenomenon is now spreading from the virtual to the physical world, Rifkin says.

The creation of a new economic system, Rifkin argues, will help alleviate key sustainability challenges, such as climate change and resource scarcity, and take pressure off the natural world. That’s because it will need only a minimum amount of energy, materials, labour and capital.

He says few people are aware of the scale of danger the human race is facing, particularly the growing levels of precipitation in the atmosphere, which is leading to extreme weather.

“Ecosystems can’t catch up with the shift in the planet’s water cycle and we’re in the sixth extinction pattern,” he warns. “We could lose 70% of our species by the end of this century and may be imperilling our ability to survive on this planet.”

Yes, the new economy will be Fascism. The American people have been SO “mis-educated” (to coin a term) that they generally believe that Fascism means “totalitarianism”- a rigorous, aggressive police force, surveillance on a mass scale, and so on. They do not know the real definition of the term, which Mussolini called “corporatism” (Thanks Vicky Davis, for that anecdotal tip 🙂 When people see the big banners plastered over the new construction on the corner, with words in it like “GREEN BUILDING” and “BIGCORP USING SUSTAINABLE PRACTICES”, they only see a business using hopeful citizen and earth friendly propaganda, but… Read more »

There is a Right Wing Socialism, like early union leaders whom contoled the unions before 1976, which is still a free sociert that the citizens have liberty and right to own private property such as a home, business or land ownership. Were all people have political voice and strong governance policy making power by right to vote, all people of society are created equal. Then there is Left Wing Socialism, all people are created Equal, Political policy is decided on by a ruling counsel or congress. The majority of people begin to loose policy making decisions. The further to the… Read more »