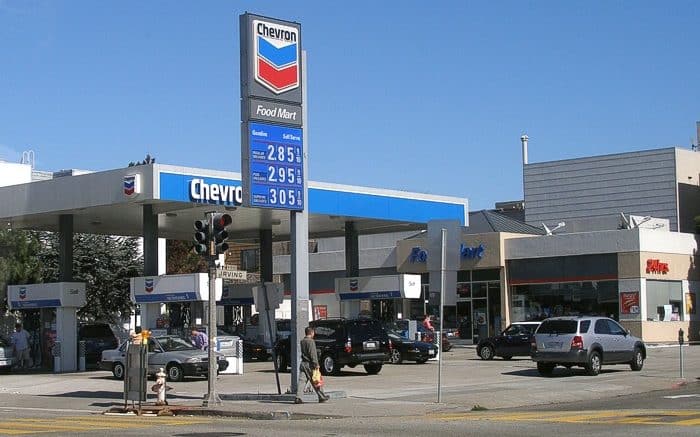 It is absurd to blame a corporations – even big oil companies – for global warming. but that didn’t deter San Francisco and Oakland from doing so. Now, their suits have been thrown out of the U.S. District court. Perhaps these two cities should be held liable for the moral depravity and political corruption for which they are widely known. ⁃ TN Editor

A federal judge Monday tossed out two groundbreaking lawsuits by San Francisco and Oakland that sought to hold some of the world’s largest oil companies liable for climate change.

In an exhaustive, 16-page ruling that touched on such scientific matters as the ice age and early observations of carbon dioxide, U.S. District Judge William Alsup acknowledged the problem of a warming planet but said it is just too big for the courts to solve.

The cities are trying to get five oil and gas giants, including Bay Area-based Chevron, to help cover the costs of dealing with sea-level rise, like picking up the tab for seawalls. However, Alsup, noting that Congress and the White House, not the judiciary, are responsible for addressing the fallout from fossil fuels, granted the industry’s requestto dismiss the suits.

“The problem deserves a solution on a more vast scale than can be supplied by a district judge or jury in a public nuisance case,” he wrote.The two cases are among the first of many nationwide that have recently attempted to force the oil industry to pay for what might amount to hundreds of billions of dollars to combat climate change. While the other municipalities, including a handful in California as well as New York City and Kings County, Wash., are closely following what happens in the Bay Area, Monday’s decision does not affect the cases in other courts.

The cities and counties all claim that oil companies have long known that greenhouse gas emissions from fossil fuels are warming the planet. Yet, according to the suits, the industry did nothing to prevent problems and even sought to cover up its ties to the climate, akin to how big tobacco tried to deceive the public about the health impacts of cigarettes decades ago.

The lawsuits argue that like tobacco companies, the oil firms create a public nuisance and should be held accountable. San Francisco alone estimates that rising seas at the hands of climate change has put $10 billion of public property and as much as $39 billion of private land at risk.

But Alsup, who works in the court’s Northern District of California, opined that the world has undoubtedly benefited from fossil fuels, from the industrial revolution to today’s modern conveniences. The bench, he determined, was not in a position to weigh the industry’s positives against the negative.

“Having reaped the benefit of that historic progress, would it really be fair to now ignore our own responsibility in the use of fossil fuels and place the blame for global warming on those who supplied what we demanded?” he wrote. “Is it really fair, in light of those benefits, to say that the sale of fossil fuels was unreasonable?”

Alsup tried to grapple with such questions at a first-of-its-kind climate “tutorial” in March. He invited experts from both sides of the case to weigh in on the science of climate change. The hearing was so popular that it had to be live-streamed to an additional courtroom.