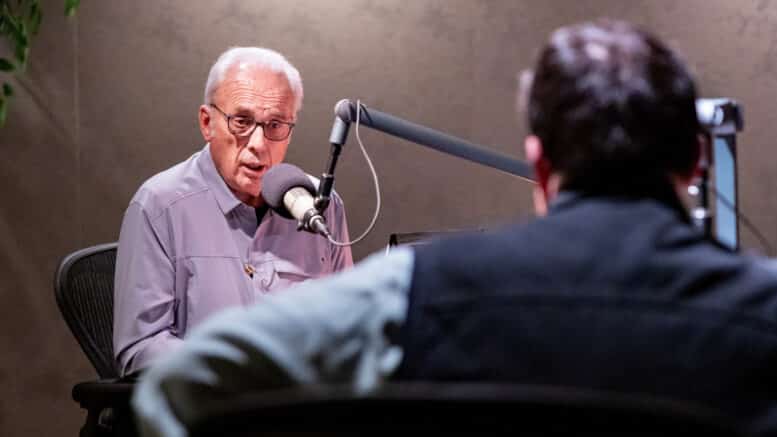 MacArthur is not bending and is lawyering up to face them in court. This case will evolve to national attention as it progresses. ⁃ TN Editor

After Newsom ordered churches to shut on July 13, Grace Community Church released a statement on July 24 explaining that Grace Community Church would remain open. “Christ is Lord of all. He is the one true head of the church (Ephesians 1:22; 5:23; Colossians 1:18). He is also King of kings—sovereign over every earthly authority (1 Timothy 6:15; Revelation 17:14; 19:16). Grace Community Church has always stood immovably on those biblical principles,” the church said. “Therefore we cannot and will not acquiesce to a government-imposed moratorium on our weekly congregational worship or other regular corporate gathers. Compliance would be disobedience to our Lord’s clear commands.”

On July 29, the City of Los Angeles sent a cease-and-desist letter, threatening Grace Community Church and MacArthur with a daily fine of $1,000 or arrest. The letter gave him one day to respond. On Sunday, August 2, health officials came to the church, asking to inspect the premises. The church declined to let them in without a warrant and told them to speak with the church’s counsel. At that, they left.

MacArthur is not budging, and he plans to bring legal action if the city carries out its threats.

MacArthur and his church have hired Jenna Ellis and Charles LiMandri. Ellis is the senior legal adviser to the Trump 2020 campaign, private counsel to President Donald Trump, and served on his legal team for the impeachment trial. She also serves as a senior fellow at the Falkirk Center for Faith & Liberty and is the author of The Legal Basis for a Moral Constitution. LiMandri began the Freedom of Conscience Defense Fund in 2012 and has litigated high-profile cases in California for decades, including the ACLU’s effort to remove the Mount Soledad Cross and San Diego’s effort to force firefighters to participate in a gay pride parade against their sincerely held religious beliefs.

“Pastor MacArthur and Grace Community Church are not disobeying the Constitution; it is California’s Governor Gavin Newsom and Mayor Eric Garcetti that are defying their constitutional obligation to protect religious freedom and church assembly,” Ellis said in a statement.

“Our American system of government specifically recognizes that our individual, fundamental right to free exercise of religion and freedom of assembly is a pre-political, God-given, inalienable right. That right is not given by the government or the Constitution, but rather, government is mandated by the Constitution to preserve and protect it for the church,” the Trump lawyer added. “Grace Community Church has every right to assemble without impossible and unreasonable infringement from the state, and the state has absolutely no power to impose the restrictions it is demanding.”

“Church is essential, and the government has no power to arbitrate whether religious organizations are essential. This is not about health and safety, it is about targeting churches,” Ellis concluded.

LiMandri argued that California is discriminating against churches by banning religious services but allowing protests to continue and allowing abortion clinics, retail outlets, and marijuana dispensaries to remain open.

“It is unconstitutional for Governor Newsom and the State of California to discriminate against churches by treating them less favorably than other organizations and activities that are not protected by the First Amendment,” he argued. “Pastor MacArthur and his church, as well as all churches, are entitled to practice their religion without government interference.”

Guess Mayor Pelosi’s nephew never learned about ALL of the 1st Amendment on his Marxist indoctrination centers in Commiefornia…!

I’m glad someone is finally taking this on!!!!

John won’t have to worry about paying any fines because he will win his case. What Nuisance is doing is unconstitutional. Even if, for some insane reason, he would lose his case, people would pay the fines for him.

Thank God for real men of God Like John Macarthur!! I have carried his study body for years! These anti-God/Christian tyrants need to be crushed in the most extreme of ways!

Proud of him for standing strong! I have a John MacArthur Study Bible!

God Bless Pastor MacArthur for standing up for what is right…I wonder if he is asking his flock to wear face masks and use hand sanitizer when they come in to church?

Does it really matter?

I too am glad he is standing up though he is a Calvinist in doctrine which is what most world wide churches are today who claim Christianity unfortunately. You might say what does his doctrine have to do with this fight? It might make him more mega than he already is. For he taught that those who take the mark of the beast can still be saved which is an outright lie.

The Constitution has been suspended through public health services. There’s no real protection under the Constitution for public health crisis’ which is why they chose tyranny using this method. Too many churches have cooperated with not standing up for Jesus. I always thought this pastor McCarthur too Catholic leaning to do something like this. He’s glorifying Christ but I don’t think the legal system can help him and he needs to move his church to a free state. The lawyers make money on this stuff but won’t win on this one but hope and pray they do.