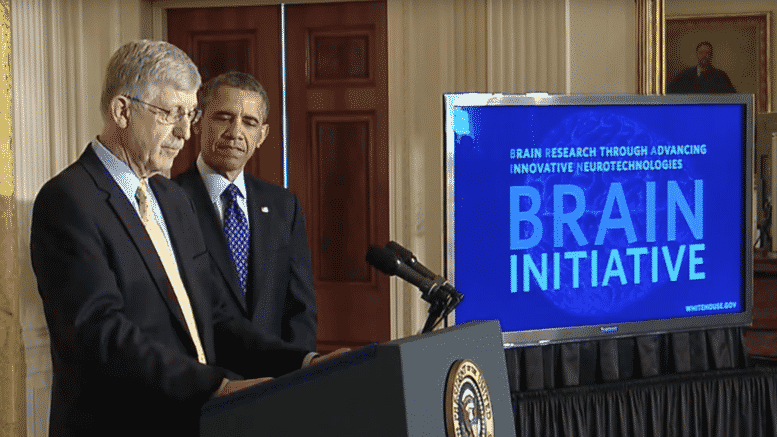 This is further development of President Obama’s multibillion-dollar brain-map initiative started in 2013. Just as human DNA was ‘mapped’, the BRAIN project was to probe the human brain in action and figure out exactly how it works. Driving forces behind this included Transhumanists who seek immortality through science. ⁃ TN Editor

Writing in the current online issue of the journal Stem Cells and Development, researchers at University of California San Diego School of Medicine describe development of a rapid, cost-effective method to create human cortical organoids directly from primary cells.

Experimental studies of developing human brain function are limited. Research involving live embryonic subjects is constrained by ethical concerns and the fragile nature of the brain itself. Animal models only partially mimic or recapitulate human biology and cognitive function. Single cell studies do not capture the complexity of neural networks.

In recent years, the development of in vitro human organoids — three-dimensional, miniaturized, simplified versions of an organ produced from reprogrammed stem cells — have allowed scientists to study biological functions, diseases and treatments more realistically and in greater detail.

“And that includes the brain,” said Alysson R. Muotri, PhD, professor in the UC San Diego School of Medicine departments of Pediatrics and Cellular and Molecular Medicine, director of the UC San Diego Stem Cell Program and a member of the Sanford Consortium for Regenerative Medicine. “Cerebral organoids can form a variety of brain regions. They exhibit neurons that are functional and capable of electrical excitation. They resemble human cortical development at the gene expression levels.”

Muotri is among the leaders in the field, having used the “brain-in-a-dish” approach to provide the first direct experimental proof that the Zika virus can cause severe birth defects, to repurpose existing HIV drugs on a rare, inherited neurological disorder and to create Neanderthalized “mini-brains.”

But human brain organoids are difficult, time-consuming and expensive to produce, requiring sophisticated tools and know-how to first generate human induced pluripotent stem cells (iPSCs) capable of becoming almost any kind of cell from skin cells, called fibroblasts, then directing those iPSCs to differentiate into the variety of interconnected cell types that comprise an organ like the brain.

In the new paper, senior author Muotri and colleagues describe a new, rapid and cost-effective method to reprogram individual somatic cells directly into cortical organoids from hundreds of individuals simultaneously. To do so, they compressed and optimized several steps of the process so that somatic cells are reprogrammed, expanded and stimulated to form cortical cells almost simultaneously. The result is a cortical organoid that fully develops from somatic cells with only minor manipulation, Muotri said.

“What we’ve done is establish a proof-of-principle protocol for a systematic, automated process to generate large numbers of brain organoids,” said Muotri. “The potential uses are vast, including creating large brain organoid repositories and the discovery of causal genetic variants to human neurological conditions associated with several mutations of unknown significance, such as autism spectrum disorder. If we want to understand the variability in human cognition, this is the first step.”