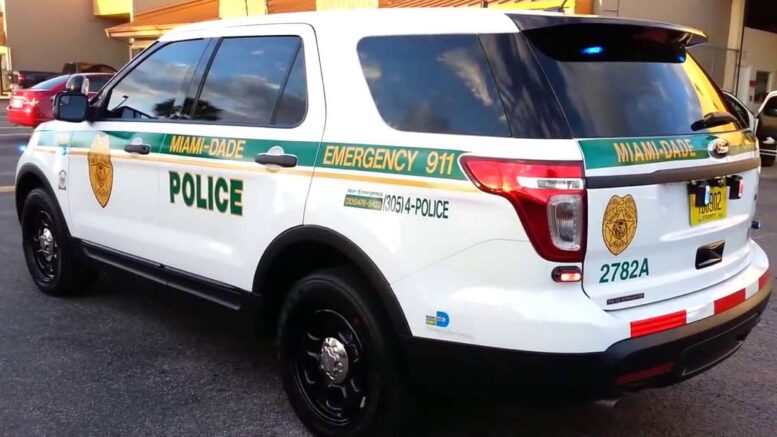 Please Share This Story!
PDF 📄
Miami police are citing anyone in their jurisdiction who they deem is wearing their face mask improperly. They are ticketing in public areas as well as in private businesses. Citizens should band together in a class-action lawsuit against the city and break this illegal madness once and for all. ⁃ TN Editor

It’s been less than two weeks since Miami-Dade County announced it would be fining people for not wearing masks in public. Already, Florida media outlets are filled with stories of people cited for wearing masks improperly, lowering masks to sip a drink, or removing their face coverings once outside of a store.

On Thursday, the Miami Herald reported that the Miami-Dade Police Department has issued 162 citations for violating the county’s mandatory mask ordinance, which comes with a $100 penalty.

One woman, Johanna Gianni, says she removed her mask in the parking lot of a Publix grocery store in North Miami Beach, when a police officer approached her and wrote her a ticket for not wearing a mask. Gianni told the Herald the parking lot was nearly empty and that she felt set up by police.

She’s not the only one.

The ABC affiliate Local10 reports that Dean Gonzalez was fined while leaving a North Miami Beach Publix because his mask didn’t cover his nose. The encounter was captured on video; in it, an officer can be heard telling Gonzalez that improper mask usage is as bad as not wearing a mask at all. Gonzalez accused the cops of setting up a “mask trap” and said that they threatened him with arrest if he didn’t sign the ticket he was issued.

The Herald article includes several other examples of people being fined while wearing masks, including a customer at a barber shop who lowered his mask to take a sip of water right as a police officer entered the business.

So, we are here already, so quickly. The murderous group who has the world by the ‘snarglies’ at the cost of thousands of lives worldwide has sold all the want’a be’s, fear mongers, influence peddlers and money grubbers on their program. Weak and greedy are so tasty with dangerous, huh? Not a surprise. Both my husband and I had covid in 2017. Got it from a cruise to Alaska, just like the people on the death ships that delivered the more weaponized version to humanity. Took a few years to vet the final version before they released it, I suppose.… Read more »

Meanwhile, Trump has poured SIX TRILLION DOLLARS onto the fire known as the national debt. His spending rate is actually higher than Obama’s now!

Miami has been a Buffy the Vampire Hell Dimension for some time. no one deserves this sort of abuse, but if any city does it’s that oversized ghetto.

I’m sure many would agree with you. However, consider this.

What happens when the police are defunded, nationally? The only law enforcement arm left is Homeland Security. AND, that is exactly why they were created in the first place–to have a ready military force sanctioned to meet Americans on sovereign soil. (Can’t send in the US sitting military–not allowed by the Constitution. Not that the predator cast and it’s B&M Gates representatives have ever honored that document, unless it is of benefit to their agenda. Usually isn’t. Law of the Land and simple truths are for peasants, huh Bill?

The trend these days is to shoot cops who stand in your way of anything.

Two months ago politicians drank the Kool-Aid and now police are enforcing edicts, not laws. They should stop calling themselves “law” enforcement officers. They are actually the ones breaking the law – 18 U.S. Code § 242 Deprivation of rights under color of law.