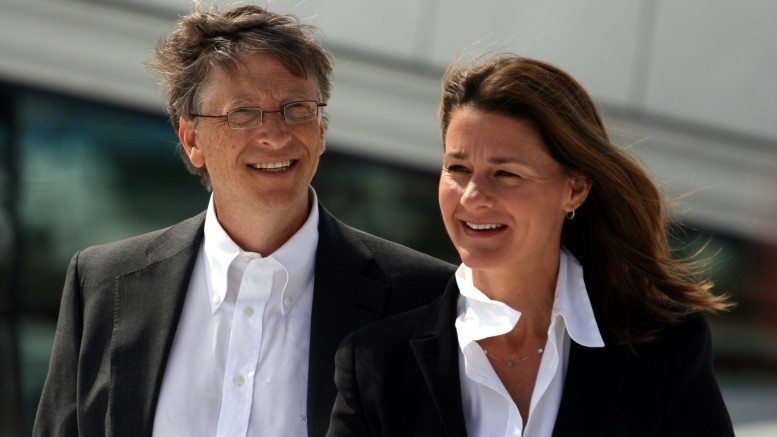 Posted By: James Corbett via The Corbett Report July 28, 2020

Please Share This Story!
PDF 📄
Bill Gates is not the only Technocrat who believes in eugenics, but he is certainly the figurehead. Social engineering, death panels, population reduction, vaccinations, etc., all play into a world of other people deciding your fate on planet earth. Gates has the entire medical industry panting after his loopy ideology. ⁃ TN Editor

One of the iconic moments from my Who Is Bill Gates? documentary is the clip of Gates at the 2010 Aspen Ideas Festival discussing a proposal to increase funding for public education by diverting money from end-of-life care for the elderly and terminally ill.

Lamenting the skyrocketing tuition rates for college students, Gates tells the Aspen Institute’s Walter Isaacson that, “That’s a trade-off society’s making because of very, very high medical costs and a lack of willingness to say, you know, ‘Is spending a million dollars on that last three months of life for that patient—would it be better not to lay off those 10 teachers and to make that trade off in medical cost?’

Then, squirming around in his seat and looking over at the audience, Gates acknowledges that there may be some objection to this line of thinking: “But that’s called the ‘death panel’ and you’re not supposed to have that discussion.”

A decade ago, when Gates made those remarks, it would be difficult to imagine an idea that was more out of touch with general public sentiment than the idea of “death panels” to free up money to hire more teachers. It was shocking enough to the general public that even the socially inept Gates realized that talking about it was verboten.

But what many sitting in the festival audience that day may not have realized is that the idea of trading health care for the elderly for public education funds is not Gates’ own novel proposal. In fact, this “death panel” discussion has been around for a long time and that discussion was spearheaded by a relatively obscure—but incredibly influential—branch of philosophy known as bioethics.

Bioethics, for those not in the know, concerns itself with the ethical questions raised by advancing knowledge and technological sophistication in biology, medicine, and the life sciences. This often leads to serious academic debates about subjects that seem like bizarre, improbable, science fiction-like scenarios involving the ethics of using memory-enhancing drugs or erasing memories altogether.

While the musings of bioethicists on the case for killing granny and after-birth abortions and other morally outrageous ideas may still seem a little “out there” to much of the public, conversations about these previously unspeakable topics are going to become much more commonplace as we enter the COVID-1984 biosecurity paradigm.

In fact, they already are.

Case in point: In my recent conversation with Canadian journalist Rosemary Frei, she drew attention to a paper published in the New England Journal of Medicine in March of this year. The paper, “Fair Allocation of Scarce Medical Resources in the Time of Covid-19,” was written by a team of prominent bioethicists and discusses “the need to ration medical equipment and interventions” during a pandemic emergency.

Their recommendations include removing treatment from patients who are elderly and/or less likely to survive, as these people divert scarce medical resources from younger patients or those with a more promising prognosis. Although the authors refrain from using the term, the necessity of setting up a death panel to determine who should or should not receive treatment is implicit in the proposal itself.

In normal times, this would have been just another scholarly discussion of a theoretical situation. But these are not normal times. Instead, the paper quickly went from abstract proposal to concrete reality. As Frei noted in her own article on how the high death rates at care homes in Ontario were created on purpose, the Canadian Medial Association (CMA) simply adopted the recommendations laid out in that New England Journal of Medicine article, abandoning its usual practice of deliberating on major changes to policy over a months-long consultation process because “[t]he current situation, unfortunately, did not allow for such a process.”

Lest there be any question about whether these policies are currently being put into practice, one needs simply observe the conversation that is taking place in Texas right now regarding how to deal with the supposed “surge” in COVID hospitalizations. As The Guardian puts it: “Texas hospital forced to set up ‘death panel’ as Covid-19 cases surge.”

It doesn’t matter that the hospitals are not actually full in Houston. It doesn’t matter that the concern over the flood of hospitalizations in Texas is based on statistical trickery and outright lies. In fact, that’s kind of the point. By scaring the public with horror stories about hospitals on the verge of collapse, the combined weight of the government, the media, and the medical establishment have managed to do in just a few months what Gates and his cronies have been unable to do in the past decade: Introduce the verboten “death panel” discussion to the general public.

In fact, when you start documenting the history of bioethics, you discover that this is exactly what this field of study is meant to do: To frame the debate about hot button issues so that eugenicist ideals and values can be mainstreamed in society and enacted in law. From abortion to euthanasia, there isn’t a debate in the medical field that wasn’t preceded by some bioethicist or bioethics institute preparing the public for a massive change in mores, morays, values and laws.

The research into the history of bioethics leads one to the doorstep of the Hastings Center, a nonprofit research center that, according to its website, “was important in establishing the field of bioethics.” The founding director of the Hastings Center, Theodosius Dobzhansky, was a chairman of the American Eugenics Society from 1964 to 1973, while Hastings cofounder Daniel Callahan—who has admitted to relying on Rockefeller Population Council and UN Population Fund money in the early days of the center’s work—served as a director of the American Eugenics Society (rebranded as The Society for the Study of Social Biology) from 1987 to 1992.

Yet at the same time we are being told lockdown, and our freedom is the price we must pay to protect granny.

I, too, ‘believe’ in eugenics! We need to ELIMINATE ALL PSYCHOPATHS & SOCIOPATHS from the planet! This INCLUDES Billy & Melindy!!!!!!!! Can you just imagine how WONDERFUL life would be on this planet?!

[…] that have gene editing capabilities. You breath in these particles where they lay dormant until the nefarious perpetrator who released said particles turns on the magic EMF frequency. At that point the nano tech does its […]