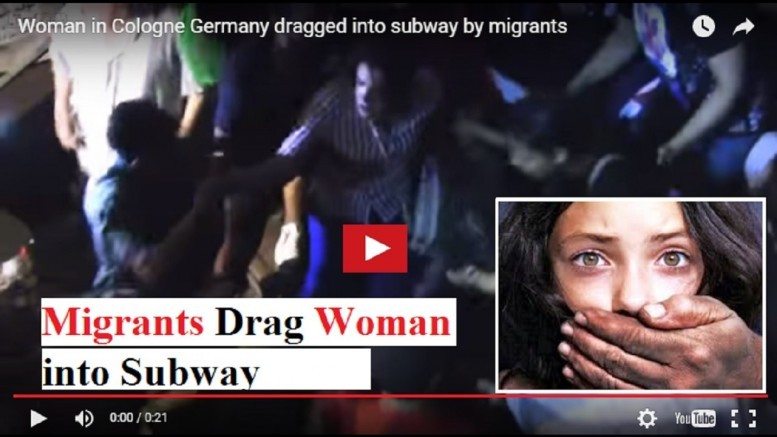 Trilateral Commissioner Peter Sutherland, head of migration policy at the UN, has boasted that multiculturalism is the only path to Sustainable Development. He has heavily lobbied European nations since 2006 to open wide their borders to migration from the south, which has since destabilized many European nations. ⁃ TN Editor

German Chancellor Angela Merkel is facing catastrophe over her failed migrant policy, according to a new report.

During the first six months of 2016, migrants committed 142,500 crimes, according to the Federal Criminal Police Office.

And Germany has been hit by a spate of horrendous violent crime including rapes, sexual and physical assaults, stabbings, home invasions, robberies, burglaries and drug trafficking.

Adding to the country’s woes is the fact that thousands of people have gone missing after travelling there on invitation from Angela Merkel.

Germany took in more than 1.1million migrants in the past year and parts of the country are crippled with a lack of infrastructure.

“During the first six months of 2016, migrants committed 142,500 crimes, according to the Federal Criminal Police Office. This is equivalent to 780 crimes committed by migrants every day, an increase of nearly 40 per cent over 2015. The data includes only those crimes in which a suspect has been caught.

“Many are thought to be engaging in robbery and criminal violence.”

According to Freddi Lohse of the German Police Union in Hamburg, many migrant offenders view the leniency of the German justice system as a green light to continue delinquent behaviour, says the report.

Germany cares about their perceived ‘solution’ to problems rather than the effect of their solution becoming the problem. What has changed since Hitler really?

Every group of people deserve their own space in the world.we already live in a multicultural world. The Muslims already have their own country