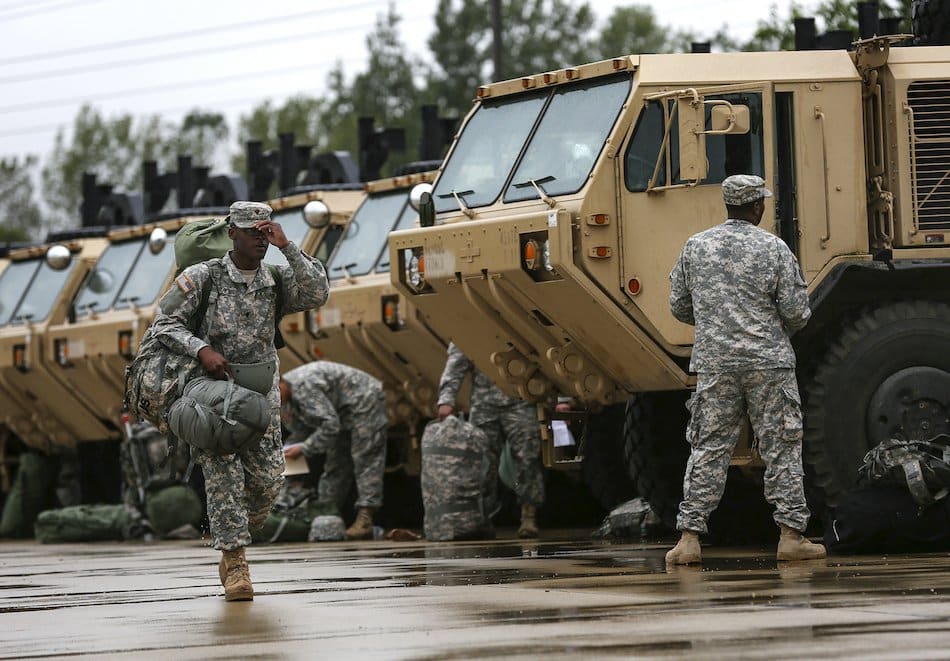 Military To ‘Joint Venture’ With CDC To Distribute Coming Vaccines

The plan breaks with the longstanding precedent that CDC distributes vaccines during major outbreaks through a centralized ordering system.

Nationwide distribution of any coronavirus vaccine will be a “joint venture” between the Centers for Disease Control and Prevention, which typically oversees vaccine allocation, and the Department of Defense, a senior administration official said today.

The Department of Defense “is handling all the logistics of getting the vaccines to the right place, at the right time, in the right condition,” the official said in a call with reporters, adding that CDC will remain in charge of tracking any side effects that emerge post-vaccination and “some of the communications through the state relationships [and] the state public health organizations.”

The plan breaks with the longstanding precedent that CDC distributes vaccines during major outbreaks — such as bad flu seasons — through a centralized ordering system for state and local health officials.

“We believe we’ve actually combined the best of both,” the official said. A second senior administration official stressed the agencies would be working as “one team” to distribute hundreds of millions of doses if any of the vaccines in development are approved in the coming months.

Private companies are also likely to join the effort. The first official said the government is bringing in people to integrate CDC IT capabilities with “some new applications that we’re going to need that the CDC never had.”

The background: The Pentagon will be guiding not just distribution logistics but also manufacturing and “kitting,” the process of safely packaging a vaccine with its necessary equipment such as syringes and needles.

“The DoD is handling all of those logistics — that is where their comparative advantage is,” said the first senior official. “And the CDC, some of their IT systems, relationships with the states following post-vaccination will belong to them.”

Pentagon chief spokesperson Jonathan Hoffman told reporters earlier in the day that distribution would be “a collaborative process” between the private sector and the military.

Operation Warp Speed, the government’s coronavirus vaccine and drug accelerator, is examining “how do we take advantage of the commercial capability of the private sector to handle things like distribution, and where will either DoD step in to help manage that process, or if necessary, will DoD be required to step in and actually physically deliver items itself,” Hoffman said.