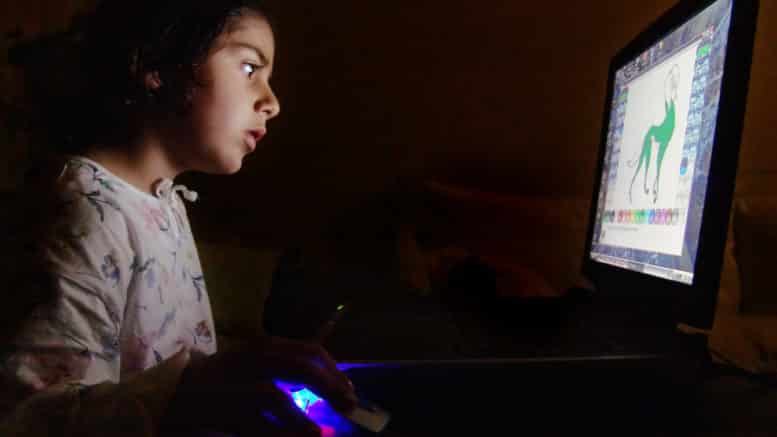 Please Share This Story!
PDF 📄
The natural  human inclination toward addiction is bad enough, but YouTube’s algorithms purposely lead youth to inappropriate and disturbing material that should not be impressed on young minds. If you have children or grandchildren, this is a must-read article. ⁃ TN Editor

Children have become such screen addicts they are abandoning their friends and hobbies, a major report warns today.

Researchers found under-fives spend an hour and 16 minutes a day online. Their screen time rises to four hours and 16 minutes when gaming and television are included.

Youngsters aged 12 to 15 average nearly three hours a day on the web – plus two more hours watching TV. The study said YouTube was ‘a near permanent feature’ of many young lives, and seven in ten of those aged 12 to 15 took smartphones to bed.

It concluded: ‘Children were watching people on YouTube pursuing hobbies that they did not do themselves or had recently given up offline.’

A growing number of parents admitted to researchers that they had lost control of their children’s online habits.

Campaigners described the report from media watchdog Ofcom as frightening.

‘In the early years, children need interaction with other people, and play – it is key to their social skills,’ said Sue Palmer of the group Toxic Childhood.

The annual report, which was based on 2,000 interviews, also revealed that:

Children aged three and four still watch more television than online videos, but their TV consumption is shrinking whilst their time online is rocketing.

Many flock to YouTube and spend hours watching child-friendly videos such as how to make slime or draw animals. Others seek out ‘unboxing’ videos in which YouTube stars unwrap new products.

Some youngsters are becoming so obsessed with YouTube celebrities that they idolise them as role models, the Ofcom report said.

Some upload videos of their own, hoping to make a career for themselves. Disturbingly, many watch the lifestyle ‘vloggers’ pursuing hobbies and interacting with friends instead of doing so themselves.