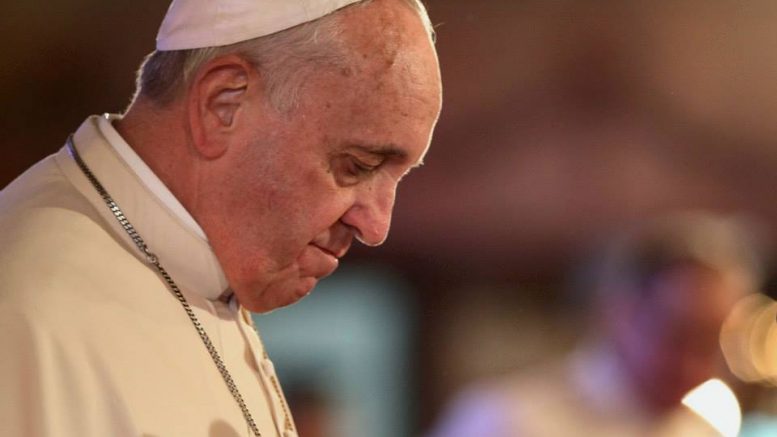 This Pope might be the greatest source of disinformation about Technocracy because he clearly does not understand it. On one hand, he attacks it and on the other, he fully supports the UN’s Sustainable Development, which really is Technocracy. ⁃ TN Editor

In the august surroundings of Chile’s pontifical Catholic University, Pope Francis on Wednesday night gave one of the smartest addresses of his pontificate, one that gives Catholic educational institutions a clear direction for our times.

As I’ve often pointed out, Francis is, if not gloomy, certainly apocalyptic about these times. He believes contemporary society increasingly faces a life-or-death choice.

He sees the technology-driven forces of globalized postmodernity dissolving the bonds of belonging, sweeping away institutions and turning us into consuming individuals obsessed with gratification and increasingly divorced from cultural and religious roots.

In such a society, as he put it in Santiago, “points of reference that people use to build themselves individually and socially are disappearing,” such that “the new meeting place today is the “cloud, characterized by instability since everything evaporates and thus loses consistency.”

The result of this disappearing public consciousness, under the wave of individualism, makes it hard to build a nation, or indeed any community, and, as the pope sees it, the consequences are stark.

The mission of the university, in this context, is to generate what Francis called “educational processes that are transformative, inclusive and which foster coexistence.” That sounds fairly banal, but Francis makes clear that by “processes” he doesn’t mean content, but teaching a new way of reasoning and thinking “in an integrated way” – a forma mentis.

The term he uses for this in Spanish is alfabetización integradora, a new kind of literacy that enables people to think in an integrating way.

Ironically, the reason for that reticence is not that he has little to say, but that he has too much. His own doctoral work, which was fed by and, in turn, fed decades of his work on dialectical polarities, offers a systematic method of thinking in ways that allow for the interplay of contrasting ideas and values, creatively integrating them in a higher plane.

What Francis put forward in Santiago was an argument for that kind of thinking, not a systematic way to achieve it.

Yet he grounded that case in theology, arguing that the temptation in any academic setting is to subject creation – namely, what is God-given – to the autonomous designs and desires of knowledge. In other words, the Fall is not the result of knowledge per se, but the divorce of knowledge from its divine roots.

(This, of course, is the argument of Laudato Si’: the “technocratic paradigm” has produced a mindset antagonistic to creation that leads to the instrumentalization, commodification and exploitation of the natural world and fellow creatures).