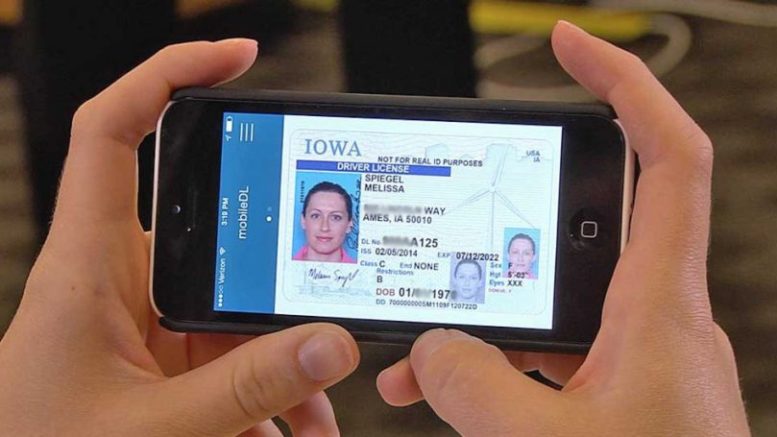 You are normally obligated to show your driver’s license upon request by police. However, if your license is digital on your smart phone, your entire phone may be searched without a warrant, breaching your 4th Amendment protections. ⁃ TN Editor

But all of the “fake news” the public has been fed about their privacy is about to come “crashing” down, literally.

A Nevada bill if passed would allow police to search everyone’s smartphones.

Nevada bill AB200 allows police to search the phones of everyone involved in a car crash.

“An act relating to motor vehicles; authorizing a peace officer at the scene of a traffic crash to use technology to determine if a driver was using a handheld wireless communications device at the time of the crash; requiring the suspension of the driver’s license of a driver who refuses a request by a peace officer to use such technology; providing penalties; and providing other matters properly.”

Does anyone still believe that once a cop uses a CellBrite to spy on your phone or discovers your smartphone’s unique MAC address that they will not track you in the future? If retail stores can track customers MAC address’s without a warrant don’t you think police will too.

Motorists give up their rights by driving in Nevada

The bill states that motorists give up their rights simply by driving in Nevada.

“Section 1 further provides that any person who operates a vehicle in this State is deemed to have given consent to the use of an investigate technology device on the handheld wireless communications device when requested by a peace officer at the scene of a crash. If a person refuses such a request,the peace officer is required to seize the driver’s license or permit of the person and issue an order suspending the license or permit for 90 days.”

What does this mean?

If you are granted the privilege to drive by the government you agree to give up your Fourth Amendment right against being searched without probable cause. Do you still think America is the land of the free?

Gemalto got one thing right, digital drivers licenses are a “Utopia” for police and governments.

According to Merriam Webster, Utopia is “an imaginary place; a place of ideal perfection especially in laws and government.”

If you think U.S. police will respect motorists rights and only search your phone for just your drivers license information you are living in an imaginary place.

Defenders of digital licenses will say Nevada’s police are only trying to determine if a phone was being used prior to the accident and that is it.

But I say horse pucky, would you willingly hand your phone to a stranger and let them walk away with it for 5-10 minutes? Would you trust a complete stranger (police officer) not to search your smartphone?

Trusting law enforcement with your phone is a horrible idea as an article in the Huffington Post warns.

“By unlocking the license, phone owners could expose their data to whoever is checking it, Chad Marlow, a senior counsel at the American Civil Liberties Union in New York said. And, he added, while an officer normally would need a warrant to search a phone, in the real world, drivers who don’t know the law could be pressured into handing over the phone, allowing access to everything from contacts to text messages.”

House Bill 200 goes on to explain that if you refuse to hand your smartphone to ‘Officer Friendly’ your privilege to drive will be suspended and good luck trying to get a temporary drivers license.

“The scope of the hearing conducted pursuant to subsection 6 must be limited to whether the person refused the request of the peace officer to use an investigative technology device on the handheld wireless communications device in the possession of the person at the time of the crash pursuant to this section. Upon an affirmative finding on this issue, the Department shall affirm the order of suspension.”

If you are given a choice between handing over your phone or losing your license and getting a ticket, what would you do?

That is not much of a choice is it?

Being coerced into giving a government employee your personal information means law enforcement has essentially been turned into the TSA. In the coming years we can expect every state to pass laws allowing police to search motorists smartphones.

Do we really need anymore proof that storing our drivers license and personal life on a smartphone is a terrible idea?

Solution? 2 phones, one for normal use, and one for big brother to search. Prove to me I have a second phone in this car officer. That or “I don’t have a cell phone” works most of the time when I am asked for a number for them to spam in a store. I also make a point to delete ALL cell phone logs, private messages and NEVER store images (or that pesky thumbnail database) on my cell, I take a pic, move it to a computer and wipe the phone of all images. Get a call? Talk and delete… Read more »