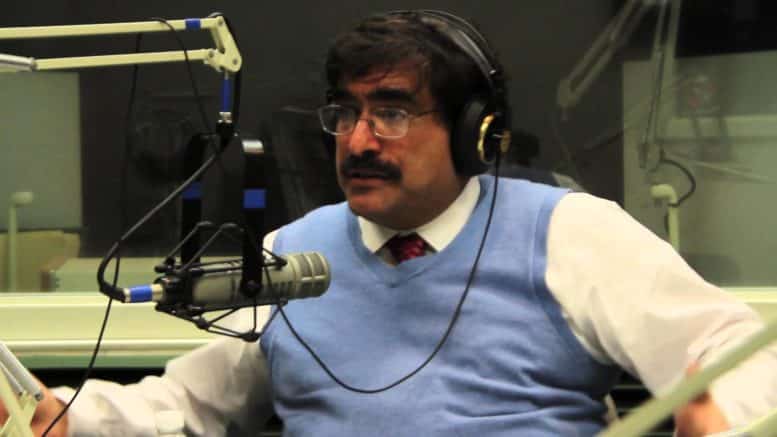 Please Share This Story!
PDF 📄
One thing that Dr. Tim Ball doesn’t like is scientific fraud coupled with journalistic propaganda to deceive and manipulate readers. Such is the case with Seth Borenstein who is neither scientist or traditional journalist; rather, he is a propagandist with a singular agenda to advance global warming dogma. ⁃ TN Editor

Borenstein has a journalism degree but claims to be a science reporter. He might have claim to the journalism label except that everything he writes is biased, misleading, distorted, and wrong because he only presents one side of each story. It is no surprise that he is exploiting the latest claims of the Intergovernmental Panel on Climate Change (IPCC). His article demonstrates that he is a master of propaganda and fake news.

Many have identified his activities, biases, and transgressions, but a good summary appears in “Left Exposed.” They list many examples, including this about an article in the Associated Press.

“In June 2006, the U.S. Senate Committee on Environment and Public Works (EPW) issued a press release revealing a series of factual inaccuracies in Borenstein’s article, “Scientists OK Gore’s Movie for Accuracy.” The release says the cited inaccuracies raise “serious questions about AP’s bias and methodology.” EPW challenged the article for suspected fabrications and non-existent sources. The release goes on to say:

‘AP chose to ignore the scores of scientists who have harshly criticized the science presented in former Vice President Al Gore’s movie An Inconvenient Truth.

“In the interest of full disclosure, the AP should release the names of the “more than 100 top climate researchers” they attempted to contact to review An Inconvenient Truth. AP should also name all 19 scientists who gave Gore “five stars for accuracy.” AP claims 19 scientists viewed Gore’s movie, but it only quotes five of them in its article. AP should also release the names of the so-called scientific “skeptics” they claim to have contacted.’

The article does not include a specific example of his compromise of journalistic principles. He was in regular communication with the people at the Climatic Research Unit (CRU), infamous for the emails leaked in November 2009, known as Climategate, that exposed the level of corrupt science. One email they received on July 23, 2009, was from Borenstein. He wrote,

The word “again” indicates previous communication. The cast of characters in the email are Kevin (Trenberth), Gavin Schmidt), and Mike (Mann). Marc Morano, a former assistant to Senator James Inhofe, the only Senator to speak out about the corrupt IPCC work. Marc now produces Climate Depot, a reliable source of information. JGR is the Journal of Geophysical Research.  The article and entire story referred to are discussed in “Censorship at AGU: Scientists Denied the Right of Reply.”

Borenstein’s bias and lack of even minimal objectivity required of journalism are evident, but more so when you consider the entire IPCC deception. The shocking part is the creators and participants of the IPCC knew what they were doing. It was a deliberate scientific deception from the start, but don’t take my word for it, they said it, and their failed results confirm it. Here is what Borenstein deliberately fails to tell people.

The IPCC deliberately created an illusion of certainty about their science, and therefore their forecasts. They knew from the start that the science was inadequate and wrong because they told us. They structured the entire process to carry out the deception. They let people think they study all causes of climate change when they only look at human-caused change. That is impossible to do unless you know and understand total climate change and the mechanisms, and we don’t. It allowed them to ignore all non-human causes of change.

The IPCC produces four reports, but only two are consequential. The first by Working Group I is titled, The Physical Science Basis. Its results underpin the second and third Reports, so they don’t count. The fourth is the Synthesis Report Summary for Policymakers. It is written last but released first by design, because as IPCC Reviewer David Wojick explained.

What is systematically omitted from the SPM are precisely the uncertainties and positive counter evidence that might negate the human interference theory. Instead of assessing these objections, the Summary confidently asserts just those findings that support its case. In short, this is advocacy, not assessment.

In this latest fiasco, the IPCC produced a Special Report to produce the SPM, to make sure nobody, like Borenstein, would miss the hype. Undoubtedly, they did this because the polls show the public is turning away from the hysteria, ironically, partly because of Borenstein’s misinformation.

The Science Report is in direct contrast to the SPM. It lists all the problems, lack of data, incomplete knowledge of mechanisms, and severe limitations of the science. In 2012, I created a limited list of the problems. The IPCC produces the Summary first knowing it will fool the media and the public. However, even if someone reads the Science Report, they are unlikely to understand it, and if they do they are easily marginalized as a skeptic, denier, or worse, paid by an oil company.

Despite this list, I only need one quotation from Section 14.2.2., of the Scientific Section of Third IPCC Report to prove that they cannot forecast the future.

“In sum, a strategy must recognise what is possible. In climate research and modelling, we should recognise that we are dealing with a coupled non-linear chaotic system, and therefore that the long-term prediction of future climate states is not possible” (My emphasis).

The IPCC climate forecasts were wrong from the earliest Report in 1990. It was so wrong that they stopped calling them forecasts and made three ‘projections;’ low, medium, and high. Since then even their ‘low’ scenario projections (forecasts) were wrong.

Every IPCC forecast is wrong, and if your forecast is wrong, the science is wrong. This guarantees the 12-year forecast is wrong in the latest Report. The IPCC knows this, but don’t care because it is about politics, not science.  There is no corroborating evidence; a familiar refrain Washington these days. However, here it is worse because the evidence contradicts the claim.

Few scientists, probably about 3%, read any of the Reports. This 97% assume other scientists wouldn’t manipulate science for a political agenda. One who read them German physicist and meteorologist Klaus Eckart Puls (English translation version) reported,

“Ten years ago, I simply parroted what the IPCC told us. One day I started checking the facts and data – first I started with a sense of doubt but then I became outraged when I discovered that much of what the IPCC and the media were telling us was sheer nonsense and was not even supported by any scientific facts and measurements. To this day I still feel shame that as a scientist I made presentations of their science without first checking it.”

The latest ‘threat’ is a 1.5 to 2°C increase, but global temperatures were higher than today by at least that much for most of the last 10,000 years during the Holocene Optimum. One study showed it was 6°C warmer 9000 years ago. The polar bears and the world survived. However, don’t expect Borenstein even to consider the facts or provide an explanation. If he did, it would be journalism not propaganda.