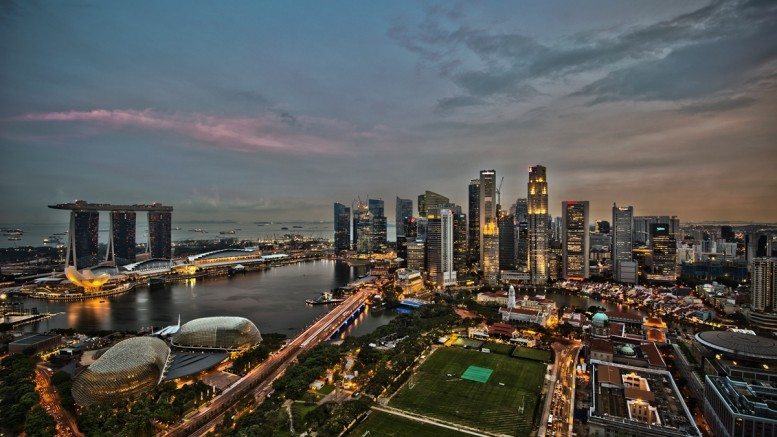 There are few places better positioned to become a “smart city” than Singapore.
That’s an easy statement to justify. Singapore is an island city-state just 30 miles across that has been governed by the same party for decades. Putting the implied democratic flaws to one side, the geography and political stability of Singapore have aided the city in preparing for the future.

Two years ago, those preparations got a name: “Smart Nation,” an ambitious program to push the city, its residents and its government into the digital age. Or perhaps, even further. A fiber network already stretches the length and breadth of the island, bringing high-speed internet access to every home and office; there are already three mobile devices for every two of its citizens. This is about the next step.

The Smart Nation initiative looks to turn the island into a “living laboratory” — a kind of playground for testing smart solutions to urban issues. Part of that plan is a network of sensors placed across the island that officials hope can solve the fundamental issues of Singapore’s high-density living.

Speaking with Engadget, Dr. Vivian Balakrishnan, the country’s minister for foreign affairs and minister-in-charge of the Smart Nation Initiative, spelled out how he believes the program will transform Singapore.

“There is much political angst about inequality and middle-class stagnation in developed economies,” he said. “This has been accompanied by loud, populist and ultimately futile arguments about yesterday’s ideology and politics. … In Singapore, we know that new technology trumps politics as usual.”

What Dr. Balakrishnan is alluding to is that, rather than being about talk, Smart Nation is about action. It’s pushing forward with trials across many sectors, focusing on “areas with high impact on residents and citizens.” For now, that means housing, health and transport.

When you think of public housing, your mind probably goes to the low-income tower blocks in generally deprived areas around North America and Europe. In Singapore, the scope of public housing is far more broad. More than 80 percent of residents (3.2 million people) live in affordable apartments maintained by the country’s Housing and Development Board(HDB). This huge pool of public housing provides an unparalleled testing ground for some of Smart Nation’s ideas.

In the Yuhua estate, one of the first neighborhoods to “go smart,” thousands of sensors have been installed to keep tabs on individual apartments. In partnership with private companies, authorities are able to measure energy draw, waste production and water usage in real time. The latter is a real issue for an island that, although making strides toward water independence, still imports tens of billions of gallons of water from neighboring Malaysia each year. As part of the pilot, Yuhua has also “gone green,” with a new vacuum waste-management system, solar panels and water-reclamation efforts.

Through smart applications, the sensors provide residents with feedback on their behavior, helping them to use less water, electricity and so on, driving down household costs. The government, in turn, is able to aggregate this data, using analytics and computer simulation to improve the planning, design and maintenance of public housing estates. And that pattern — programs benefiting both individuals and the country as a whole — repeats itself throughout Smart Nation’s myriad initiatives.