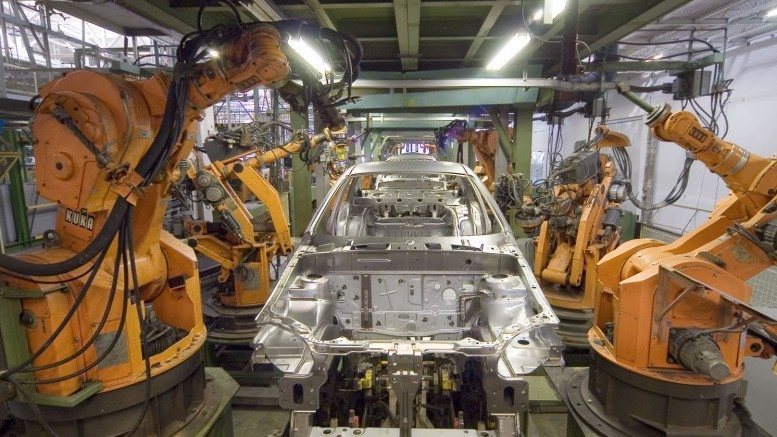 TN has been warning that robots will displace so many workers that the government will be forced ot pay a univeral basic income to everyone. This outcome is already being ‘tested’ by Y Combinator. Universal basic income was a core element of Technocracy specified in the 1930s. ⁃ TN Editor

Computers, intelligent machines, and robots seem like the workforce of the future. And as more and more jobs are replaced by technology, people will have less work to do and ultimately will be sustained by payments from the government, predicts Elon Musk, the iconic Silicon Valley futurist who is the founder and CEO of SolarCity, Tesla, and SpaceX.

According to Musk, there really won’t be any other options.

“There is a pretty good chance we end up with a universal basic income, or something like that, due to automation,” says Musk to CNBC. “Yeah, I am not sure what else one would do. I think that is what would happen.”

In a country with universal basic income, each individual gets a regular check from the government. Switzerland considered instituting a universal basic income of 2,500 Swiss francs ($2578) a month this summer. Voters ultimately rejected the plan, but it sparked a broad, global conversation.

Also this summer, President Obama addressed the idea of a universal basic income in an interview with the Director of MIT’s Media Lab, Joi Ito, and Scott Dadich, editor in chief of WIRED: “Whether a universal income is the right model — is it gonna be accepted by a broad base of people? — that’s a debate that we’ll be having over the next 10 or 20 years.”

While society is slowly mulling over the idea of a basic human income, technology is rapidly changing the global workforce.

For example, in the future, semi-trailer trucks will be able to drive themselves. And though that won’t become the status quo for a while, it will mean that there won’t be a need for quite as many truck drivers, says Musk.

Some drivers will transition to fleet operators, responsible for monitoring the status of a fleet of trucks, not any one individual truck. If a truck appears to be having issues, then the fleet operator would come in remotely and solve the problem.

It’s likely those truck drivers who no longer have a job might see the situation differently.

Well the government already pays me welfare so I won’t notice much change personally. Hopefully everybody will finally know what it’s like to not be a wageslave and hopefully we get even more money.

Just have to scrape by on peanuts for another 20 years, all the while giggling quietly at soon-to-be useless fast food and Walmart employees.

Do you think they would honestly give us that money ,If we become of no use to them ,would be no reason to make us think we would get paid ,or even care, We will be used as laborers untill the time we are no longer needed