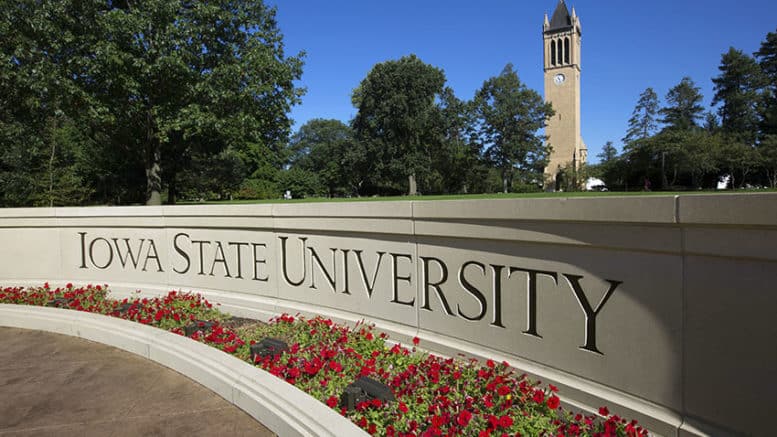 Posted By: Christian Schneider via The College Fix November 11, 2019

Please Share This Story!
PDF 📄
If the logical end of Progressivism is total insanity, then we are very close to or at the end on most college campuses. The United Nations uses its SDG’s to incessantly push for ‘inclusiveness and equality for every person everywhere’. Be careful what you wish for.

As documented in Technocracy Rising: The Trojan Horse of Globalization, Progressivism is part of the root of Technocracy and Transhumanism. In the latter stages, Progressivism leads to  mental instability, breaks with reality and other severe emotional problems. ⁃ TN Editor

In an Iowa State University classroom recently, students began discussing the touchy issues of abortion and birth control when a student spoke up and declared those topics to be “women’s issues.”

Yet one dissatisfied student took to the university’s Campus Climate reporting website to complain that the discussion, which took place in September, was offensive to the trans community.

According to the student, declaring abortion and birth control women-centric issues “erases trans men and people who are non-binary who get abortions and/or use birth control.”

This report was one of 49 filed with Iowa State’s “Campus Climate” staff over the last year obtained last week by The College Fix through a public records act request. (The names of the individuals involved were redacted by the university to protect their identities.)

The Iowa State climate program is similar to so-called bias response teams at other universities, and it aims to “provide support for those who report being impacted by hate, intolerance or bias on campus.”

According to the university’s website, the climate team may ask those named in complaints to engage in “constructive dialogue,” although officials insist there are no “disciplinary sanctions” imposed.

Iowa State spokeswoman Angela Hunt told The College Fix that information collected from the website is “shared with campus partners who follow normal protocols for their unit.”

Hunt said the campus climate reporting process has been in effect since 2017, and noted the Campus Climate Response Team includes members from the Office of Equal Opportunity, Diversity and Inclusion, Dean of Students Office, Department of Residence, ISU Police Department, Office of the Senior Vice President and Provost, University Counsel, University Human Resources and Strategic Relations and Communications.

“Reports through the website are referred to the appropriate partner who will determine what, if any, next steps will be taken by their administrative unit,” Hunt said in an e-mail to The Fix.

In the past year, the climate reporting system, which allows students and faculty members to anonymously report one another, has been used frequently by transgender activists to inform on professors and other campus institutions. Of the 49 reports, about 20 percent dealt with issues such as “trans erasure” or “misgendering.”

In August 2018, a student reported having a discussion with their music professor about gender and pronouns, but complained the professor was still having problems with “misgendering.”

“Today was worse,” the student wrote, “in that I corrected him twice and on the second time he said ‘He, she, it, whatever.’”

A week later, a student reported another professor for joking that students should be able to tell an individual’s sex just by looking at them. “He then made a face expressing uneasiness,” the student wrote.

In another complaint, a student last fall visited Thielen psychiatric services on campus, and while filling out the paperwork, noticed only women were asked when they had their last menstrual cycle.

The student was concerned that merely seeing the question could be damaging to trans individuals, saying it could “trigger dysphoria in people seeking health services at Thielen.”

And in December, a transgender student changed their name in the school computer system, only to later find out the computer switched back to their “dead name.”

“This is a possibly dangerous situation for me since I am a forestry major and my program is more conservative,” the student wrote. “Seeing or hearing the name causing me [sic] intense mental grief and I literally cannot take it.”

Metal Illness is encouraged on our college campuses. Just wonderful.

Completely stupid! There is only one explanation. Romans 1:24