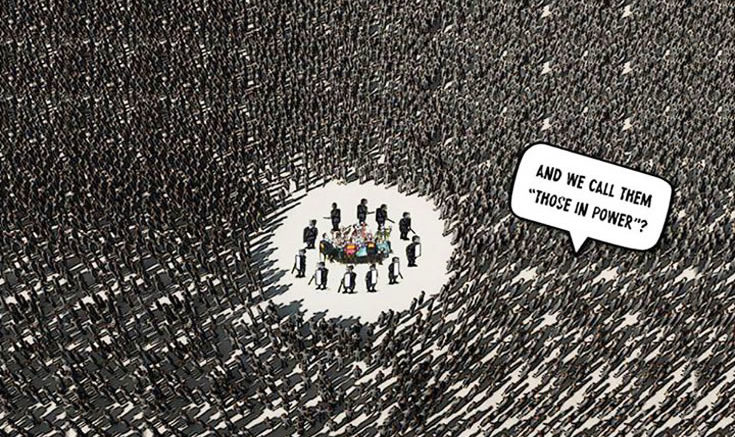 Charles Hugh Smith makes the case that Technocrats are the guiding hand behind government and industry alike. If you cross them, you’re simply out of the game. The rising power of Technocrats has gone unchecked for way too long, and promises a Scientific Dictatorship if not dealt with soon. ⁃ TN Editor

We are in a very peculiar ideological and political place in which Democracy (oh sainted Democracy) is a very good thing, unless the voters reject the technocrat class’s leadership. Then the velvet gloves come off. From the perspective of the elites and their technocrat apparatchiks, elections have only one purpose: to rubberstamp their leadership.

As a general rule, this is easily managed by spending hundreds of millions of dollars on advertising and bribes to the cartels and insider fiefdoms who pony up most of the cash.

This is why incumbents win the vast majority of elections. Once in power, they issue the bribes and payoffs needed to guarantee funding next election cycle.

The occasional incumbent who is voted out of office made one of two mistakes:

1. He/she showed a very troubling bit of independence from the technocrat status quo, so a more orthodox candidate is selected to eliminate him/her.

2. The incumbent forgot to put on a charade of “listening to my constituency” etc.

If restive voters can’t be bamboozled into passively supporting the technocrat status quo with the usual propaganda, divide and conquer is the preferred strategy. Only voting for the technocrat class (of any party, it doesn’t really matter) will save us from the evil Other: Deplorables, socialists, commies, fascists, etc.

In extreme cases where the masses confound the status quo by voting against the technocrat class (i.e. against globalization, financialization, Empire), then the elites/technocrats will punish them with austerity or a managed recession.The technocrat’s core ideology boils down to this:

1. The masses are dangerously incapable of making wise decisions about anything, so we have to persuade them to do our bidding. Any dissent will be punished, marginalized, censored or shut down under some pretext of “protecting the public” or violation of some open-ended statute.

2. To insure this happy outcome, we must use all the powers of propaganda, up to and including rigged statistics, bogus “facts” (official fake news can’t be fake news, etc.), divide and conquer, fear-mongering, misdirection and so on.

3. We must relentlessly centralize all power, wealth and authority so the masses have no escape or independence left to threaten us. We must control everything, for their own good of course.

4. Globalization must be presented not as a gargantuan fraud that has stripmined the planet and its inhabitants, but as the sole wellspring of endless, permanent prosperity.

5. If the masses refuse to rubberstamp our leadership, they will be punished and told the source of their punishment is their rejection of globalization, financialization and Empire.

Technocrats rule the world, East and West alike. My two favorite charts of the outcome of technocrats running things to suit their elite masters are:

The state-cartel-crony-capitalist version: the top .1% skim the vast majority of the gains in income and wealth. Globalization, financialization and Empire sure do rack up impressive gains. Too bad they’re concentrated in the top 1.%. 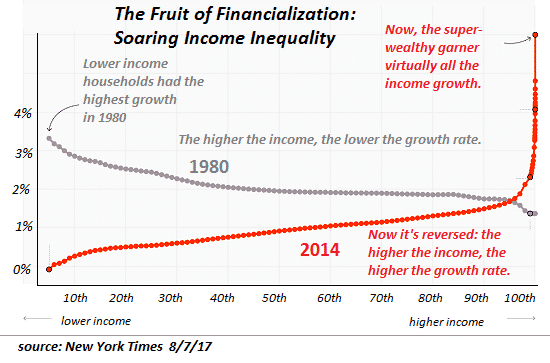 The state-crony-socialist version: the currency is destroyed, impoverishing everyone but the top .1% who transferred their wealth to Miami, London and Zurich long ago. Hmm, do you discern a pattern here in the elite-technocrat regime? 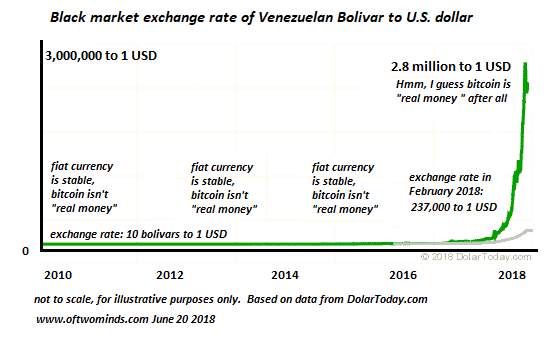 Ideology is just a cover you slip over the machine to mask what’s really going on.