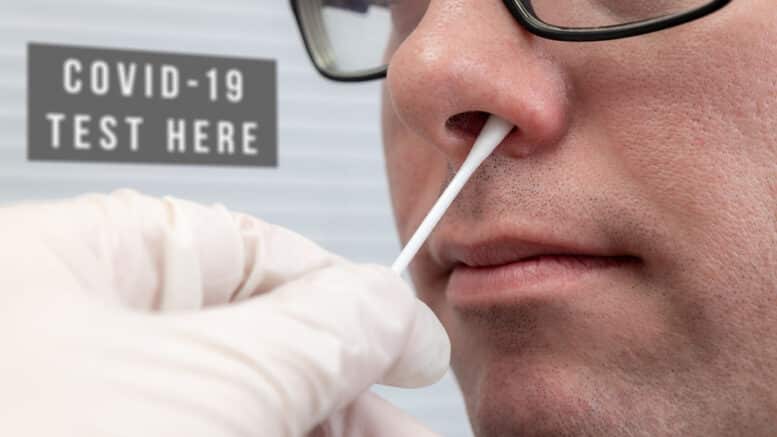 Posted By: Daniel Horowitz via The Blaze September 25, 2020

Please Share This Story!
PDF 📄
The Technocrat narrative for lockdown and quarantine is rapidly mutating into a “casedemic” where only suspected infections exist without respect to severity, symptoms, hospitalizations or death. Further, almost every state in America is questioning the accuracy of existing COVID-19 tests.

Technocrats who are gaming the medical community have no interest in health care or “saving lives.” Their object is gaining total control over the human condition. ⁃ TN Editor

Unlike the virus, the phobia from the virus only gets worse and never achieves immunity.

Several weeks into the new semester, I’m sure most of you have seen the panicked headlines that are bean-counting the number of COVID-19 cases found on college campuses. What you likely did not notice buried under the headlines is that nobody is dying from these cases and very few would even know they had any pathogen if not for the obsession over testing college students and the super-sensitivity of those tests. Yet a virus that is largely less disruptive than seasonal illnesses for young adults is now being used as a pretext to turn colleges campuses into prisons for students.

As of last Friday, the University of Alabama system reported 1,368 positive cases across its three campuses. But here’s the kicker: There has not been a single hospitalization among them. Thus, all the cases have been sub-clinical. What they fail to report is how many of the illnesses even rise to the level of the flu and how many are downright asymptomatic. A “casedemic” is an epidemic that can only be identified by mass testing, because cases are so mild that people don’t know they have a virus. It carries no surge in hospitalization or rampant illness.

The New York Times has already reported that up to 90 percent of positive cases in several states are only positive because of the hypersensitivity of the tests, which are picking up viruses that are either already dead or too low in quantity to transmit. That would help explain why we are not seeing any meaningful outbreak of serious illness across any school, camp, or college setting despite frantic headlines about the number of reported “cases.”

The lack of transmission capability in most reported positive cases would also help explain why Dr. Ricky Friend, the dean of the University of Alabama’s College of Community Health Sciences, noted that there was “no evidence of virus transmission due to in-person class instruction.” It’s very likely that these PCR tests are picking up viruses that these students contracted several weeks ago in their homes and communities from older adults before the semester began.

Unfortunately, the good news is lost on the leadership of America’s universities. In many ways, the fact that there are many cases, though with no hospitalizations, is more propitious news than finding no cases at all. In the latter scenario, one could always fret over the eventuality of a spread and its potential for destruction. Now that we are actually facing the virus head-on and discovering cases, we are seeing that there is nothing to worry about among young people. Moreover, the cases among college students ensure that they achieve herd immunity earlier and also contribute toward shielding the vulnerable by burning out the virus in this low-risk population.

According to the CDC, not a single college or school-age Alabamian has died from COVID-19. Contrast that to alcohol-related car crashes on college campuses, which often cause close to 2,000 fatalities a year nationwide. Imagine if every college had a dashboard for every drug or alcohol hospitalization or for every case of the flu or other seasonal illness and used those numbers as a pretext for shutting down classes or placing students under de facto house arrest. Imagine if we had mass testing with hypersensitive amplification to check for any pathogen in the body of a college student and then recorded it on a dashboard without any context provided about the severity of the illness.

If the infinitesimal risk of coronavirus is the new threshold for locking down college kids, then we have a generation of young people who will face a growing mental health crisis. The restrictions are so draconian that many colleges have essentially confined their students to dorm rooms and are suspending students for simply living their lives. Imagine the effects of social isolation on kids who left their homes only to be confined within the college campus.

The second wave is going to be the 5G Killer wave where real numbers die through no oxygen being taken up by their blood due to the radiation of 60 GHz being used in bursts over populations of cities and towns where they have been rushing to put up the towers… and due to useless ‘CASES’,all will be in LOCKDOWN to make sure you are targeted properly, how very sinister these psychos are..