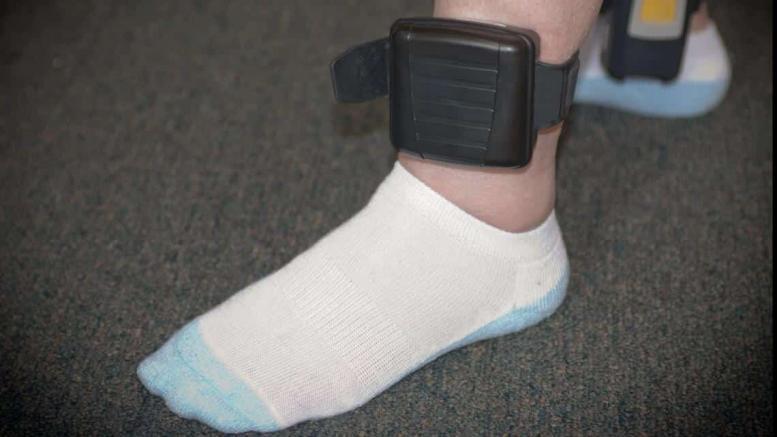 The bigger risk to America is when the abnormal becomes the new normal after the threat of COVID-19 subsides. Too many autocrats in leadership are overstepping the Constitution and are emboldened to continue the abuses. ⁃ TN Editor

“Everything can be taken from a man but one thing: the last of the human freedoms — to choose one’s attitude in any given set of circumstances, to choose one’s own way.”—Viktor Frankl

We still have choices.

Just because we’re fighting an unseen enemy in the form of a virus doesn’t mean we have to relinquish every shred of our humanity, our common sense, or our freedoms to a nanny state that thinks it can do a better job of keeping us safe.

Whatever we give up willingly now—whether it’s basic human decency, the ability to manage our private affairs, the right to have a say in how the government navigates this crisis, or the few rights still left to us that haven’t been disemboweled in recent years by a power-hungry police state—we won’t get back so easily once this crisis is past.

Every day brings a drastic new set of restrictions by government bodies (most have been delivered by way of executive orders) at the local, state and federal level that are eager to flex their muscles for the so-called “good” of the populace.

This is where we run the risk of this whole fly-by-night operation going completely off the rails.

It’s one thing to attempt an experiment in social distancing in order to flatten the curve of this virus because we can’t afford to risk overwhelming the hospitals and exposing the most vulnerable in the nation to unavoidable loss of life scenarios. However, there’s a fine line between strongly worded suggestions for citizens to voluntarily stay at home and strong-armed house arrest orders with penalties in place for non-compliance.

More than three-quarters of all Americans have now been ordered to stay at home and that number is growing as more states fall in line.

Schools have cancelled physical classes, many for the remainder of the academic year.

Many of the states have banned gatherings of more than 10 people.

In Washington, DC, residents face 90 days in jail and a $5,000 fine if they leave their homes during the coronavirus outbreak. Residents of Maryland, Hawaii and Washington State also risk severe penalties of up to a year in prison and a $5,000 fine for violating the stay-at-home orders. Violators in Alaska could face jail time and up to $25,000 in fines.

Kentucky residents are prohibited from traveling outside the state, with a few exceptions.

New York City, the epicenter of the COVID-19 outbreak in the U.S., is offering its Rikers Island prisoners $6 an hour to help dig mass graves.

In San Francisco, cannabis dispensaries were included among the essential businesses allowed to keep operating during the city-wide lockdown.

New Jersey’s governor canceled gatherings of any number, including parties, weddings and religious ceremonies, and warned the restrictions could continue for weeks or months. One city actually threatened to prosecute residents who spread false information about the virus.

Oregon banned all nonessential social and recreational gatherings, regardless of size.

Rhode Island has given police the go-ahead to pull over anyone with New York license plates to record their contact information and order them to self-quarantine for 14 days.

South Carolina’s police have been empowered to break up any public gatherings of more than three people.

Of course, there are exceptions to all of these stay-at-home orders (in more than 30 states and counting), the longest of which runs until June 10. Essential workers (doctors, firefighters, police and grocery store workers) can go to work. Everyone else will have to fit themselves into a variety of exceptions in order to leave their homes: for grocery runs, doctor visits, to get exercise, to visit a family member, etc.

Throughout the country, more than 14,000 “Citizen-Soldiers” of the National Guard have been mobilized to support the states and the federal government in their fight against the coronavirus. While the Guard officials insist they have not been tasked with martial law, they are coordinating with the Pentagon, FEMA and the states/territories on COVID-19 response missions.

A quick civics lesson: Martial law is a raw exercise of executive power that can override the other branches of government and assume control over the functioning of a nation, state, or smaller area within a state. The power has been exercised by the president, as President Lincoln did soon after the start of the Civil War, and by governors, as was done in Idaho to quell a miner’s strike that broke out there in 1892.

In areas under martial law, all power rests with the military authority in charge. As British General Wellington wrote, “martial law” is not law at all, but martial rule; it abolishes all law and substitutes for it the will of the military commander. Military personnel are not bound by constitutional restrictions requiring a warrant, and may enter and search homes at without judicial authorization or oversight. Indeed, civil courts would no longer be functioning to hear citizen complaints or to enforce their constitutional rights.

Thus far, we have not breached the Constitution’s crisis point: martial law has yet to be overtly imposed (although an argument could be made to the contrary given the militarized nature of the American police state).

It’s just a matter of time before all hell breaks loose.

If this is not the defining point at which we cross over into all-out totalitarianism, then it is at a minimum a test to see how easily we will surrender.

Curiously enough, although Americans have been generally compliant with the government’s suggestions and orders with a few notable exceptions, there’s been a small groundswell of resistance within parts of the religious community over whether churches, synagogues and other religious institutions that hold worship services should be exempt from state-wide bans on mass gatherings. While many churches have resorted to drive-in services and live-streamed services for its congregants, others have refused to close their doors. One pastor of a 4,000-member church who stood his ground, claiming that the government’s orders violate his right to religious freedom, was arrested after holding multiple church services during which attendees were reportedly given hand sanitizer and made to keep a six-foot distance between family groups.

It’s an interesting test of the First Amendment’s freedom of assembly and religious freedom clauses versus the government’s compelling state interest in prohibiting mass gatherings in order to prevent the spread of the virus.