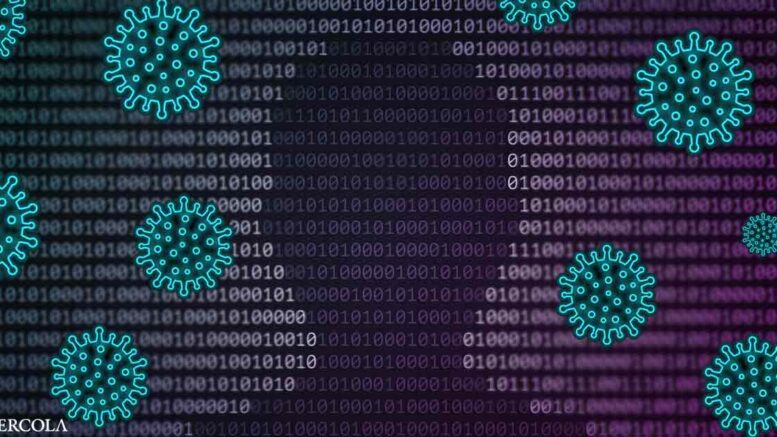 Please Share This Story!
PDF 📄
Mercola: “The Great Reset is about getting rid of capitalism and free enterprise, and replacing them with technocracy, publicly referred to as “sustainable development” and “stakeholder capitalism”.

Dr. Joseph Mercola is among the few researchers and writers who truly understand what Technocracy is and where it is headed. He has repeatedly published articles calling it like it is and warning Americans of the clear and present danger.⁃ TN Editor

What is this “Great Reset” we’re now hearing about? In a nutshell, the Great Reset refers to a global agenda to monitor and control the world through digital surveillance.

As explained by journalist James Corbett in his October 16, 2020, Corbett Report above,1 the Great Reset is a new “social contract” that ties every person to it through an electronic ID linked to your bank account and health records, and a social credit ID that will end up dictating every facet of your life.

It’s about getting rid of capitalism and free enterprise, and replacing them with “sustainable development” and “stakeholder capitalism” — terms that belie their nefarious, anti-humanity intents. As noted in the book, “Technocracy: The Hard Road to World Order”:2

In her blog post “The Great Reset for Dummies,” Tessa Lena summarizes the purpose behind the call for a global “reset”:3

“The mathematical reason for the Great Reset is that thanks to technology, the planet has gotten small, and the infinite expansion economic model is bust — but obviously, the super wealthy want to continue staying super wealthy, and so they need a miracle, another bubble, plus a surgically precise system for managing what they perceive as ‘their limited resources.’

Thus, they desperately want a bubble providing new growth out of thin air — literally — while simultaneously they seek to tighten the peasants’ belts, an effort that starts with ‘behavioral modification,’ a.k.a. resetting the western peasants’ sense of entitlement to high life standards and liberties (see awful ‘privilege’).

The psychological reason for the Great Reset is the fear of losing control of property, the planet. I suppose, if you own billions and move trillions, your perception of reality gets funky, and everything down below looks like an ant hill that exists for you. Just ants and numbers, your assets. Thus, the practical aim of the Great Reset is to fundamentally restructure the world’s economy and geopolitical relations based on two assumptions:

One, that every element of nature and every life form is a part of the global inventory (managed by the allegedly benevolent state, which, in turn, is owned by several suddenly benevolent wealthy people, via technology).

And two, that all inventory needs to be strictly accounted for: be registered in a central database, be readable by a scanner and easily ID’ed, and be managed by AI, using the latest ‘science.’

The goal is to count and then efficiently manage and control all resources, including people, on an unprecedented scale, with unprecedented digital … precision — all while the masters keep indulging, enjoying vast patches of conserved nature, free of unnecessary sovereign peasants and their unpredictability.” 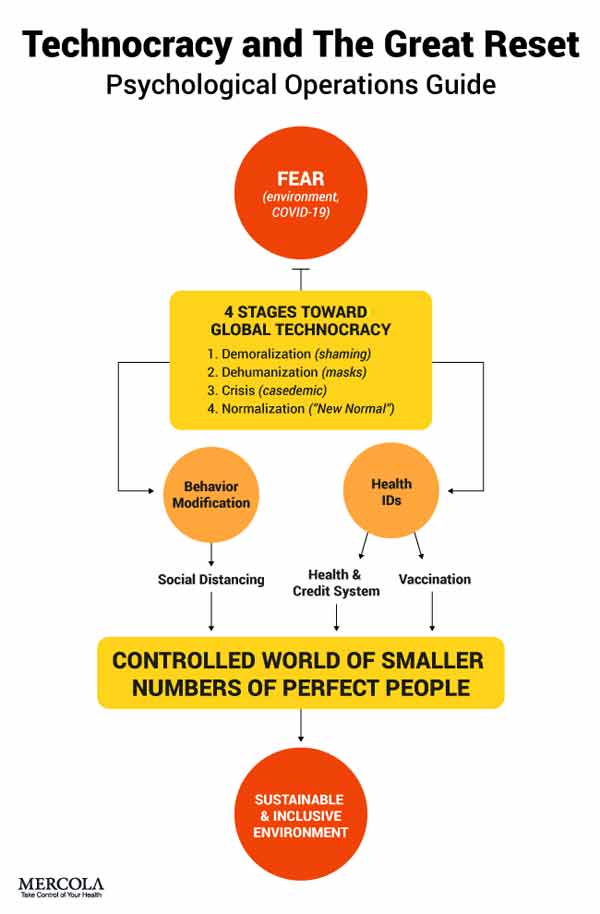 Global Asset Reallocations Will Not Benefit ‘the People’

These new global “assets” can also be turned into brand new financial instruments that can then be traded. An example of this was given by Vandana Shiva, Ph.D., in my interview with her.

In it, she explained how India is headed toward Zero-Budget Natural Farming — a brand-new concept of farming in which farmers must trade the carbon rate in their soil on the global market if they want to make a living. They’ll get no money at all for the crops they actually grow.

There’s not a single area of life that is left out of this Great Reset plan. The planned reform will affect everything from government, energy and finance to food, medicine, real estate, policing and even how we interact with our fellow human beings in general.

Privacy protections, of course, are a major hurdle in this plan, which is why every effort is made to get people to loosen their views on the right for privacy. In the U.S., we also have the Constitution that stands in the way, which is why efforts to undermine, circumvent, ignore or nullify it are increasing.

“To sum it up, the desired end result is a giant, joyless, highly controlled global conveyor of everything and everybody where privacy is tremendously expensive, dissent is unthinkable, and spiritual submission is mandatory.

It’s like a 24/7 medicated reality, except the medications are both chemical and digital, and they are reporting you back to the mothership, which can then punish you for bad behavior by, say, blocking your access to certain places or by putting a hold on your digital bank account — perhaps without any human intervention at all,” Lena writes.4

An October 5, 2020, Winter Oak article5 addressed the “technocratic fascist vision” of professor Klaus Schwab, founder and executive chairman of the World Economic Forum who wrote the book on the Fourth Industrial Revolution. Schwab announced the World Economic Forum’s Great Reset Initiative in June 2020, which includes stripping all people of their privately owned assets.

In addition to being a staunch technocrat, Schwab also has a strong transhumanist bend, and he has spoken of a near future in which humans merge with machines and in which law enforcement will be able to read our mind.6

Winter Oak — a British nonprofit social justice organization — points out that Schwab and his globalist accomplices are using the COVID-19 pandemic “to bypass democratic accountability, to override opposition, to accelerate their agenda and to impose it on the rest of humankind against our will.”

Ultimately, the Great Reset will result in two tiers or people: The technocratic elite, who have all the power and rule over all assets, and the rest of humanity, who have no power, no assets and no say-so in anything.

This is no conspiracy theory. The plan is out in the open. As noted by Time magazine,7 “The COVID-19 pandemic has provided a unique opportunity to think about the kind of future we want.” The same statement has been delivered by a number of politicians and organizations around the world in recent months.

Schwab’s book,8,9 “COVID-19: The Great Reset” also urges industry leaders and decision makers to “make good use of the pandemic” and “not letting the crisis go to waste.” Incidentally, the owner of Time magazine and founder of Salesforce, Mark Benioff, is also a board member of the World Economic Forum,10 so he’s clearly familiar with the reset plan.

The problem is that while the plan is being sold as a way to, finally, make life fair and equitable for all people, the required sacrifices do not apply to the technocrats running the system. Ultimately, the Great Reset will result in two tiers or people: the technocratic elite, who have all the power and rule over all assets, and the rest of humanity, who have no power, no assets and no say-so in anything.

While technocracy is not a political system but an economic one, in practical terms it does resemble fascism. None of it is being sold under the banner of fascism, of course. Instead, they use financial terms like “stakeholder capitalism,” described by Forbes magazine11 as “the notion that a firm focuses on meeting the needs of all its stakeholders: customers, employees, partners, the community and society as a whole.”

Klaus Schwab wrote, “The 4th Industrial Revolution”, which reminds me of; “After this I (Daniel) saw in the night visons, and behold a fourth beast (Reborn Roman Empire) dreadful and terrible, and strong exceedingly; and it had great iron teeth: it devoured and brake in pieces, and stamped the residue with the feet of it: and it was diverse from all the beasts (1-Babylon, 2-Greece, 3-Medo-Persia) that were before it; and it had ten horns (10 world leaders). Daniel 7:7. This is our future, and it means a one world government which is now in process. It will devour the… Read more »

The second link you gave is not the good one, could you give it again, I’m interested! Thank you!

Revelation tells us of 2 great beasts that would control mankind in the end times and these 2 great beast will ultimately be controlled by 2 men, the AC and the False Prophet. The AC will control the Beast that comes from the sea (of people), which is Daniel 4th Beast that consumes the whole world (UN). We are told this beast will have a lion’s mouth and that it will come from the Lion(England) who has it’s Eagle(US) wings ripped off (war of independence) and later this Lion Beast man will arise (see coat of arms of the RoYLS)… Read more »