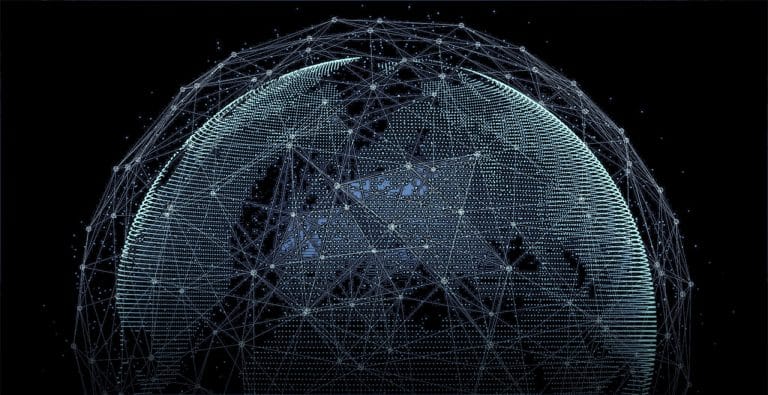 Please Share This Story!
PDF 📄
Former Twitter CEO Jack Dorsey and a group of tech titans are banding together to upend finance and governance structures with blockchain innovations, loosely called ‘Web3’. Offered on the basis of decentralization from existing power structures, it could easily morph into a system of total control over everything on earth. ⁃ TN Editor

Members of the tech elite are banding together to bring the Web back to its idealist origins. They call their vision ‘Web3.’

The internet hasn’t turned out the way it was supposed to.

In its earliest incarnation, before some Wall Street Journal readers were born and the rest had fewer automatically renewing digital subscriptions, it was supposed to be distributed, user-controlled and, in a word, democratic.

What if there was another way?

What if, to take but one example, users of social networks collectively owned them, or at least could vote on how they were run and what kind of speech they allowed? And what if similar questions could be asked of just about any tech company whose primary product is software and services—whether financial, cloud computing, or even entertainment-related?

These are the questions investors, engineers and more than a few starry-eyed tech dreamers are asking themselves—among them former Twitter Chief Executive Jack Dorsey, whose interest in these questions helps explain his sudden departure from Twitter.

The answers are taking the form of services and apps that are the first outlines of what their creators hope will someday eat the internet completely: a distributed, democratically ruled “Web 3.0” or “Web3” that will rise like a phoenix of 1990s-era Web 1.0-idealism from out of the ashes of the corporation-controlled Web 2.0 that all of us currently inhabit.

Here’s the basic idea: New technologies like blockchain present the opportunity to loosen the centralized stranglehold that companies and governments have over everything from internet platforms to intellectual property to the creation and distribution of money. These technologies operate by spreading responsibility or ownership among a group of users, who, for example, use their computing power to electronically fabricate—or “mine”—cryptocurrency, or record transactions for digital art.

These technologies represent an evolution of cryptocurrency beyond bitcoin—which some in crypto communities now deride as mere “digital gold.” In addition to monetary value, the “tokens” that make up these systems are each also encoded with information that has some other use, whether it’s membership in a club, the right to vote on how a company conducts itself, or even just data.

The blockchains that underlie all this are just ledgers of information stored on many different computers at once. This lets any given blockchain be resistant to control by a government or corporation, and lets people exchange tokens on that blockchain securely and transparently.

This future, a second chance to use technology to upend traditional power structures, is being trumpeted by silver-tongued hype-people of every stripe, from venture capitalists to armchair oracles on social media.

Others see the entire enterprise as worse than a waste of time. They view bitcoin as a currency with an outsize (and, many argue, completely unnecessary) energy and carbon footprint. And they see crypto broadly as a classic, doomed to fail techno-solutionism (the belief that technology can solve any problem) Ponzi scheme pushed by latter-day medicine-show hucksters eager to exit their investments in unregulated securities before the market collapses or the Securities and Exchange Commission gets around to regulating them.

Mr. Dorsey, no quack, is clearly in the believers’ camp—and is, indeed, one of its most prominent members. In July he told investors bitcoin would be a big part of Twitter’s future, and in August he tweeted that it would unite the world.

His departure from Twitter reflects the allure that Web3 has for many of those in the tech elite. Mr. Dorsey is now full-time at Block—the new name he gave to Square, his digital payments company, where he is enthusiastically championing cryptocurrency.

twitter banned trump. for life. so he has no credibility concerning how things should be. the last person who should be deciding what is ‘proper’ is dorsey who should be cleaning windshields with newspaper at some street corner in some God-forsaken city run by Dems.

If there is money to be made and the power mongers are involved the entire endeavor will not be as written/quoted herein. Look at the track records of those involved. They may talk a big game about a new ‘democratic’ playing field, but these people DO propaganda for a living. Do you believe anyone who is known as a professional liar? If so, I have a bridge I’ll sell you.

Hi Patrick, Have you looked into what Qortal is doing in the internet space? https://wiki.qortal.org/doku.php?id=qortal_101