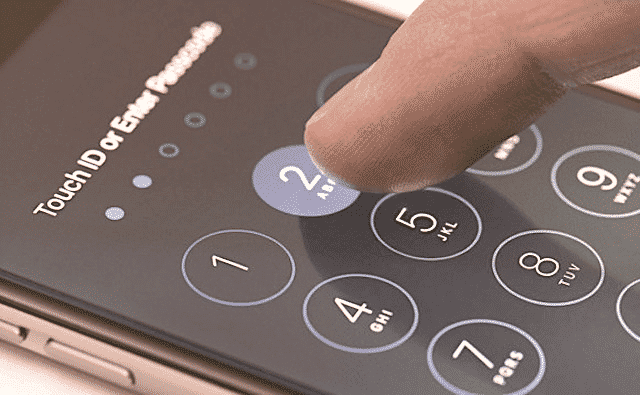 Can a person be forced to supply incriminating evidence against themselves? Not according to the Constitution, but judges are taking a different interpretation. Truly, this man could be guilty, but it is up to the state to prove its case and supply its own evidence. The defendant should not be forced to testify against himself. ⁃ TN Editor

A Hollywood man must serve 180 days in jail for refusing to give up his iPhone password to police, a Broward judge ruled Tuesday — the latest salvo in intensifying legal battles over law-enforcement access to smart phones.

Christopher Wheeler, 41, was taken into custody in a Broward Circuit Court, insisting he had already provided the pass code to police investigating him for child abuse, although the number did not work.

“I swear, under oath, I’ve given them the password,” a distraught Wheeler, his hands handcuffed behind his back, told Circuit Judge Michael Rothschild, who earlier in May found the man guilty of contempt of court.

As Wheeler was jailed Tuesday, the same issue was unfolding in Miami-Dade for a man accused of extorting a social-media celebrity over stolen sex videos.

That man, Wesley Victor, and his girlfriend had been ordered by a judge to produce a pass code to phones suspected of containing text messages showing their collusion in the extortion plot.

Victor claimed he didn’t remember the number. He prevailed.

On Tuesday, Miami-Dade Circuit Judge Charles Johnson ruled that there was no way to prove that Victor actually remembered his pass code, more than 10 months after his initial arrest. Johnson declined to hold the man in contempt of court.

“The judge made the right call,” said his lawyer, Zeljka Bozanic. “My client testified he did not remember. It’s been almost a year. Many people, including myself, can’t remember passwords from a year ago.”

Victor and his girlfriend, reality TV star Hencha Voigt, are accused of threatening to release sex videos stolen from Miami social-media celebrity YesJulz in exchange for $18,000. Voigt is also facing a contempt of court charge — she provided her pass code, but it did not work.

She’ll appear in court next week to explain why.