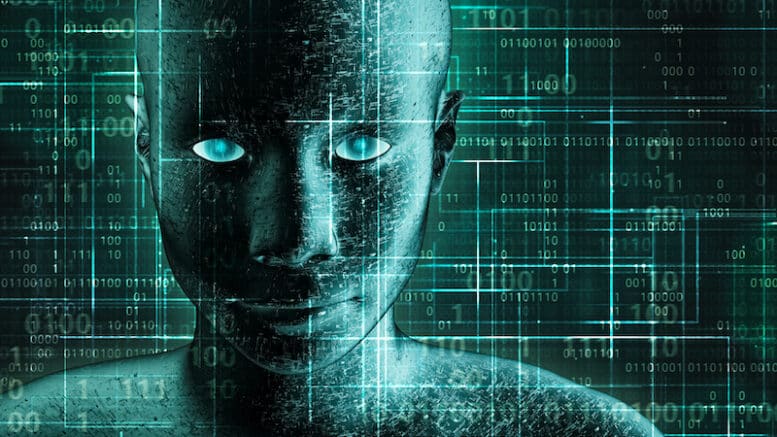 Please Share This Story!
PDF 📄
Transhumanism is a metaphysical belief system that immortality can be achieved by applying advanced science to the human condition. It is based on Scientism, as is Technocracy. The Technocracy Utopia would ostensibly be populated by Transhumans. ⁃ TN Editor

In a recent Wall Street Journal essay, “Looking Forward to the End of Humanity”, Adam Kirsch posits a technological push, impelled by the global coronavirus pandemic, that would abolish death:

Eternal life through advanced technology seems like a pipe dream for a society that, until recently, had trouble manufacturing enough masks to save doctors’ and nurses’ lives. Yet Covid-19 may turn out to be just the kind of crisis needed to turbocharge efforts to create what its advocates call a “transhuman” future. With our biological fragility more obvious than ever, many people will be ready to embrace the message of the Transhumanist Declaration, an eight-point program first issued in 1998: “We envision the possibility of broadening human potential by overcoming aging, cognitive shortcomings, involuntary suffering and our confinement to planet Earth.”

There is an abundance of well respected thinkers who believe this is possible, including Google Ventures founder Bill Maris, cited in the article, and Yuval Noah Harari, in his Homo Deus sets the tone early on by declaring:

In the twenty-first century, humans are likely to make a serious bid for immortality….Humans always die due to some technical glitch….Nothing metaphysical about it. It is all technical problems.

Then of course, no discussion techno-utopianism would be complete without Ray Kurzweil, who posits a “technological singularity” which would provide for a personalized and totally controlled universe for every human, one where they would be in complete control to experience whatever they desired, for all eternity, once we all upload our consciousnesses into the cloud.

The WSJ piece hits on the same theme:

Today, cognitive scientists often compare the brain to hardware and the mind to the software that runs on it. But a software program is just information, and in principle there’s no reason why the information of consciousness has to be encoded in neurons.

The Human Connectome Project, launched in 2009 by the National Institutes of Health, describes itself as “an ambitious effort to map the neural pathways that underlie human brain function.” If those pathways could be completely mapped and translated into digital 0s and 1s, the data could be uploaded to a computer, where it could survive indefinitely.

Does any of this sound like heaven? Or paradise? Valhalla? That’s not surprising because Scientism (as distinct from exploration and discovery using the scientific method) has ushered in a new era of material reductionism so that religion, spirituality, or any other non-material aspect of reality that cannot be readily quantified have been stripped of relevance and meaning in our Brave New World.

Something has to fill the void that the absence of religion and spirituality will vacate. In my next book, The Singularity Has Been #Canceled, I posit that this vacuum will be filled with techno-utopian thinking, which will pull forward utopia and everlasting bliss from the next life, and via the promise of expertly managed technology, roll it out into this one.

They all have vain imaginations. There is no eternal life through man’s efforts. Yes, we were created eternal beings by God. We have a soul/spirit and they cannot take their spirit and move it into a machine, or clone themselves, or freeze themselves, or whatever moronic thing they can think of. When a person dies, and he will he will either go to hell awaiting judgment or to heaven straight to Jesus. Christ died for our sins according to the scriptures; and that he was buried, and that he rose again the third day according to the scriptures; 1 Corinthians… Read more »

It was during or soon after the 1999 attack on Yugoslavia that I first came on the expression “ a post human society”, advocated by an American professor. He contrasted the supposed rationality, autonomy and technical superiority of the American and other pilots dropping their guided munitions from a great height, invulnerable to Yugoslav defences, with the Serbian and other tribes on the ground, waving their primitive wars about irrational matters such as nation, honour, religion and family. He reminded me of C S Lewis’s “ The Abolition of Man” and of an editorial by Friedrich Engels in the Neue… Read more »

Yes anything to get absolute control and hopefully crush or make people nonhumans so as their free will is extinguished.

Transhumanism is actually just a secular form of gnostic beliefs of Judaism and Christianity. Man was made in Gods image and his purpose was to become god like and help God know himself through man. Some mumbo jumbo like that. Tech has allowed man to cheat a bit using computers , genetics and AI to attain the goal of an Omega Point or Singularity reached with a collective mind and AI and genetic enhancements. Of course, when they talk about man they exclude the rif raff (aka feeble minded). Evolution has moved on and left many behind. . They mean… Read more »

[…] Transhumanism Is The New Religion Of Technocracy […]