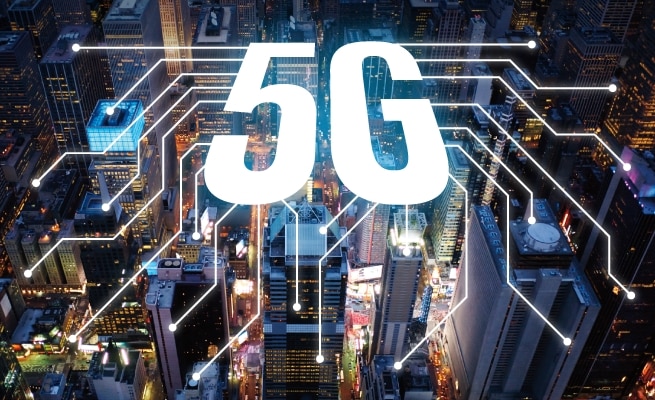 Qualcomm, Broadcom, AT&T, T-Mobile, Verizon, etc. are the implementers of 5G, not the Trump Administration or any other government body. The Technocrat threat isn’t so much China, but rather our own government who want to control untold masses of data to be collected through the Internet of Everything. Who is kidding whom here? ⁃ TN Editor

Donald Trump’s team is looking to build its own phone and mobile internet network.

Building its own network of super-fast communications would allow the government to try and avoid the threat of China spying on US phone calls.

The plan is an ambitious way of bringing the new technology – which would make internet speeds far faster – to reality. But it’s one that has been widely criticised, by companies and campaigners that argue that among other things it would allow for the internet to be far more easily surveilled and controlled.

Others, such as the FCC chairman Arjit Pai, argued in a statement that the plan would disrupt plans for commercial companies to control the internet. “What government can and should do is to push spectrum into the commercial marketplace and set rules that encourage the private sector to develop and deploy next-generation infrastructure,” he said in a statement.

A senior administration official, confirming the gist of a report from Axios.com, said the option was being debated at a low level in the administration and was six to eight months away from being considered by the president himself.

The 5G network concept is aimed at addressing what officials see as China’s threat to U.S. cyber security and economic security.

The Trump administration has taken a harder line on policies initiated by predecessor Barack Obama on issues ranging from Beijing’s role in restraining North Korea to Chinese efforts to acquire U.S. strategic industries.

This month AT&T was forced to scrap a plan to offer its customers handsets built by China’s Huawei after some members of Congress lobbied against the idea with federal regulators, sources told Reuters.

In 2012, Huawei and ZTE Corp were the subject of a U.S. investigation into whether their equipment provided an opportunity for foreign espionage and threatened critical U.S. infrastructure.

Some members of the House intelligence committee remain troubled by security threats posed by Huawei and ZTE, according to a congressional aide.

Issues raised in a 2012 committee report about the Chinese firms have “never subsided,” the aide said, adding that there was newer classified intelligence that recently resurfaced those concerns.

“We want to build a network so the Chinese can’t listen to your calls,” the senior official told Reuters.

“We have to have a secure network that doesn’t allow bad actors to get in. We also have to ensure the Chinese don’t take over the market and put every non-5G network out of business.”