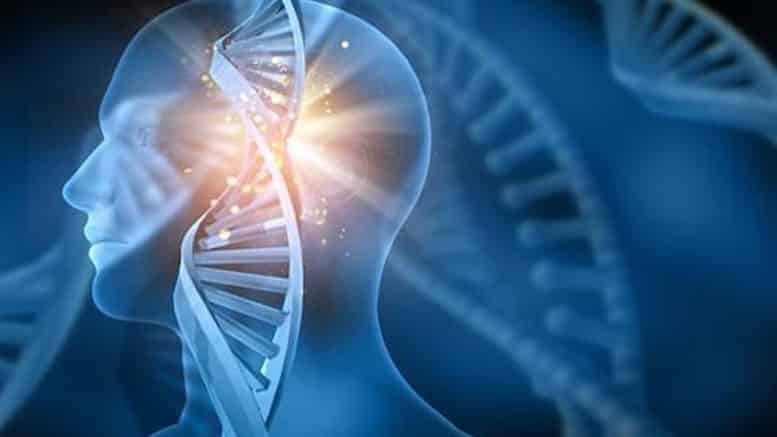 Scientists believe that your DNA can be used to roughly predict what you look like in physical appearance, and vice versa and they are talking about using the technology in law enforcement to help solve crimes? ⁃ TN Editor

Technology that was once only seen in dystopian science fiction is rapidly infecting real life. Two means of collecting personal data – DNA databases and facial recognition software – are forming an unholy alliance, and the privacy implications could be devastating.

Privacy concerns surrounding DNA and facial recognition aren’t anything new. As the popularity of DNA genealogy websites like Ancestry DNA and 23andMe increase, so do questions over who has access to that data and how it will be used. The use of facial recognition and other biometric data technology is on the rise, and people are expressing concerns (and outrage) about that technology as well.

Genealogy sites have been making the news of late, mainly for concerns over how our personal data is used – and who has access to that information.

Recently, GEDmatch, which has more than 1 million genetic profiles in its database, decided to stop providing information to police without user permission. Last month, the site faced criticism when it allowed Utah police to use the database while investigating a violent assault. “Prior to the change, GEDmatch had allowed police to use its data only for rapes and homicides,” reports Bloomberg:

The site is now asking users whether they want to allow police to access their DNA information. Previously, law enforcement could search profiles in the database unless a customer explicitly opted out.

Law enforcement agencies have increasingly relied on GEDmatch after it was used to find a man suspected of killing at least 12 people and raping scores of women in California between 1976 and 1986. A distant relative of the alleged Golden State Killer had uploaded DNA into GEDmatch. The genetic profile partially matched crime-scene evidence, indicating the person was related to the anonymous suspect who had eluded capture for four decades. From there, investigators built out that person’s family tree, which led to the arrest last year of a 72-year-old former police officer. (source)

Engineers are figuring out how to match DNA to faces in a database.

Now, DNA and facial recognition have merged, a development that is sure to ignite new concerns over privacy and how our most personal data is collected and used.

A team of engineers just built an algorithm that scans through a database of images and selects the faces that could be linked to the DNA found at a crime scene. Until now, predicting what someone’s face looks like based on a DNA sample has eluded scientists. But, it is getting easier for them to use samples to filter the right face from a database, as an international team led by researchers at KU Leuven has shown. Their findings were published in Nature Communications.

Our physical appearance (including our facial details) is hardwired into our genetic material. Scientists have already identified multiple genes that determine the shape of our face – from the distance between our nostrils to the shape of our chin. Some of that research was also conducted by a team at KU Leuven. Back in 2018, they identified fifteen genes that determine our facial features. In a related press release, the researchers explained the technique they used:

In a new study conducted by KU Leuven in collaboration with the universities of Pittsburgh, Stanford and Penn State, the researchers adopted a different approach. “Our search doesn’t focus on specific traits,” lead author Peter Claes (KU Leuven) explains. “My colleagues from Pittsburgh and Penn State each provided a database with 3D images of faces and the corresponding DNA of these people. Each face was automatically subdivided into smaller modules. Next, we examined whether any locations in the DNA matched these modules. This modular division technique made it possible for the first time to check for an unprecedented number of facial features.” (source)

As of now, the ability to use that information to find a match between a DNA sample from a crime scene and someone in a DNA database does not exist, but it appears scientists are getting closer to making that a possibility.

In a press release, Claes, an electrotechnical engineer at KU Leuven and the senior and corresponding author of the new study, explained why that remains a challenge:

“We believe that the shape of our face is determined by thousands of genes, but also by the food we eat and other living conditions. Therefore, it is unlikely that we will ever be able to accurately predict a lifelike face from DNA alone.”

This technology could be used to solve crimes…or for less honorable purposes.

For forensic analysis and other applications, the ideal scenario would be to find a match between a DNA sample from a crime scene and someone in a DNA database. If the DNA doesn’t match anyone in the database, however, it could still be used to predict what the perpetrator’s face looks like and make a sketch. This sketch could then be compared to a database with the faces of known criminals, for example, Claes said:

“This method mostly helps rule people out. In practice, we don’t usually get any further than a sort of reference face, such as ‘a European male’. That’s not much use to a forensic investigator. Unfortunately, while we are learning about more and more genes that determine certain aspects of our face, this does not yet sufficiently translate to a better match between the predicted face and the faces in the database.”

To overcome this obstacle, the researchers developed a “reverse approach”, as explained in the press release:

“Instead of going from DNA to face, we’re trying to go from face to DNA. Using special software, we measure each face and check if this face is a possible outcome based on a unique bit of DNA.”

“It then becomes a game of ‘guess who’. If the face is male and the DNA says it is a woman, all the men are eliminated. If the hair is blond and the genetic material confirms this, that eliminates all other hair colours. “

“The more genes we identify, the more accurate this method becomes, and it will only continue to improve as our knowledge of the relevant genes grows.”

If your face isn’t in a database yet, it likely will be soon.

For this technology to be useful, large face databases will be needed, such as ID card or driver’s license databases. Obviously, privacy issues are a huge concern. Claes acknowledges this fact. “Working with databases that contain private information such as DNA or faces requires strict supervision to prevent misuse,” he said.

By 2021, 97% of travelers will have their faces scanned. In some stores, “smart” refrigerators “analyze” your face and track your irises (but don’t worry – the company says they aren’t using true facial recognition). Amazon is developing software called Rekognition that can identify anything it’s looking at – including your face. Surveillance systems are insidious, sneaking into our lives at every turn.

This sh*t is a nightmare for a free society, or at least what passes for one. These hired hands of law enforcement are now using or attempting to use this technology in law enforcement? All I can say is OMG. The US public faces enormous law enforcement abuse in the future. Of that there is NO DOUBT. FACT: The one person sited herein to be a serial killer/rapist and who was found by the DNA technology was a COP! FACT: Abuse of the public by hired hand law enforcement is not a new phenomenon. Yet, in the last few years… Read more »