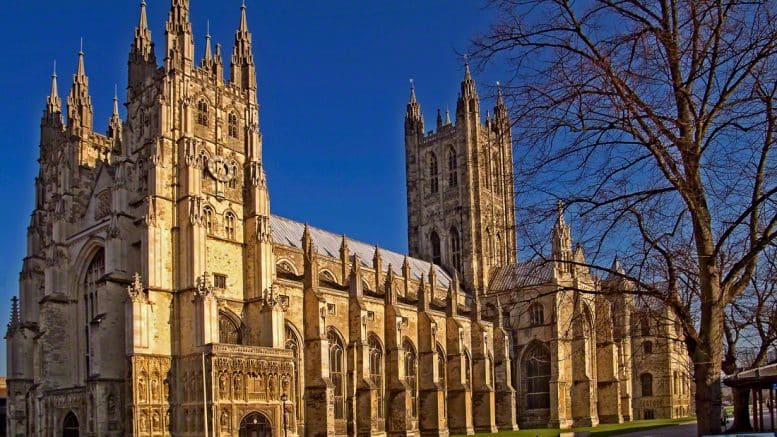 In Technocrat eyes, religion means any belief system other than Biblical Christianity, including Buddhism, Islam, shamanism, paganism, witchcraft, Catholicism and even atheism. Because religious sects can be manipulated by their leaders, they can be used for social engineering agendas. ⁃ TN Editor

Religious faith is deeply ingrained in the way cities look and function. In the past, cities were often built with places of worship at their centre, and today you can find markers of faith dotted across every city in the world: from local parish churches to grand cathedrals, mosques to synagogues, soup kitchens to cemeteries. Faith also serves a social purpose, bringing city dwellers together to mourn, celebrate, remember, reflect and to help others.

Today, cities are becoming a driving force in global politics. It’s predicted that 66% of the world’s population will live in urban areas by 2050. And in a warming world, it’s more urgent than ever for cities to develop in an efficient and sustainable way.

Yet major discussions about the future of cities largely neglect the topic of faith. The United Nations’ New Urban Agenda (NUA) – the main global strategy guiding urban development for the next 20 years – is almost entirely silent about the role of faith and religion in the cities of the future, despite the fact that 84% of the global population adheres to a religious faith of some kind.

The NUA wants the cities of the future to be inclusive places, which all residents can enjoy equally, without suffering discrimination of any kind. Future cities should be just, safe, healthy, accessible, affordable, resilient and sustainable, while fostering prosperity and a high quality of life for everyone.

This vision resonates with the key values of many faiths. For example, the Judeo-Christian idea of shalom, the Islamic notion of saleem and the African tribal concept of Ubuntu all express in different ways the idea of human flourishing within community.

These concepts align with deeply-held principles commonly promoted by faith communities, such as justice, peace, stewardship, the intrinsic worth of people and nature and responsibility for future generations. And these values can inspire people to become active citizens who shape their cities. They promote unity and inclusion, by encouraging people to understand that their own well-being is connected with the well-being of the broader community and natural environment.

By recognising that the values embedded in the NUA are also central to much religious teaching, faith communities can play a big role in creating more sustainable and inclusive cities.