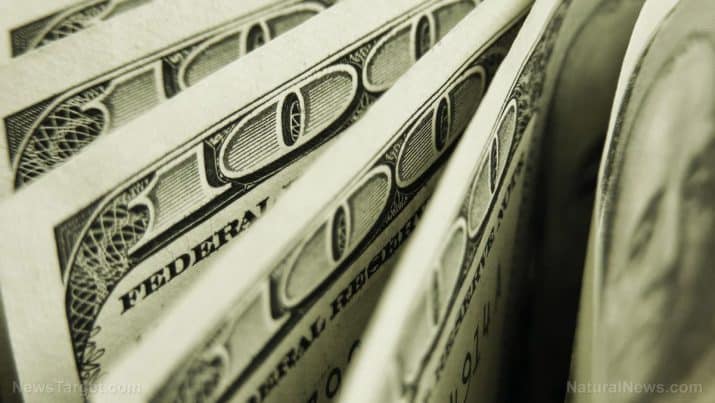 Cash is the only economic check and balance against tyranny; once cash is removed, whoever controls the digital monetary realm, controls everything. Forcing everyone into the digital matrix is a core tenet of Technocracy. ⁃ TN Editor

There is a growing effort among the nation’s political elites and top government officials to transform America into a cashless society (Related: The EU is the global blueprint for a cashless society). Just like virtually everything else promoted by the federal government, such as more spending on the welfare state, universal healthcare, and the implementation of stricter gun laws, the push for a cashless society has nothing to do with what’s best for the American people, despite claims to the contrary. The fact of the matter is that political elites on both the right and the left have an insatiable appetite for power and control over the people they were elected to represent. Their quest to create a totalitarian society can be compared to a drug addict’s quest to obtain heroin – once they get a taste of it, they never stop wanting more.

The transition into a cashless society is just one of the many ways that political elites feed this hunger for control. As Dylan Charles writes in an article published on The Daily Sheeple, “To some, convenience and trendiness are the greatest selling points of a digital currency, but in order to make it obligatory for everyone, there must be a public safety threat that is acting in our best interests when they force us to accept a digital currency.”

With regards to currency, they tell us that a cashless society would also be in the best interests of the American people, when in reality it would not. A digital monetary system would inevitably call for oversight from the federal government, which would open the door to a wide array of potential privacy and liberty issues. By using cash, Americans have the ability to make financial transactions without the government knowing where that money is going or what it is being spent on. However, if cash were no longer an option, then every single transaction you make could be tracked and recorded, which entirely defeats the purpose of a free society.