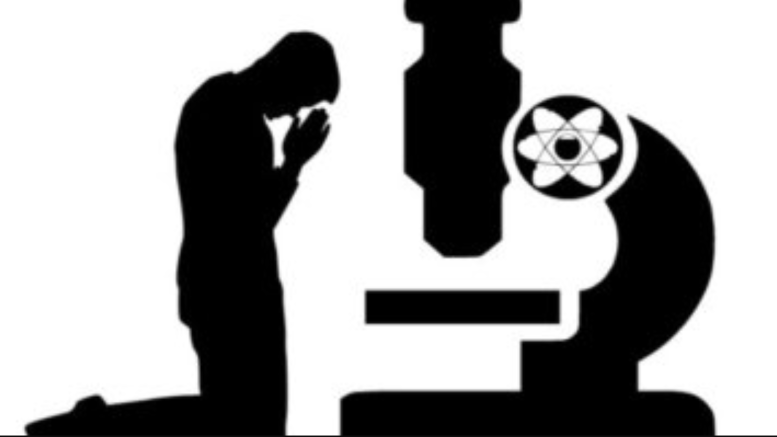 Scientism is a religion and Technocrats are the priests. However, it is not based on real science but rather weaponizes synthesized data into systems of social engineering. Fill in the blanks here: “Science says ____, therefore you must do ____.” ⁃ TN Editor

It was not unusual in ancient times for individuals to sell themselves into servitude — as “bondservants” — which was often described as a form of slavery. Usually this was due to excessive debt, but sometimes it was done simply to have a roof over one’s head and food in one’s belly. In other words, for millennia, in order to satisfy their most basic needs, human beings have often been willing to suffer under many a heavy yoke. As C.S. Lewis put it, “A hungry man thinks about food, not freedom.”

In today’s Wuhan virus-driven hysteria, a corollary to Lewis’s above quote would be, “One living in a pandemic thinks about remaining healthy, not about freedom.” Writing about the “great issues” of his day, Lewis wrote in 1940, “Lord! How I loathe great issues… Could one start a Stagnation Party — which at General Elections would boast that during its term of office no event of the least importance had taken place?”

Senior Fellow at the Discovery Institute John G. West writes that, “According to stepson David Gresham, Lewis was skeptical of politicians and not really interested in current events. His concern was not policy but principle; political problems of the day were interesting to him only insofar as they involved matters that endured.”

Nevertheless, West adds that Lewis did indeed have a “great deal” to say about politics, writing about such things as crime, obscenity, capital punishment, communism, fascism, socialism, war, the welfare state, and so on. Lewis’s political efforts resulted in “enduring political standards for all time.”

Nowhere is this clearer, West states, than in Lewis’s writings on tyranny and morality. According to West, Lewis was particularly concerned with the tyranny that could result from the union of modern science and the modern state. With the Wuhan virus pandemic, we are currently living a lesson in this.

Lewis disputed the notion that we must exclusively rely on the counsel of scientists because only they have the answers to today’s complicated problems. He did not dispute their knowledge, but he concluded that most of it was irrelevant. In West’s words, “Political problems are preeminently moral problems, and scientists are not equipped to function as moralists.” Lewis added that,

I dread specialists in power because they are specialists speaking outside their special subjects. Let scientists tell us about sciences. But government involves questions about the good for man, and justice, and what things are worth having at what price; and on these a scientific training gives a man’s opinion no added value.

What such “specialists in power” often do is give a Big Government, which is already too willing to encroach on our lives, even more of a reason for doing so. This is especially true in times of crisis. Few things illustrate this better than our current “crisis,” the Wuhan virus pandemic. “What things are worth having at what price” is currently a question of great concern to Americans and all freedom-loving people the world over, and such a question should never be answered by relying only on the knowledge of scientists. Sadly, in such times many of us are far too eager to become what Lewis called in 1958 “Willing Slaves of the Welfare State.”

Typically, in order for any oligarchy effectively to rise and rule, it needs some “extreme peril,” something to cure, some desperate need that the rulers promise to fulfill. As Lewis asked, is this not “the ideal opportunity for enslavement?”

When a generation lives in fear or dread of some looming crisis or when a society is made to believe that someone else can provide the things that it cannot live without, is this not the opportunity for those who seek to rule over us to be seen as liberators rather than the tyrants that they are? Were not Stalin and Hitler first seen as saviors and deliverers?

Following two world wars and in the midst of a cold war, Lewis wrote that

The increasing complexity and precariousness of our economic life have forced Government to take over many spheres of activity once left to choice or chance… Read Montaigne; that’s the voice of a man with his legs under his own table, eating mutton and turnips raised on his own land. Who will talk like that when the State is everyone’s schoolmaster and employer?

To “fix” our problems (whether real or perceived) and to exert the power and influence necessary, today’s ruling class often tells us that we must more and more rely on the “experts,” and also on their computer models. This means that the politicians must increasingly rely on the knowledge and advice of scientists, until, in the end, the politicians become “merely the scientists’ puppets.”

Thus, we get the motto of the technocrats: “only science can save us now” or “science is the way out” of our Wuhan virus crisis. Whether it is a global pandemic, global warming, stem-cell research, the beginning of life, healthcare, crime, homosexuality and marriage, or even gun control or economic policies, the technocrats claim to have the answers. After all, as Lewis also noted, “If we are to be mothered, mother must know best.”

In other words, in times of crisis, many of our politicians (and scientists alike) are surrendering themselves to scientism. Scientism is not science. It is an ideology that is often confused with science. It is, rather, an abuse of the scientific method and scientific authority.

In other words, scientism is a religion with many denominations: Darwinism, environmentalism, feminism, hedonism, humanism, Marxism, socialism, and so on. How many Americans now find their fulfillment and purpose in these movements? They celebrate Earth Day and Darwin Day. They boldly assert, “Science is my Savior.”

Amen editor! Though the mention of C.S Lewis an occultist who is best loved by the world and especially U2’s Bono (a demonic man) and his rock band who is affiliated with Bill Gates. https://www.u2interference.com/15276-the-screwtape-songs-bono-c-s-lewis-and-zoo-era-u2/ and here: https://www.gatesfoundation.org/How-We-Work/Resources/Grantee-Profiles/Grantee-Profile-ONE

… and another lie is the complete trust in the testing protocol Please read below. Corona: creating the illusion of a pandemic through diagnostic tests by Jon Rappoport Nailed them, with their own words. In this article, I’ll present quotes from official sources about their own diagnostic test for the coronavirus. I’m talking about fatal flaws in the test. Because case numbers are based on those tests (or no tests at all), the whole “pandemic effect” has been created out of fake science. In a moment of truth, a ‘propaganda pro’ might murmur to a colleague, “You know, we’ve got… Read more »

And, WAIT FOR IT…a distraction is just over the horizon. I read a stat yesterday which stated that 30% of the US public thinks that C-19 is a set-up–a bioweapon released on purpose to shut down the world economy in order to change and control it. Amazing! I was shocked by the stat. So many people are waking up; it’s great. Must be all that time closed in the house with nothing to do but research. Hmmmmmm. Backfire, boys? When 30% (that’s high, folks) believe they are being used it means the Black Hand and their sycophant political toadies have… Read more »