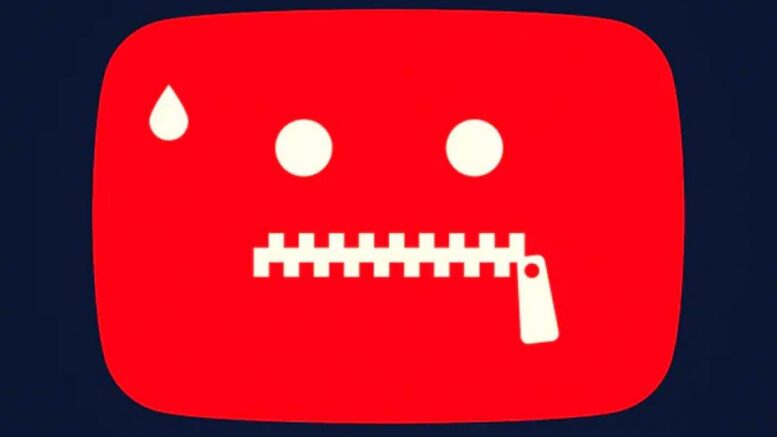 An academic critical media literacy conference warning of the dangers of media censorship has, ironically, been censored by YouTube. The Critical Media Literacy Conference of the Americas 2020 took place without incident online over two days in October and featured a number of esteemed speakers and panels discussing issues concerning modern media studies.

Weeks later, however, the entire video record of the conference — estimated at around 24 hours of material — disappeared from YouTube. Organizer Nolan Higdon of California State University East Bay, began receiving worried messages from other academics, some of which were shared with MintPress, who had been using the material in their classrooms, noting that it had all mysteriously disappeared.

“At first I thought it was a joke,” said Mickey Huff of Diablo Valley College, California. “My initial reaction was ‘that’s absurd;’ there must have been a mistake or an accident or it must have got swept under somehow. There is no violation, there was no reasoning, there was no warning, there was not an explanation, there was no nothing. The entire channel was just gone,” he told MintPress. Huff is also the director of Project Censored, an organization that sponsored the event.

Higdon suspected that it was the content critical of big tech monopolies like Google, YouTube, Facebook, and Twitter that was the reason why the channel was deleted. “Each video was a different panel and every panel had different people from the other ones, so it is not like there was one theme or person or copyrighted content in all of our videos; this seems to be an attack on the conference, not on a singular video,” he said.

“This wasn’t a keg party with Parler users”

The organizers were careful to avoid copyright infringement, with the large majority of their videos in lecture format, essentially a recorded Zoom call. Speakers included some of the best-known names in media studies, with the event sponsored by institutions like Stanford University and UCLA. “This wasn’t a keg party with Parler users: it was an academic conference,” Huff said.

These are pioneering figures in critical media literacy scholarship. It’s mind numbing that all of this was just disappeared from YouTube. The irony is writ large…This is part of a potentially algorithmic way of getting rid of more radical positions that criticize establishment media systems, including journalism.”

Higdon too, suspected YouTube’s action was politicized: “This is the same year we saw big tech trying to influence Prop 22 here in California, so I am not too surprised that they would be aggressive with folks like us who are critical of media corporations.”

MintPress spoke to representatives from Google, YouTube’s parent company, who strenuously denied that they would ever remove content from their platforms purely because it was critical of the company, noting that there is a wealth of videos on the website that challenge or attack them. After looking into the matter, Google said they could find only one video and reinstated it (although the video does not appear on the conference’s channel). As for the hours of other footage, that remains an enigma to them, with no record of its existence. Thus, it appears that there will be no closure or a definitive answer to this mystery.

Media literacy, big tech power, and censorship are hot topics right now. In the wake of the dramatic storming of the Capitol Building earlier this month, a host of companies, including Google, Facebook, YouTube, Twitter, and Instagram, took actions against Donald Trump, limiting his and his supporters’ ability to communicate online. Perhaps most notably, however, Google, Apple, and Amazon Web Services launched a coordinated assault on “free speech app” Parler, a service popular with the far-right for its lax laws on racism. Together, the three effectively took the service offline around the world.

If you go read the entire article you find a stat: 17% of the people (worldwide) are getting their ‘news’ from social media sites. This is proof of stupid, not willfully ignorant, just plain stupid.