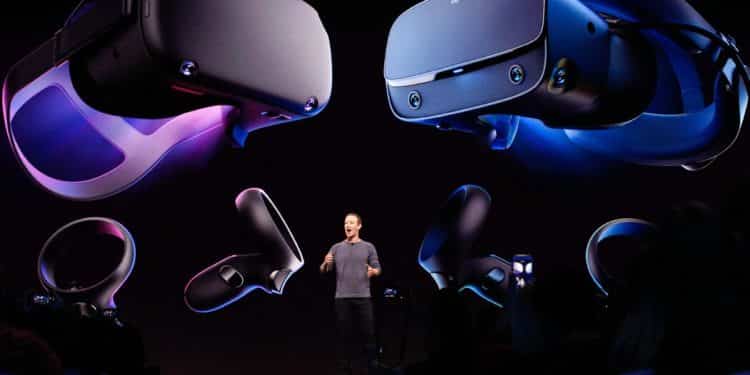 Please Share This Story!
PDF 📄
As a classic example of a Technocrat mind, Mark Zuckerberg pictures himself as being personally responsible for bringing billions of people to Facebook. His switch to Metaverse is rapidly deflating his ego as his groupies reject his shoddy and ill-conceived alternate reality. ⁃ TN Editor

Last October, when Mark Zuckerberg, the chief executive of Facebook, announced that the company would change its name to Meta and become a “metaverse company,” he sketched a vision of a utopian future many years off in which billions of people would inhabit immersive digital environments for hours on end, working, socializing and playing games inside virtual and augmented worlds.

In the year since, Meta has spent billions of dollars and assigned thousands of employees to make Mr. Zuckerberg’s dream feasible. But Meta’s metaverse efforts have had a rocky start.

The company’s flagship virtual-reality game, Horizon Worlds, remains buggy and unpopular, leading Meta to put in place a “quality lockdown” for the rest of the year while it retools the app.

Some Meta employees have complained about frequent strategy shifts that seem tied to Mr. Zuckerberg’s whims rather than a cohesive plan.

And Meta executives have butted heads over the company’s metaverse strategy, with one senior leader complaining that the amount of money the company had spent on unproven projects made him “sick to my stomach.”

The company’s struggle to reshape the business was described in interviews with more than a dozen current and former Meta employees and internal communications obtained by The New York Times. The people spoke on the condition of anonymity because they were not authorized to speak about internal matters.

On Tuesday, Meta is expected to unveil a new V.R. headset at a developer conference, along with other new metaverse features. The stakes are high for the company, which is racing to transform itself to make up for declines in other parts of its business. TikTok is siphoning younger users away from Facebook and Instagram, Meta’s two big moneymakers, and Apple made privacy changes to its mobile operating system that have cost Meta billions of dollars in advertising revenue.

The company’s stock price has tumbled nearly 60 percent in the past year — a reflection not just of broader market turbulence, but of some investors’ skepticism that the metaverse will be highly lucrative anytime soon. In late September, the company announced that it would freeze most hiring, and Mr. Zuckerberg has warned employees that layoffs may be coming.

“The pressures Meta’s business is facing in 2022 are acute, significant and not metaverse-related,” said Matthew Ball, an investor and metaverse expert whose advice Mr. Zuckerberg has sought. “And there is a risk that almost everything Mark has outlined about the metaverse is right, except the timing is farther out than he imagined.”

In a statement, Andy Stone, a Meta spokesman, said the company believed it was still on the right path.

“Being a cynic about new and innovative technology is easy,” Mr. Stone said. “Actually building it is a lot harder — but that’s what we’re doing because we believe the metaverse is the future of computing.”

Mr. Zuckerberg successfully overhauled his company a decade ago, getting it to focus on how its products worked on smartphones instead of desktops. He signaled a similar shift last year, saying that investing in the metaverse would allow Meta to make the leap from one technological era to the next.

There are some signs that Meta’s bet has put it ahead of competitors. The company’s consumer V.R. headset, the Quest 2, is the most popular V.R. headset on the market with more than 15 million sold, according to outside estimates. Its Oculus V.R. app — which has since been rebranded Meta Quest — has been installed over 21 million times on iOS and Android devices, according to an estimate by Sensor Tower, an app analytics firm.

But Meta’s future success depends on the company’s ability to bring virtual and augmented reality tools to far more people.

I think that Suckerberg’s (he IS an Android, by the way!), ‘metaverse’ is a NON issue. Certainly, keep an eye on it…..but this will NOT amount to anything. The ONLY individuals who will participate in the ‘metaverse’ are the LOSERS who are already LOST CAUSES; ALREADY ZOMBIES (aka NON HUMANS). There are THREE types of beings walking this planet…..HUMANS (which are the minority); Zombies and Demons…..both are NOT HUMAN. ‘The Great Purge Part I’, as I call it (which is the EXPERIMENTAL mRNA BIO-WEAPON INJECTIONS), is taking care of the Zombies & Demons……PURGING them from planet Earth. There won’t be… Read more »

Zuckerburg and FB or Meta or whatever can do F themselves.