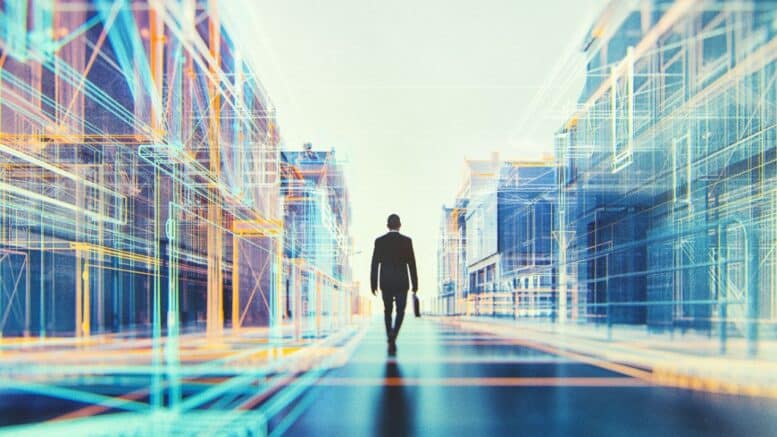 Please Share This Story!
PDF 📄
We have warned of the deleterious dangers of Zuckerberg’s Metaverse, but it may be that he is imploding all by himself. The most severe critics are coming from within the tech industry itself, pointing out the pointlessness of it all – other than brainwashing participants. ⁃ TN Editor

What is best in life?

Being right about another man’s failures. Watching his allies abandon him. And hearing the lamentations of his shareholders.

Call me the world’s happiest cynic, then, because when I predicted the utter and catastrophic failure of Facebook’s rebranding as “Meta” starting less than a year ago, I genuinely didn’t think it would all unravel as quickly and ignominiously as it has. Horizon Worlds, Meta’s intended metaverse, went live in December and, my god, it has been downhill from there.

The good news is that we’re getting a lot of free entertainment out of Mark Zuckerberg’s attempts to be “the face” of this dead-end transition, and the past few weeks have seen some real highlights, culminating with a transcendently embarrassing appearance on Joe Rogan’s podcast last week. Zuck and his marketing team are still seemingly in thrall to the Meta CEO’s former status as a Silicon Valley wunderkind, evidently blinding them to his nearly supernatural lack of personal appeal.

he results are frequently, in a word, delicious for a hater like me. And while the sizzle comes in the form of incredible public relations embarrassments, after that comes the steak: Facebook’s pivot to Meta is crashing and burning as a material business proposition with astonishing rapidity.

The past few weeks have been particularly brutal for Zuckerberg’s grand ambition to create a Second Life mod in which everyone is a double amputee. The current (far from first) wave of embarrassing flubs kicked off on August 17 when Zuckerberg posted a “selfie” from Meta’s Horizon World’s rollout in France. As pretty much everyone was happy to point out, it looked embarrassingly bad – not just like a game built to roughly 2007 levels of detail and immersion, but like one without the slightest spark of design creativity.

This lack of creative juice can’t be overemphasized. There are genuine technological limits to the graphical fidelity and avatar-tracking that’s possible in an immersive virtual reality (VR) environment, but Horizon Worlds could have done a lot better within those limits. Compare its aggressively bland corporate vibe to the spectacularly colorful Minecraft-inspired voxels of The Sandbox (which has an alpha season open right now, FYI).

That comes down substantially to business models. Blockchain-backed metaverse projects like Sandbox and Decentraland are gratifyingly weird and quirky in part because they’re fairly chaotic organizations answering to a lot of stakeholders. But Zuckerberg has effectively total control of Meta, and the emptiness inside of him is written across every pixel of his creation.

Zuckerberg followed up with an even less-realistic simulation, when he last week appeared on an episode of the “Joe Rogan Experience” as an uncanny mimic of Rogan’s martial-arts loving, red-meat fanbase. Bloomberg’s Max Chafkin has a definitive read on this one, but in a nutshell Zuckerberg made the case that virtual reality will make you more of an ass-kicking alpha, compared to the “beta” passivity of watching television.

This is hilarious for at least three reasons. First, sitting inside staring at screens will never make you more vigorous – for god’s sake, touch grass. Second, Zuckerberg himself has already spread more hormone-sapping passivity in the world than maybe any other single person via Facebook and Instagram. And third, on a personal level, it’s hard to think of a less-convincing pitchman than the eternally affectless-to-miserable Zuck for any supposed shortcut to leading a more fulfilling human life.

But this is all just theater and window dressing, however gobsmackingly inane. The real question is how Meta’s Reality Labs is doing as a business. And the answer is … surprisingly, maybe, better than you think! But still pretty rotten once you scratch the surface.

You see, it turns out that Meta actually sold a whole lot of its Oculus Quest 2 headsets over the 2021 holiday season, with app installs suggesting about 2 million new units activated over a two-week period. For comparison, a little over 20 million total Playstation 5 consoles and 15 million Xbox Series X units have sold in the past two years.

But that comparison itself is a problem for Zuckerberg’s real goals: If the Quest or successor units are successful as video game consoles, they’re probably still a failure. You see, the units are almost certainly being sold at a big loss. This more or less affirms that the long-term business model is the same kind of data harvesting and ad monetization that Facebook and Instagram run on.

That means Zuckerberg doesn’t actually want you using the headset for playing Superhot VR, he wants you in Horizon Worlds specifically, having the kind of data-rich social interactions that he can use to spy on your tastes, habits and network, then nudge you into clicking on advertisements.

“the pointlessness of it all” Hm… If they want to have a digital version of the whole world humans included thanks to the Covid hydroxid injections a Meta system could it be.

No one has to invite me to the metaverse. I’ll pass. I’m suspecting that the metaverse will be similar to the roach motel. You check in but you don’t check out.

I dont know it could be kinda cool, but then again, zuck the cuck is in charge of it. I suspect it will fail before it even gets off the ground. His ideas are very pathetic, as he is.

People really should not ‘freak out’ over Suckerberg’s ‘Meta-chite’. A, literally, ‘small handful’ of individuals will use this/think it’s a great idea. And these individuals are already ‘lost’; as in, they are NON-HUMANS/Zombies. These are also the same individuals who, no doubt, have been injected with the EXPERIMENTAL mRNA BIO-WEAPON INJECTIONS…..so they won’t be on this planet, for much longer, anyway. People need to understand…..these PSYCHOPATHS (Technocrats/Globalists) have ALREADY FAILED. With their destructive model of their future….they will not, and CANNOT succeed. Even though ALL of us are targeted, by them, not all of us are ‘playing along’. And those… Read more »

Wearing goggles for long periods of time as the Metaverse entails is a losing concept, especially those of us who wear glasses. A screen will do just fine, especially with beautiful worlds and activities that can keep ones mind occupied. Im looking forward to wallpaper screens, years away tho. When things get bad, and I mean complete lifestyle changes, people will look for an escape, I believe fantasy worlds as well as certain stimulants will do quite well. The Elites of this world think of themselves quite special in their capabilty, but in reality, they are quite mediocre at best.… Read more »

“Meta’s Reality Labs” is where they design non-reality. Libs always seem to assign names that are the exact opposite of what they are naming.