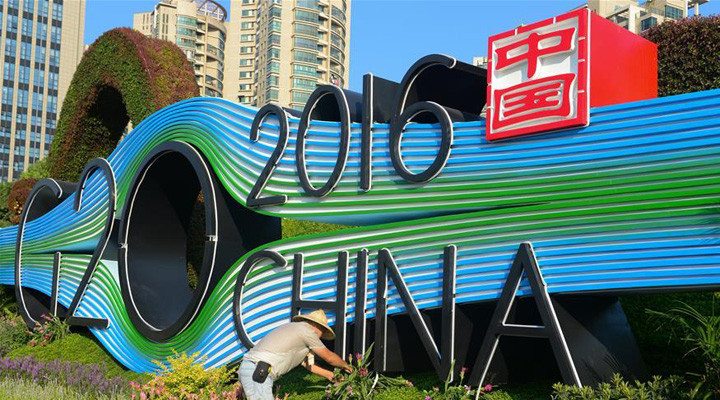 The totalitarian nation of China receives continuous praise from the UN on the implementation of the 2030 Agenda and climate change, and yet it is one of the most polluted nations on earth. ⁃ TN Editor

UN Secretary-General Ban Ki-moon on Friday spoke highly of the Chinese leadership in focusing the upcoming summit of the Group of 20 (G20) on promoting green growth and bolstering the presence of developing countries.

“I commend China for steering the G20 summit this year in such a successful way leading the G20 towards an action agenda that will come in full support of the 2030 Agenda for Sustainable Development and the Paris Agreement on Climate Change,” the secretary-general said in an interview with several UN-based Chinese media outlets.

“For the first time in the history of the G20, the Chinese leadership is … aligning the action agenda, the Sustainable Development Goals and the climate change agreement, in their action agenda of the G20,” Ban said.

“This is the first time that the G20 leaders are gathering to discuss the Sustainable Development Goals and climate change, (and) how we implement them in parallel,” he added.

The 11th G20 summit, to be held on Sept. 4-5 in China’s eastern city of Hangzhou, is expected to make an action plan on implementing the 2030 Agenda for Sustainable Development, and to focus more on development issues with an aim to inject new impetus into the world economy and promote global consensus on development.

The theme of the summit is “Toward an Innovative, Invigorated, Interconnected and Inclusive World Economy.”

“China’s leadership steered the debate to facilitate the G20 to move from short-term financial crisis management to a long-term development perspective,” he said. “The theme of the G20 summit in Hangzhou reflects the very spirit of the 2030 Development Agenda.”

Meanwhile, the secretary-general said that he also wanted to commend China for inviting many developing countries’ heads of state and government to join the discussion and for taking the G20 summit to another level of inclusiveness.

The Chinese move will make the Hangzhou summit the most representative of developing countries in G20 history.

The secretary-general stressed that the summit participants need to make serious efforts in addressing the current global economic difficulties.

“I hope that the G20 leaders will really address these global governance issues. The United Nations will be fully joining,” he said, adding that China has been showing leadership, and is leading by example.

“And I deeply appreciate to see on my last G20 summit as the secretary-general of the United Nations that we work together with a common aim,” said Ban, whose second five-year term will end on Dec. 31, 2016.

Meanwhile, the UN chief said the summit represented a great opportunity for G20 leaders and others to show leadership in accelerating the ratification process of the Paris Agreement on Climate Change.

Ban said that they are working very hard to ensure the climate change agreement will take effect at an early date.

At present, 22 countries have already ratified the Paris Agreement, Ban said. The climate change accord needs 55 nations that together account for at least 55 percent of global greenhouse gas emissions to ratify the agreement before it can enter into force.

Expressing his gratitude to China for promising to finalize domestic legal procedure needed for the ratification of the pact before the G20 Summit, Ban said “That is very encouraging news. I hope that many countries, particularly those of the G20 countries, will follow the Chinese leadership.”