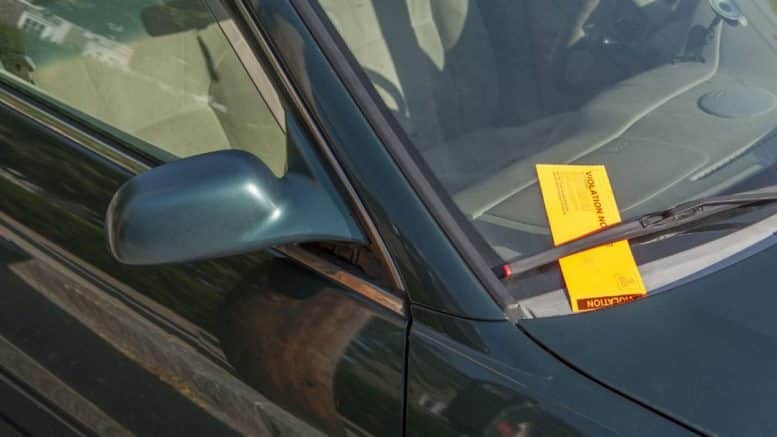 Those who would re-engineer society would not think twice about entering your own property to slap you with government-sponsored punishment. To a Technocrat, private property means nothing. ⁃ TN Editor

Taylor Trupiano fought the law, and Thursday, the law won.

The 24-year-old man contested a $128 ticket that Roseville police issued him in January for violating a city ordinance when he left his running car unattended to warm up in the driveway of his home while he ran inside to get his girlfriend and her 2-year-old son.

But Roseville’s 39th District  Judge Marco Santia said that he believed Trupiano’s car was in a place generally accessible to the public, and “I think it was reasonable the officer issued the ticket.” He denied a motion by Trupiano to dismiss the ticket.

“That’s a little upsetting,” Trupiano said after the hearing, adding that he doesn’t think the ordinance “applies to my private property.”

Trupiano’s attorney, Nicholas Somberg, argued that the ordinance did not apply to one’s driveway.

But City Attorney Tim Tomlinson argued that the law exists so people who are “nefarious” or want an easy way to steal a vehicle are stopped. Unfortunately, he said, the owner of the vehicle got a citation.

Tomlinson said the vehicle was left “wide open. The officer did his due diligence.” He told the court that Trupiano’s car was near the bottom of the driveway, about 2 feet off the sidewalk; and the officer who issued the ticket testified that he no took care to protect the vehicle or check on it in the 10-12 minutes he was involved in the total stop.

Tomlinson told the court that less than two weeks after the ticket was issued in early January on Waldorf, there were two vehicle thefts from people who started their vehicles and left them unattended, with one incident leading to a high-speed pursuit. Another incident, he said, occurred when a car was taken with two children inside.

“There is an important public safety goal this is trying to achieve by having these regulations on the books,” he said.

Trupiano said he fought the ticket for two reasons — first, the principle of the matter, saying a person should be able to warm up their own vehicle in their driveway; and because secondly, “I think it’s a little unfair. I think they want the money.”

Trupiano said he didn’t want his girlfriend’s son, who has cerebral palsy, to have to get into a cold car on a freezing day. He said he sees valets, delivery drivers, school bus drivers and even police leave their cars running and unattended for various reasons.

Somberg said he thinks there is case law to support his position and he said he was surprised by the ruling.

In a separate, matter Somberg was cited by Santia for contempt of court for live-streaming the first part of Thursday’s hearing on Somberg’s Facebook page without notifying the court or asking for permission to do so. A contempt hearing for Somberg  is set for May 25.

Trupiano posted his ticket on Facebook with his post having more than 14,000 shares. He said that his situation prompted a bill to be introduced in the Legislature.

State Rep. Holly Hughes, R-White River Township, introduced legislation in February that would repeal a section of the vehicle code that makes it a civil infraction to leave an idling car unattended. Her bill would let people leave their car running in their driveways without fear of getting a ticket.