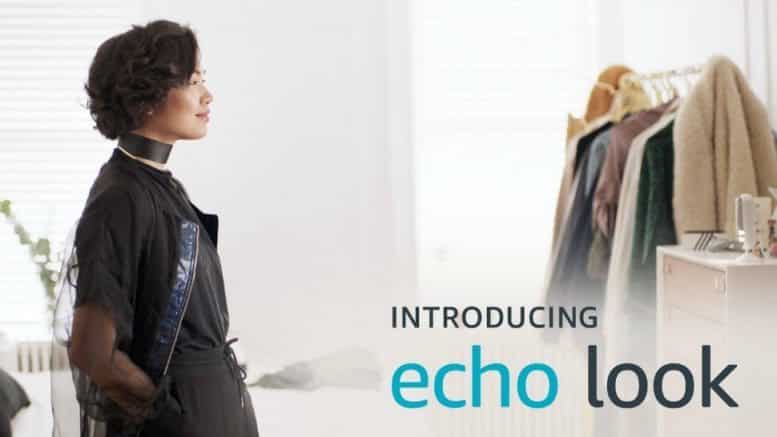 The final invasion of personal privacy: The bedroom, bathroom and closet. Amazon’s Echo Look will take pictures of you, analyze your ‘look’ with AI, and tell you if you are ‘looking good.’ Sadly, millions of gullible women will buy one of these intrusive devices. ⁃ TN Editor

Today, Amazon unveiled the Echo Look — a $199 voice-controlled camera designed for the fashion-forward. The sleek device listens for your command and quickly takes photos and videos of the outfit you’re wearing. It’ll even use AI to judge your outfit.

In a lot of ways, it’s at least a little creepy. You’re basically paying Amazon for a microphone and camera to put in your bedroom. And Amazon confirms that the photos are stored on its computers indefinitely, until you manually delete them.

And of course, with Amazon’s fashion algorithms still largely unknown, I’m not sure how much you’ll trust Alexa, the name of the Echo’s built-in virtual assistant, to dress you in the morning.

Still, it’s clear that Amazon knows its niche for this new product: In the era of the professional Instagram influencer, the Echo Look offers buyers a personal fashion photographer and, perhaps, the opportunity to up their fashion game.

Maybe it’ll work, maybe it won’t. Maybe it’ll be a surprise hit like the original Amazon Echo, maybe it will end up more like the Amazon Fire Phone, a notorious flop. In the end, it doesn’t really matter: It’s a sign of how Amazon is willing to take any risk and try anything to conquer the next wave of computing, as the smartphone starts its slow, decade-long march to the grave.

The camera is the composer

The new hotness (or at least, a new hotness) in Silicon Valley is the idea that, as Mark Zuckerberg puts it, “the camera is the composer.”

Increasingly, we’re using our cameras and our voices to work with our devices, using them to do the same stuff that you do now with a keyboard, mouse, and/or touch on a PC or phone. If you’ve ever taken a picture of a product label at the grocery store or of your parking spot to help you remember it later, you’re already on the journey to the next big phase of computing

Now, with the rise of artificial intelligence, cameras are getting way smarter. The Echo Look is a hyper-specialized version of so-called “computer vision” technology — where Snapchat uses it for its famed selfie filters, and FaceApp uses it to flip your gender, Echo Look enlists computer vision tech to be a fashion coach.

But it’s important to also remember that when the Amazon Echo first burst onto the scene, it was sold as a smart speaker, with some basic voice commands — and only later grew into a smart-home-controlling, voice-shopping powerhouse. Echo Look, similarly, is a focused device with a very specific sales pitch, belying grander ambitions.