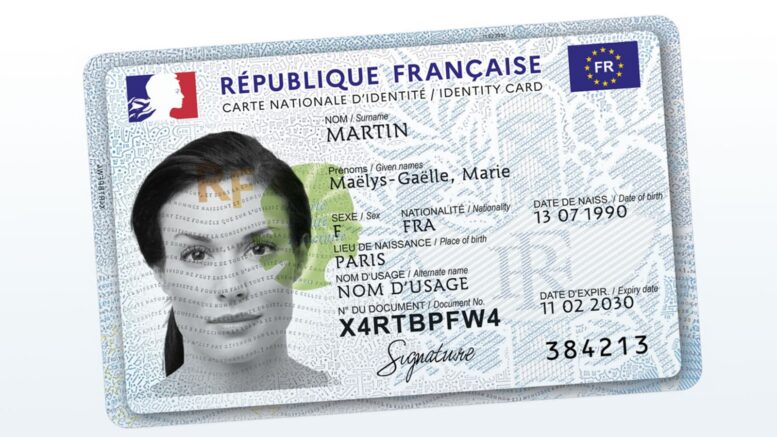 Please Share This Story!
PDF 📄
Although Macron survived the French elections, many voters are wondering if the election was stolen. Macron wasted no time in launching a digital identity app that will be required for French citizens to access public and private services. Dystopian digital identity is the bedrock of Technocracy, aka the Great Reset. ⁃ TN Editor

The French government has announced the creation of a new digital identity app for citizens to access private and public services, in line with a broader push for digital identity systems in Europe.

Just days after the re-election of globalist President Emmanuel Macron, the Ministry of the Interior has announced that it will be crafting a smartphone application to house a new digital identity.

The biometric app, which is based off the new identity card, was signed off in a decree by Prime Minister Jean Castex and Interior Minister Gérald Darmanin on Tuesday.

The app will allow users to scan their physical identity card and it will be uploaded to be used to access public or private services.

The new system comes in place of the previous attempt by the government in 2019 to implement a digital identity. Dubbed the Alicem, the proposed system proved controversial and was ultimately scrapped over backlash over the use of facial recognition and fingerprints, broadcaster BFMTV reported.

The new digital identity will not record such personal features, however, it will contain details such as names, date of birth, a photo, and both email and physical addresses.

According to the government, the application “allows the user, in particular, to generate electronic certificates containing only the identity attributes whose transmission he considers necessary to third parties of his choice”.

Questions of a stolen election??? Does anyone out there still think that their vote counts for anything? The WEF is in charge – they appoint their puppets as head of government.
Days after Macron and the WEF stole the French election, Macron institutes digital ID. Are you awake yet???
WE THE PEOPLE MUST UNITE AND TAKE BACK OUR FREEDOM NOW.

To do banking in the U.S. a drivers licence must be shown, getting a new doctor also, along w/ insurance cards to prove who you are. Let’s hope the U.S. doesn’t get like the E.U. (no privacy). A phone is personal, I would never release personal info off my phone or use apps for anything.

[…] Amidst Questions Of Stolen Election, Macron Launches Digital Identity App Although Macron survived the French elections, many voters are wondering if the election was stolen. Macron wasted no time in launching a digital identity app that will be required for French citizens to access public and private services. Dystopian digital identity is the bedrock of Technocracy, aka the Great Reset. ⁃ TN Editor […]

the Left steals elections now. They did it in the US presidential election in 2020 and now they have fine tuned it to do it everywhere. It is leading up to the Reset (what we Christians call the Tribulation period). Satan is using his party, the Democrats to keep the plan moving. Do not let the NWO politicians and the proponents of the NWO or the Great Reset deceive you; they all accept transhumanism is an essential step to convince people of the need for world governance. Some of these globalists may profess a belief in God or allegiance to… Read more »