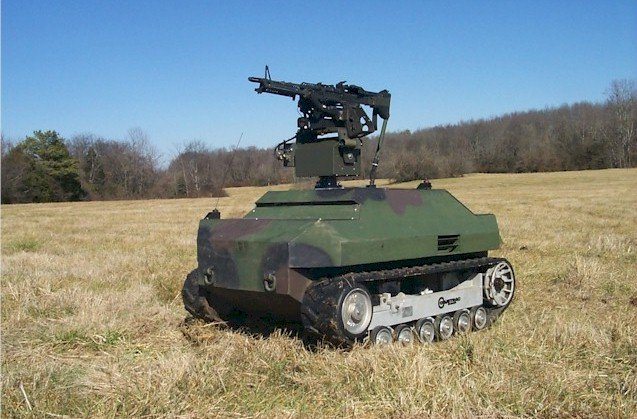 TN Note: The scary part here is the ‘autonomous’ factor. A robot, drone or swarm with instructions to neutralize a specific target or threat can act without further human intervention or knowledge to accomplish its mission. Of course, benevolent technology could benefit and protect humans, but the real problem are whose who would misuse the technology to control and manipulate humans. In fact, this kind of technology is perfectly suited for social engineering (aka Technocracy) because it is driven by efficiency and AI technology.

Robots have been keeping police officers safe for years by disposing of bombs and assisting in hostage situations, but a rapid increase in technology could trigger a robot revolution over the next decade.

Robots are already being weaponized: In 2014, a South African company started selling drones that could shoot 80 pepper balls per second, and police in North Dakota have been cleared to use a type of drone that is armed with tear gas and Tasers. Police use of Tasers—they’re designed to be nonlethal but can trigger cardiac arrest—killed 540 Americans from 2001 to 2013, according to Amnesty International. Right now, this technology requires an operator to remotely control the robots and the weapons. But autonomous weaponized robots are already being used by the Israeli military to patrol that nation’s borders, and a Texas company has created a drone to hover over private property and, without human instruction, fire a Taser dart to keep a potential intruder under shock until the authorities arrive. Imagine a convergence in technology that also gives these robots facial-recognition capability. Given the right circumstances, such as a terrorist threat, these robots could be rolled out in large numbers to protect citizens.