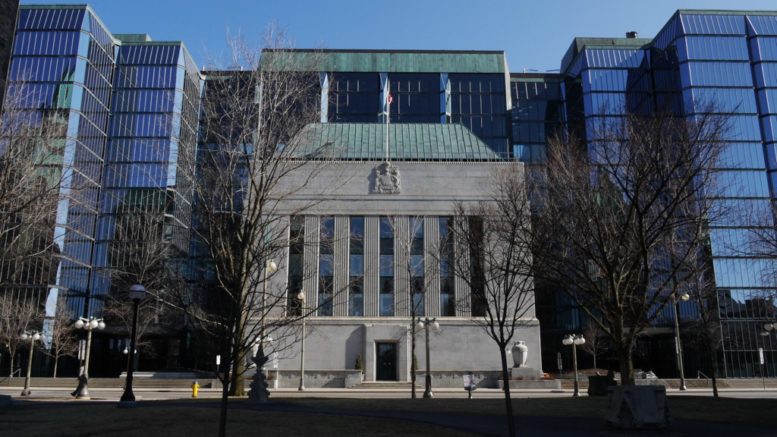 Cashless society is a Technocrat initiative to force people into the digital world. Even if forced cash withdrawal is meeting with resistance, it doesn’t mean that people will not be voluntarily abandoning cash over time. ⁃ TN Editor

In recent months, a slew of political and financial institutions have raised concerns about the march toward a cashless economy. They include:

Now, it’s the Bank of Canada’s turn to sound the alarm. In a paper — “Is a Cashless Society Problematic?” — it outlines a number of risks that could arise if the country went fully cashless.

The premise underpinning the analysis is that at some point in the future individuals and firms decide, of their own volition, to cease using cash altogether. In response, the central bank stops printing physical money because of the large fixed costs inherent in supplying bank notes.

In such a scenario, even though most individuals and firms freely choose to abandon cash, there could be “adverse collective outcomes,” the study warns. For example, “a small segment of the population” may still prefer to go on using physical money rather than electronic payments, whether out of “a continuous desire for anonymous transactions” or because of “the self-imposed spending constraints afforded by cash.”

In a cashless economy, this “minority of people” would be worse off since “their choice set would be smaller without cash”. Plus, they would have zero anonymity and less control over their finances.

Meanwhile, retail payment services would be provided entirely by private sector networks. In other words, banks and credit card companies would have even greater monopoly control over the payments system. In Canada, there is already only one domestic debit card scheme, provided by Interac, and three major credit card networks, operated by Visa, MasterCard and American Express.

For people with no choice but to use cash, such as those living in geographically remote areas or who do not have bank accounts, this would be a huge problem. In Canada the number of “unbanked” is relatively small, representing just 2% of the population, but in many other countries it is much larger. In a cashless society those people would struggle to participate in the economy at all.

The problem is not just one of economic exclusion. There’s also the heightened security risk to consider. Cash, as a transaction medium, “is robust to electronic network failures, cyber attacks and power outages”. In a cashless economy, there would be even greater dependence on the operational reliability of electronic retail payment networks and associated power systems, both of which are prone to go down. A massive outage of visa services in Western Europe this June gave a foretaste of the sort of chaos that could ensue.

Cash also serves as a vital store of value in economic crises. For example, during the worst period of Iceland’s economic crisis, between 2008-09, when all three of its major banks collapsed, cash in circulation more than doubled. The increase in demand for banknotes was concentrated in the largest denominations, suggesting that it was driven largely by store-of-value motivations.

Even for central banks themselves, an entirely cashless economy could cause headaches:

The authors suggest this problem could be offset if the central bank chose to charge more for the services it provides to the financial industry. It could also expand its balance sheet “by buying government bills and bonds with reserves,” much as certain central banks have done through their quantitative easing programs.