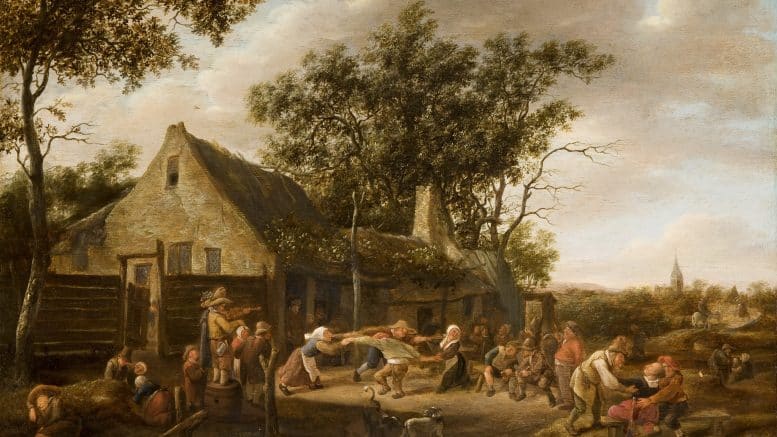 These climate researchers will not be widely praised for their conclusions, but the evidence speaks for itself: Man does not cause global warming or cooling. ⁃ TN Editor

According to author Leo Tolstoy, born at the very end of the Little Ice Age, in quite a cold country:

The most difficult subjects can be explained to the most slow-witted man if he has not formed any idea of them already; but the simplest thing cannot be made clear to the most intelligent man if he is firmly persuaded that he already knows, without a shadow of a doubt, what is laid before him.

So, our new technical paper in GeoResJ (vol. 14, pages 36-46) will likely be ignored. Because after applying the latest big data technique to six 2,000 year-long proxy-temperature series we cannot confirm that recent warming is anything but natural – what might have occurred anyway, even if there was no industrial revolution.

Over the last few years, I’ve worked with Dr John Abbot using artificial neural networks (ANN) to forecast monthly rainfall. We now have a bunch of papers in international climate science journals showing these forecasts to be more skilful than output from general circulation models.

During the past year, we’ve extended this work to estimating what global temperatures would have been during the twentieth century in the absence of human-emission of carbon dioxide.

We began by deconstructing the six-proxy series from different geographic regions – series already published in the mainstream climate science literature. One of these, the Northern Hemisphere composite series begins in 50 AD, ends in the year 2000, and is derived from studies of pollen, lake sediments, stalagmites and boreholes.

Typical of most such temperature series, it zigzags up and down while showing two rising trends: the first peaks about 1200 AD and corresponds with a period known as the Medieval Warm Period (MWP), while the second peaks in 1980 and then shows decline. In between, is the Little Ice Age (LIA), which according to the Northern Hemisphere composite bottomed-out in 1650 AD. (Of course, the MWP corresponded with a period of generally good harvests in England – when men dressed in tunics and built grand cathedrals with tall spires. It preceded the LIA when there was famine and the Great Plague of London.)

Ignoring for the moment the MWP and LIA, you might want to simply dismiss this temperature series on the basis it peaks in 1980: it doesn’t continue to rise to the very end of the record: to the year 2000?