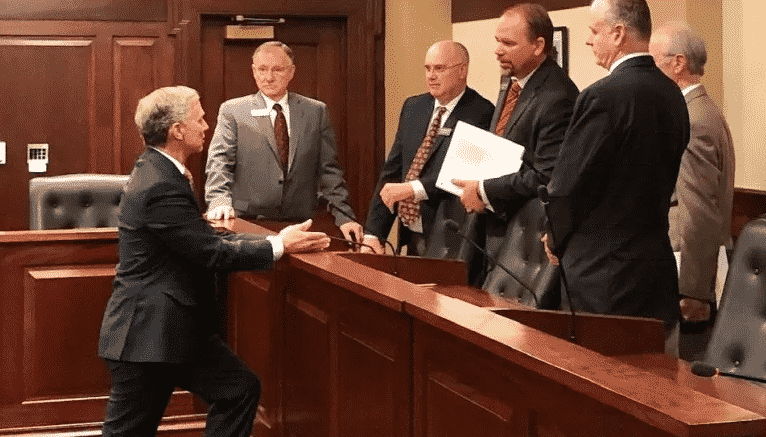 Please Share This Story!
PDF 📄
Technocrats within Big Tech are pouring money into lobby groups to throw the proverbial monkey wrench into state laws that hope to protect citizens’ privacy over their own data. Congressional legislation and Federal rule-making is totally dominated by these same industry lobbyists. ⁃ TN Editor

After years of ignoring the issue, lawmakers on Capitol Hill are suddenly engaged in a furious fight over enacting national legislation to establish basic online privacy rights for consumers. As with the crafting of much legislation dealing with complicated issues, legislators are relying on experts to help codify the consumer protections.

In a twist that is all too familiar in Washington, D.C., however, many of the groups that have positioned themselves as expert voices on consumer privacy are pushing for a bill that hews closely to tech industry interests. Lawmakers who are famously ignorant on technology issues are hearing largely from an army of industry lobbyists and experts funded by social media companies, online platforms, data brokers, advertisers, and telecommunication giants — the very same corporate interests that profit from the collection and sale of internet data.

Take the Center for Democracy and Technology, one of the most prominent privacy-centered Beltway think tanks. The group is considered to be well-respected among congressional staffers, routinely testifies before committees on privacy legislation, and is a prime mover in the national online privacy bill discussion.

Late last year, the organization circulated draft federal privacy legislation that would nullify major state-level regulations. In March, when the Senate Judiciary Committee held its first hearing of the session on how to formulate a federal consumer privacy standard, the center’s Privacy and Data Project Director Michelle Richardson testified.

The Center for Democracy and Technology is also awash in corporate money from the tech sector. Amazon, Verizon, and Google are among the corporate donors that each provide over $200,000 to the group. AT&T, Verizon, Uber, and Twitter are also major donors.

Last Wednesday, the group hosted its annual gala, known as “Tech Prom,” which brought together lobbyists and government affairs officials from leading Silicon Valley and telecom firms. Facebook, Google, Amazon, and Microsoft purchased tables at the event and served as sponsors, a privilege that came in exchange for a $35,000 donation to the center.

These industry-funded think tanks are pushing legislation in a direction that would have weak enforcement mechanisms, give consumers limited means for recourse, and perhaps most importantly for the industry, roll back state-level privacy standards being enacted by state legislatures.

The stakes of the online privacy fight could have ramifications the world over. American standards on data collection could shape political and business decisions across the world, said Jeff Chester, president of the Center for Digital Democracy, a privacy think tank that opposes overturning of state-level privacy laws.

“This is much bigger than Cambridge Analytica,” Chester said. Cambridge Analytica was involved in a scandal when, while working on behalf of Donald Trump’s presidential campaign, the data analytics firm illicitly scraped consumer data from Facebook in order to build advanced voter-targeting methods. The events stoked outrage over Facebook’s security around its users’ private data.

Meanwhile, actual tech industry lobby groups are pushing federal legislation along the same lines as that proposed by the tech-funded think tanks. One of the largest lobbying groups for Silicon Valley, NetChoice, has rallied behind Sen. Marco Rubio’s, R-Fla., privacy bill. His bill would roll back state regulation and place enforcement authority largely under the Federal Trade Commission, a notoriously toothless federal agency with no rule-making power, instead of letting consumers directly sue tech companies under the law.