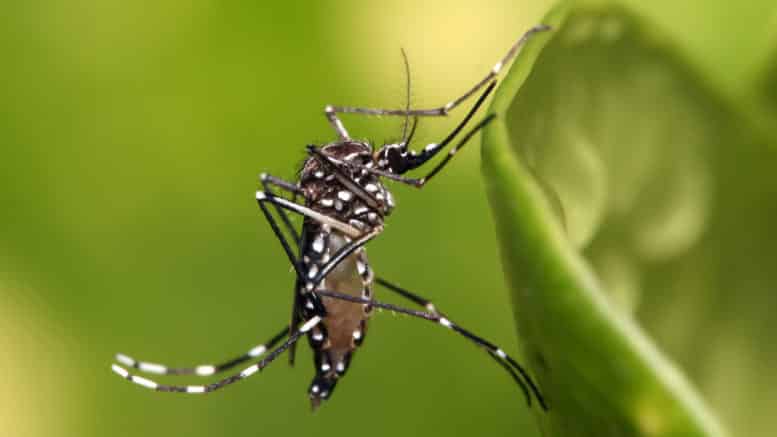 Please Share This Story!
PDF 📄
This is the Technocrat mindset that science can solve any problem. Problem: Mosquitos make people sick. Solution: Kill all mosquitos. This is a slippery slope that will lead to tampering with other species. ⁃ TN Editor

The villagers of Bana in Burkina Faso survive by working the land. Yet recently they have been paid to sit still for six hours while a fellow villager hovers close by on the look out for mosquitoes. When one lands on their neighbour they catch it, alive and intact, before it bites and then hand it over to researchers.

This is one small stage in a painstakingly slow process of research into the local mosquito population, led by scientists at Imperial College, London.

They hope that one day Burkina Faso will be the testbed for a technology that many hope will lead to the eradication of malaria, the mosquito-borne disease that is the biggest killer of children under five in Africa.

The researchers have developed a genetically-modified mosquito in their laboratory that can kill off its own species by spreading a faulty gene.

If it works in the wild, the technology – called gene drive – could help eliminate malaria where decades of efforts involving bed nets, repellents and insecticides have failed.

But as the scientists edge closer to releasing gene drive mosquitoes into the wild for the first time – by 2024 in Burkina Faso – environmental and human rights groups and others are desperate to slow the process down.

Playing God in this way, they warn, could do infinitely more harm than good.

“It’s a huge risk when we know that other approaches [to eradicating malaria] exist,” he adds.

Target Malaria, the name of the Imperial College-led research consortium, is just one of many projects exploring ways to engineer mosquitoes so that they stop spreading disease.

But unlike so-called ‘self-limiting’ genetic modification of mosquitoes – which, for example, renders them infertile or produce infertile offspring – gene drive works by unleashing a mutated gene that spreads rapidly through the species.

Once it is released it can’t be stopped.

“If it works, it will eliminate a whole species,” says Dr Wakeford, a biologist at the University of Exeter.

Target Malaria’s work in Burkina Faso, Mali and Uganda, involves just one of more than 3,000 species of mosquito, the Anopheles gambiae.

But environmentalists warn that removing even one species could disrupt the whole ecosystem in unforeseeable ways. Anopheles gambiae could be an important food source and pollinator without which the flora and fauna where it lives could change dramatically.

“There are agrarian communities [where gene drive research is taking place]. If their crops are affected, that’s their livelihoods, their health, everything,” says Dr Wakeford.

Dr Ify Aniebo, a molecular geneticist from Nigeria, asks what the impact could be on the disease itself. In an article published by campaign group GMwatch he wrote: “Will the engineered organism upset the delicate balance of ecosystems, thereby causing new diseases to emerge or prompting already existing illnesses to spread?”

The profit from destruction turned to serve regulatory public ‘health’ protection is an often unrecognised vector of tyranny and subjection. (Possession and control fantasy gratification enacted upon the body corporate). Toxic chemical exposures along with malnutrition and poverty of self, show as disease conditions and are assigned infectious agency, prompting fear, alarm and vaccines, mass toxic spraying of the public, restriction of rights and freedoms, and blank cheque of justification and funding for genetic modification experiments. Any sickness from which can be recycled into pharma revenues, aid interventions, and degradation or reduction of population of ‘un-personed’ others. The idea of… Read more »

I’ll worry about it when someone can show me the value of a mosquito.

Fish, frogs, lizards and birds eat mosquitoes as food. Other species then eat them. The mosquito is the base of a very long food chain, that may even include you. That is the value of a mosquito.