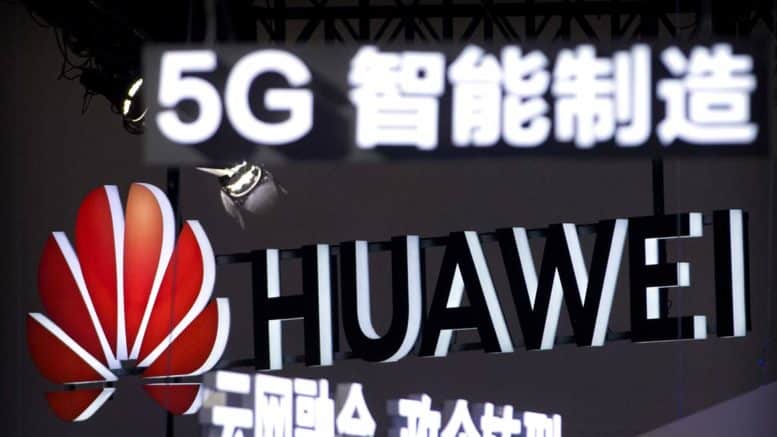 China is proving that Technocracy is expansionary, seeking beyond its own people to dominate the whole world. 5G, AI and IoT are the three most important technologies to achieve that goal, and thus, China intends to dominate all three. ⁃ TN Editor

This coming Wednesday, February 6, 2019, U.S. Sen. Roger Wicker, R-Miss., chairman of the Committee on Commerce, Science, and Transportation, will convene the first full committee hearing of the 116th Congress titled, “Winning the Race to 5G and the Next Era of Technology Innovation in the United States.”

According to the Committee announcement, “This hearing will focus on key steps to maintain U.S. global leadership in next-generation communications technology, spectrum needs to accelerate deployment, and new applications and services consumers can expect with 5G deployments. The hearing will also examine current efforts to modernize infrastructure siting policies and the security of 5G networks.”

All well and good and very necessary. But, as I wrote at the Daily Caller in a mid-December 2018 piece, amidst the headlong rush to 5G and all the propaganda and tens of millions of dollars in advertising that accompany that, there are some critical issues regarding the nature of broadband satellite communications that need to be addressed. As I noted, there are existing satellite networks and frequencies that our nation relies on for serving Americans on the other side of the “digital divide” that separates urban and rural citizens as well as for critical communications systems, most especially those necessary for our warfighters and national security community, that could be placed at very real risk of direct interference by neglecting to check China’s drive to grab a dominant, even controlling, position in the 5G roll-out.

As Newt Gingrich rightly reminded us in his February 2019 commentary on the Huawei indictment, the Chinese model for society is drastically different than our own. A totalitarian communist system not only controls the lives of its people in ways utterly incompatible with the democratic Republic of laws (however imperfect) that we enjoy here in the U.S., but projects that dystopian authoritarianism outward in quest of even more domination in the international arena.

So, it’s important to realize that Huawei is not just some rogue company, run amok stealing technology and trade secrets, but rather a fully functioning arm of the communist Chinese government, at the service of that government, and under its control. As such, its mission, and the mission of all the other Chinese hi-tech firms out there, is not simply market share and profit. It is, as Colonels Qiao Liang and Wang Xiangsui of the Chinese People’s Liberation Army laid out in their 1999 book, “Unrestricted Warfare: China’s Master Plan to Destroy America,” to “destroy America.” While the commercial aspects of China’s brazenly illicit behavior naturally concern Ericsson, Nokia/Alcatel, Verizon, and the rest, the national security threats attendant to China’s leading position in development of Artificial Intelligence (AI), the Internet of Things (IOT), and the 5G telecommunications infrastructure that will connect it all must also be a main focus of Senator Wicker’s Committee hearing. As Speaker Gingrich noted, “A company exhibiting this type of illicit behavior and generating the level of concern that it has within the US intelligence community should not be setting the global standards for the world’s telecommunications industry.”