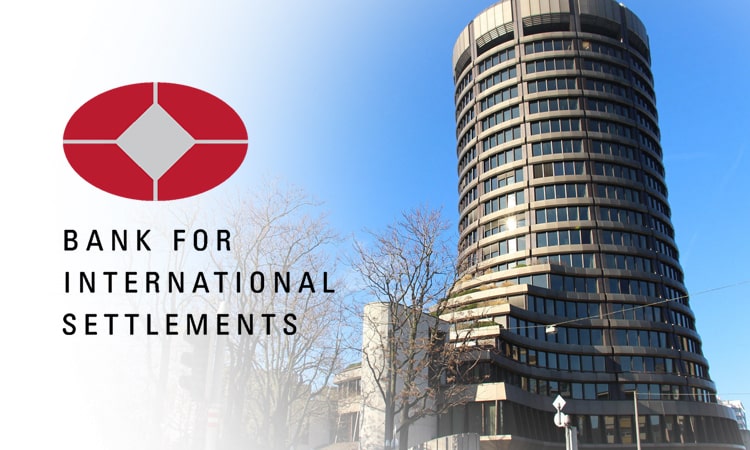 Fintech is  the financial infrastructure of Sustainable Development, aka Technocracy, and the Bank for International Settlements is the prime architect and driver. But first, cash must be replaced by a digital currency. ⁃ TN Editor

This time last year when the Bank for International Settlements released their Annual Economic Report, it combined with the announcement of a new initiative called the ‘BIS Innovation Hub‘ (also known as ‘Innovation BIS 2025‘). The BIS refer to the Innovation Hub as a medium term project that comprises three main elements:

As you can see, technological innovation is at the core of the Hub’s remit.

The initial phase of the project saw Hub’s opened up in Switzerland, Hong Kong and Singapore. An operational agreement was signed with the Hong Kong Monetary Authority in September 2019, followed by an agreement with the Swiss National Bank in October. The Hub in Singapore began operations in November.

With phase one completed, the BIS have now moved into the second phase which they warned was going to happen when the Hub first launched. Accompanying the release of this year’s Annual Economic Report, the institution announced that the Hub is expanding to new locations in both Europe and North America.

Over the next two years, the Bank of England will be opening a centre, along with the Bank of Canada, the European Central Bank and four Nordic central banks (Sweden, Denmark, Norway and Iceland). A ‘strategic partnership‘ will also be formed with the Federal Reserve System.

East and West may appear divided in the geopolitical sphere, but in the world of central banking they are very much united behind the common goal of the Hub.

As the BIS outlined in a press release, the expansion will ‘allow Innovation Hub to spur central bank work across multiple fintech pillars‘. General Manager Agustin Carstens confirmed that the ‘new centres will expand our reach significantly and help create a global force for fintech innovation‘.

Most pointedly, however, the expansion, according to the Head of the Innovation Hub Benoit Coeure, will mean that it is ‘well placed to advance work on a broad range of issues of importance to the central banking community, including digital currency and digital payments‘. Coeure also cited distributed ledger technology as a key aspect of the Hub’s work.

In October 2019 I posted an article about the Hub (Innovation BIS 2025: A Stepping Stone Towards an Economic ‘New World Order’) and argued how the introduction of it tied directly into the agenda for implementing a network of central bank digital currencies over the next few years. I followed up this article with another which offered more detail on the Innovation Hub (BIS Announce New Appointments and Launch Singapore Hub Centre).

To add more weight to the idea that the Hub exists to help facilitate a CBDC future, Agustin Carstens mentioned on presenting the BIS Annual Economic Report that ‘if CBDCs are to fulfil their potential and promise as a new means of payment, their design and implications deserve close study and consideration. The BIS will continue supporting central banks in their CBDC research and design efforts, through the new BIS Innovation Hub, its committees, and broader analytical work.’

As the Hub gathers experience, a home-grown agenda will quickly be developed. A key question informing the BIS Innovation Hub’s work is whether money itself needs to be reinvented for a changing environment, or whether the emphasis should be on improving the way it is provided and used.

As I have written about previously, central banks have now begun to outline specific technical details on how a CBDC could be built (A Look at CBDC Developments at the Bank of England – Part One). This comes as global payment systems are being reformed so as to be compatible with blockchain and distributed ledger technology – a process that is earmarked for completion around 2024.

With the events of the past few months, it is impossible to discuss CBDC’s without factoring in the impact of Covid-19. This appears increasingly to be the major international crisis that global planners hope will catalyse the move into a fully digital economic system. And the BIS Innovation Hub is ideally placed to respond.

In remarks made in April, Benoit Coeure asked whether the pandemic would ‘accelerate the shift towards virtual banking‘. Musing on his own question, Coeure stated that ‘in the next months and years, the BIS Innovation Hub will remain busy scanning technological trends in finance and their consequences for central banks and financial regulators‘.

The importance of the Hub to the CBDC agenda is there to see, particularly with the onset of Covid-19. A line in the BIS Annual Economic Report supports what Coeure had to say:

The Covid-19 crisis, and the attendant rise of electronic payments, are likely to boost CBDC development across the globe.

IMF Managing Director Kristalina Georgieva recently told Italy’s National Consultation that ‘digital is a big winner in this crisis‘ and that the pandemic may have ‘accelerated the digital transformation by two or three years‘.

The BIS insist, however, that research on CBDC’s is ‘still in its early stages, and development efforts will take some time‘.

From my perspective, by 2025 CBDC’s will begin to be introduced, initially in conjunction with cash. But the long term objective is for the abolition of all tangible financial assets to be replaced with intangible wealth. The BIS attempted to convey in their annual report that a CBDC would prove as a ‘digital complement to physical cash‘. Perhaps to begin with, but nobody should deceive themselves into believing that cash has any sustainable future if and when CBDC’s are offered to the general public.

To reinforce this notion, this is what Agustin Carstens stated during a speech at the Central Bank of Ireland in March 2019:

Like cash, a CBDC could and would be available 24/7, 365 days a year. At first glance, not much changes for someone, say, stopping off at the supermarket on the way home from work. He or she would no longer have the option of paying cash. All purchases would be electronic.

What central banks (in line with state legislatures) are not going to do is simply outlaw cash when CBDC’s become available. I believe what they want is for banknotes to dwindle to a level where they can make the argument that the servicing costs of maintaining the cash infrastructure outweigh the amount of cash still in circulation and being used for payment.

An Access to Cash report published in the UK last year warned that because of bank branch closures and the decline of ATM’s, Britain’s cash network was at real risk of collapsing. Introduce a CBDC into the equation and you can see how cash will soon be deemed nonviable. Those who might opt to use cash over a digital currency would eventually have no other option than to transfer their money into a CBDC.

One of the main goals of global planners is to target what they call the ‘unbanked‘ or the ‘underbanked‘. In other words, those who exist largely outside of the financial system and trade anonymously. The BIS Annual Report declared that 1.7 billion adults and hundreds of millions of firms ‘are tied to cash as their only means of payment‘. That is one fifth of the world’s population that central banks are seeking to bring into their world – a digital only construct in which the only alternative is a life of destitution.

Essentially, the central banking fraternity will want to be able to pinpoint the abolition of cash on the advancement of technology and the changing payment habits of the consumer, thereby taking the emphasis off themselves.

With regards to changing consumer behaviour, the unproven fear perpetuated throughout the media that cash could transmit Covid-19 has successfully managed to undermine cash to the point where a large swathe of people have stopped using it. The latest statistics from Link show that in the UK transaction volume is down 47% on this time last year.

Over time, central banks will be able to use a sustained reduction in demand for cash to their advantage. As Yves Mersch of the European Central Bank mentioned in May, ‘if our customers, the people of Europe signalled a change in payments behaviour, we would want to preserve their direct link to the ultimate owner of our currency by maintaining their access to central bank liabilities‘.

The owner being the central bank, the liabilities being a CBDC.

The ideological agenda of central banks to digitise the entirety of the world’s financial system and to maintain their power base is being spearheaded by the Bank for International Settlements through their Innovation Hub. Unless people begin to recognise where the manipulation and growth in the CBDC narrative is coming from, and how there is a targeted agenda to guide the world into a cashless society, global planners will in the years to come get their way.