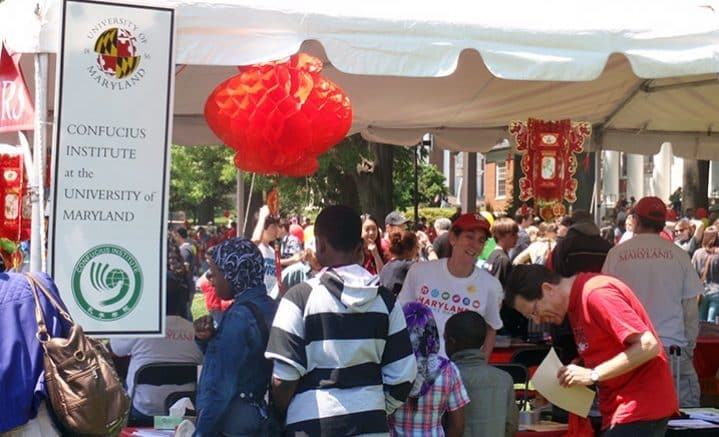 Those who don’t understand that China is a Technocracy will not understand why it has a major initiative to indoctrinate American students with Technocrat philosophy. Chinese state-run schools in America would have been unthinkable thirty years ago, but they are commonplace today, and few are raising any alarm. ⁃ TN Editor

Last year, the University of North Carolina at Charlotte made an announcement to great fanfare: The university would soon open a branch of the Confucius Institute, the Chinese government-funded educational institutions that teach Chinese language, culture and history. The Confucius Institute would “help students be better equipped to succeed in an increasingly globalized world,” says Nancy Gutierrez, UNC Charlotte’s dean of the College of Liberal Arts and Sciences, and “broaden the University’s outreach and support for language instruction and cultural opportunities in the Charlotte community,” according to a press release.

But the Confucius Institutes’ goals are a little less wholesome and edifying than they sound—and this is by the Chinese government’s own account. A 2011 speech by a standing member of the Politburo in Beijing laid out the case: “The Confucius Institute is an appealing brand for expanding our culture abroad,” Li Changchun said. “It has made an important contribution toward improving our soft power. The ‘Confucius’ brand has a natural attractiveness. Using the excuse of teaching Chinese language, everything looks reasonable and logical.”

Li, it now seems, was right to exult. More than a decade after they were created,Confucius Institutes have sprouted up at more than 500 college campuses worldwide, with more than 100 of them in the United States—including at The George Washington University, the University of Michigan and the University of Iowa. Overseen by a branch of the Chinese Ministry of Education known colloquially as Hanban, the institutes are part of a broader propaganda initiative that the Chinese government is pumping an estimated $10 billion into annually, and they have only been bolstered by growing interest in China among American college students.

Yet along with their growth have come consistent questions about whether the institutes belong on campuses that profess to promote free inquiry. Confucius Institutes teach a very particular, Beijing-approved version of Chinese culture and history: one that ignores concerns over human rights, for example, and teaches that Taiwan and Tibet indisputably belong to Mainland China. Take it from the aforementioned Li, who also said in 2009 that Confucius Institutes are an “important part of China’s overseas propaganda set-up.” Critics also charge that the centers have led to a climate of self-censorship on campuses that play host to them.

Despite years of these critiques—including a recent outcry at the University of Massachusetts at Boston and the shuttering of Confucius Institutes at two of the nation’s top research universities—they’re still growing in number in the United States, albeit at a slower clip than a few years ago. Several opened on American campuses last year. And vanishingly few schools have rethought the institutes and closed them, suggesting that once they’re implanted, they’re entrenched. At several campuses, they’re actually expanding their footprints with bigger facilities and new courses. I contacted more than a half-dozen Confucius Institutes, and several officials said in interviews that they’re not looking back. (Others declined to comment or simply ignored me, further suggesting a commitment to keeping the Institutes going. The Chinese Embassy in Washington also did not respond to a request to comment by publication time.)

That so many universities have welcomed the Confucius Institute with open arms points to another disturbing trend in American higher education: an alarming willingness to accept money at the expense of principles that universities are ostensibly devoted to upholding. At a time when universities are as willing as ever to shield their charges from controversial viewpoints, some nonetheless welcome foreign, communist propaganda—if the price is right.

“Coordinate the efforts of overseas and domestic propaganda,[and] further create a favorable international environment for us,” Chinese minister of propaganda Liu Yunshan exhorted his compatriots in a 2010 People’s Daily article. “With regard to key issues that influence our sovereignty and safety, we should actively carry out international propaganda battles against issuers such as Tibet, Xinjiang, Taiwan, human rights and Falun Gong. … We should do well in establishing and operating overseas cultural centers and Confucius Institutes.”

Liu’s orders have been heeded. The first Confucius Institute opened in South Korea in 2004. They quickly spread to Japan, Australia, Canada and Europe. The United States, China’s biggest geopolitical rival, has been a particular focus: Fully 40 percent of Confucius Institutes are stateside. In addition to the Institutes at universities, Hanban also operates hundreds of so-called Confucius Classrooms in primary and secondary schools. The public school system of Chicago, for example, has outsourced its Chinese program to Confucius Classrooms.

Beijing treats this project seriously, as evidenced by who runs the show. Hanban (shorthand for the ruling body of the Office of Chinese Language Council International, a branch of the Ministry of Education) is classified technically as a nonprofit agency, but it is dominated by Communist Chinese officialdom. Representatives from 12 top state agencies—including the Ministry of Foreign Affairs and the State Press and Publishing Administration, a propaganda bureau—sit on its executive council. Hanban’s director general is on the Chinese state council, the 35-member board that basically runs the country.