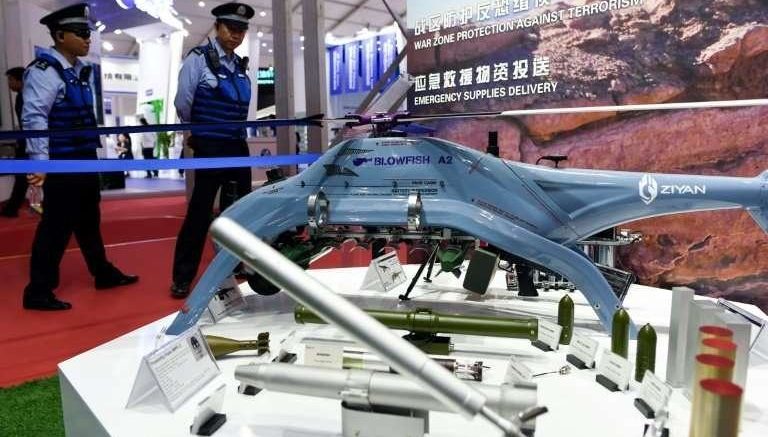 Please Share This Story!
PDF 📄
Thanks to China, the Technocrat arms race for autonomous killing machines has accelerated as they proliferate their new weapons systems to any non-Western aligned nation in the world. ⁃ TN Editor

China is aggressively unleashing lethal fully autonomous drones that can carry out targeted military strikes, a think tank has warned.

The killer drones and pilotless aircraft fitted with AK-47 rifles are being exported to Asia, Africa and combat zones in the Middle East.

US national security think tank Center for a New American Security (CNAS) said in a report that Chinese officials see this AI ‘arms race’ as a threat to global peace.

Gregory C Allen, the author of the report, said China is rushing to integrate ever more sophisticated artificial intelligence into weapons and military equipment.

He pointed out that drones, both large and small, are a particular example of a type of weaponry that is increasingly becoming automated.

In the US, drones are capable of basic autopilot, performing simple tasks like flying in a circle around a target.

But China is being “more aggressive about introducing greater levels of autonomy closer to lethal use of force,” he says.

One example is the Blowfish A2 drone, which China exports internationally and which Mr Allen says is advertised as being capable of “full autonomy all the way up to targeted strikes.”

Depending on customer preferences, Chinese military drone manufacturer Ziyan offers to equip Blowfish A2 with either missiles or machine guns.

According to the report, Zeng Yi, a senior executive at China’s third largest defense company, said AI will be at the core of future warfare.

This opinion is consistent with broader thinking in Chinese military circles.