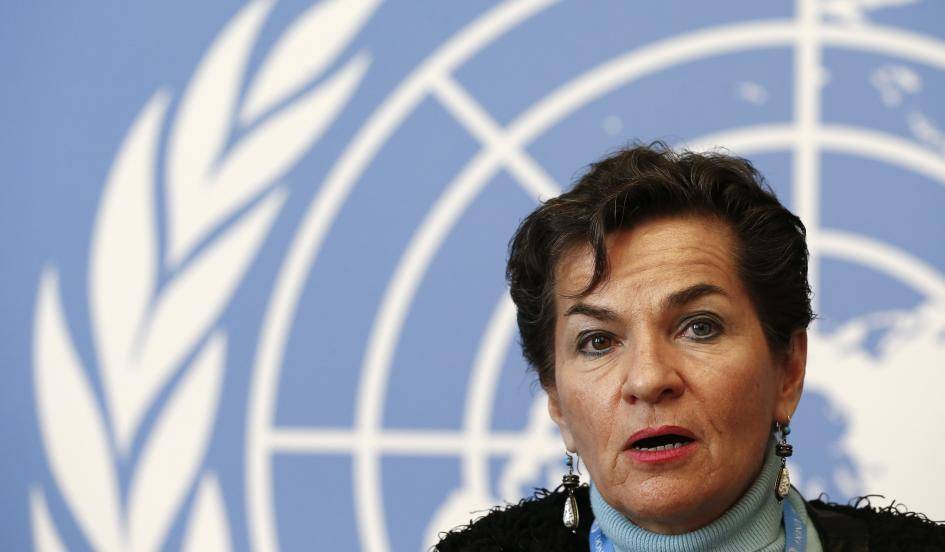 Christiana Figueres Close To Finish Line, But It Isn’t A Fait Accompli

TN Note: Stories like this are appearing to heap praise on Christiana Figueres as being the global leader who orchestrated the Paris climate change summit to a successful conclusion. However, don’t buy the rhetoric until the conference is over.

United Nations climate chief Christiana Figueres, a keen half-marathon runner, has not stopped since she took over as head of the troubled UN climate talks process in May 2010, just months after the failed Copenhagen meeting.

Now, just days from the end of major climate talks in Paris, Ms Figueres is near the finish line of a marathon effort to clinch one of the world’s most important environmental agreements. The talks process that she has steered over the past five years is set to agree on the first global pact to fight climate change.

The agreement will mark a personal triumph for the diminutive Ms Figueres, 59. Those who know her tell of her drive to protect the environment and her deeply personal goal to secure a better world for her two daughters, Naima, 27, and Yihana, 25.

“Christiana and the rest of her family are tireless people. When she pursues something, she will do all that she can in order to achieve it,” Costa Rica’s Ambassador to Singapore Jairo Hernandez Milian, a close family friend, told The Straits Times.

“She has grown with the mentality that she needs to help make this planet a safer and better environment for all.”

Ms Figueres is the daughter of a political dynasty. Her father Jose Figueres Ferrer, known as Don Pepe, was president of Costa Rica three times. During his first term in office, from 1948, he abolished the army and granted women and people of African descent the right to vote. Her brother, Mr Jose Maria, was president from 1994 to 1998.

“From Don Pepe, Christiana inherited determination, courage to achieve things that seem impossible to reach, a little bit of stubbornness, a great heart and altruistic spirit,” said Mr Hernandez in an e-mail message.

For Ms Figueres, Paris is the culmination of two decades of involvement in climate negotiations. She was a negotiator for Costa Rica from 1995 and played a key role in the talks that led to the creation of the UN’s Kyoto Protocol climate pact in 1997. From 2010, after taking the helm of the United Nations Framework Convention on Climate Change (UNFCCC), she set about rebuilding the shattered climate negotiations process. She represented a new approach to getting the talks back on track and, coming from a developing nation, helped straddle the embittered rich-poor divide to forge consensus.

From 2010, the talks incrementally progressed towards the new regime that is now on the table in Paris, in which nations pledge climate action plans and agree to transparently account for how these will be implemented.

Ms Figueres, though, faced plenty of criticism early in her role as the executive secretary of the UNFCCC. Critics said the process was moving too slowly and that the outline of the deal that was emerging was likely to result in a weak deal.