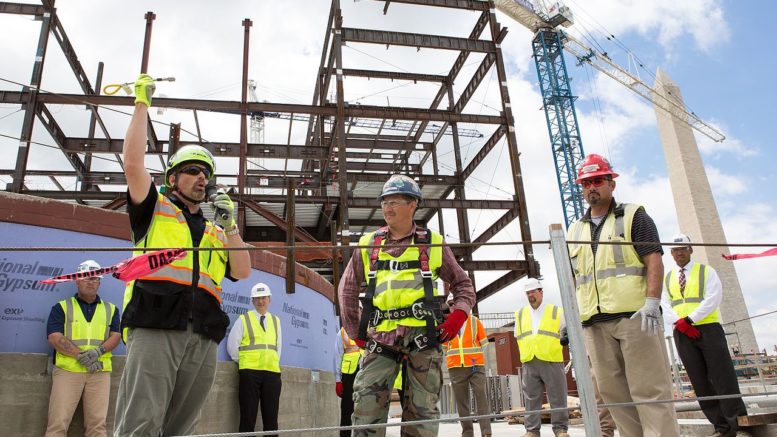 Posted By: Robotics Business Review May 8, 2019

Please Share This Story!
PDF 📄
The construction industry is one of America’s most fundamental components of GDP and potentially one of the most significant source of ‘unemployables’ as workers are displaced. Robot automation of jobs is expanding quickly. ⁃ TN Editor

Research firm Tractica today projected a $226 million revenue market by 2025 for the construction robotics space, an area that traditionally has been labor-intensive and not focused on robotics as much as industries such as manufacturing, supply chain logistics, and health care.

“At this early stage in the construction robotics industry, a few companies are offering products for sale or lease,” said Glenn Sanders, a senior analyst at Tractica. “The main categories that are currently available include robots for demolition, bricklaying, drilling, 3D printing, and rebar tying, plus a few exoskeletons and assistant robots for lifting loads.”

The Tractica report provides market forecasts around shipments and revenues from 2018 through 2025, provides profiles of 28 key companies, as well as a company directory of 60 “significant and emerging industry players.” You can download an executive summary of the report here.

Earlier this year, Transparency Market Research predicted a construction robots market of $470.61 million by 2026, with a compound annual growth rate of 10.4% between 2018 and 2026, with Asia Pacific leading the global market.

In addition to robotics, construction companies are also beginning to utilize aerial drones and artificial intelligence software on construction sites as a way to improve analytics and operational efficiencies.