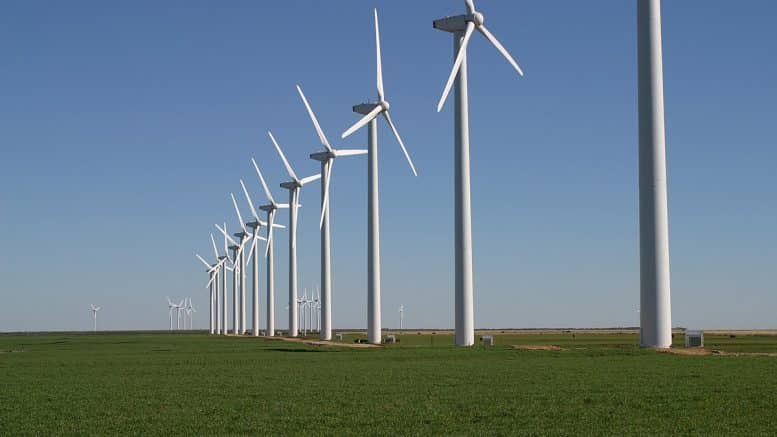 Technocrat solutions to solve a fake energy crisis are designed to fail from the moment they are created: when the wind doesn’t blow or the sun doesn’t shine, alternative energy produces zero output. S0-called ‘renewables’ cannot possibly supply society with the power it needs on a consistent basis. ⁃ TN Editor

Don’t laugh too hard but this has been a terrible week for the renewable energy dream.

Across the world solar energy share prices have crashed. This was caused by a sudden and unexpected decision by China, the world’s biggest solar manufacturer and user, to rein in subsidies.

According to Caixin Global:

China has abruptly put the brakes on solar power subsidies, seeking to stem overcapacity in a sector that has benefited for years from government incentives.

The move caught many in the industry off guard.

The government won’t grant subsidies to any new ordinary solar projects this year. For those that are being built, the incentives will be cut by 0.05 yuan (0.8 U.S. cents) per kilowatt-hour (kWh).

Solar stocks have fallen across the board by double digits. It’s uncertain when they will recover.

It hasn’t been a good week for wind energy either. In Britain, the industry has become a national joke because for seven days its wind turbines stood still and produced no electricity. Great news for all the birds and bats they would otherwise have sliced and diced; no problem for the renewables industry troughers who still get their rich subsidies whether the wind blows or not. But definitely unfortunate PR for an industry which would prefer everyone not to notice one of wind energy’s main problems: it’s intermittent – which means that a) it’s not always there when you need it and so b) it requires constant back up from more reliable fossil fuel on standby.

We shouldn’t laugh, except actually we must. Otherwise guys like this will win the day.

Liebreich – founder of Bloomberg New Energy Finance – has done extremely well out of the climate change scare industry. That’s why he can afford to jet freely around the world (not first class, he insists in a subsequent tweet: just economy to Dublin to catch Gorillaz on Skype – as you do…)

Here he is having his cake and eating it. That is, he is virtue-signalling his environmental purity by railing swearily against “plastic pollution” – the fashionable cause du jour. Simultaneously, he is racking up the air miles and extending his carbon footprint like an Al Gore-style boss.

The global warming industry – the Climate Industrial Complex – has been estimated as being worth an annual $1.5 trillion, but that was three years ago and no doubt it’s a lot more valuable now. Like a lot of renewables advocates, Liebreich has made of a heck of a lot more money than he would had he been, say, a skeptical journalist writing about what a huge con the global warming industry is. But at the price, of course, of his soul…

He gives the game away in this rather elegant piece he wrote recently about the future of global energy industry. It concerns the dilemma that he claims oil companies face: do they give up on fossil fuel and move rapidly into renewables; or do they ride out fossil fuels slowly into the sunset, knowing that they are doomed, but extracting the last remaining value they can?