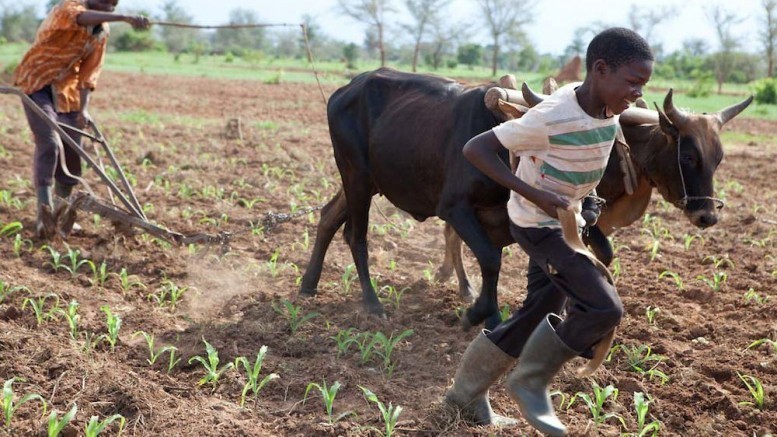 Sustainable Development, aka Technocracy, is a resource-based economic system designed to take resources away from individuals to put them into the hands of a few. Zambia has been opened up like a can of sardines, first by the United Nations and secondly by the multinational agricultural giants. ⁃ TN Editor

Zambia’s smallholder farmers could be made squatters on their own land as the country opens up to farming multinationals in an effort to boost its economy, said a United Nations expert.

Elver said she was alarmed that 40 percent of Zambian under fives have stunted growth due to malnutrition, despite the country emerging from crisis to “impressive” levels of economic growth.

Zambia’s economy has been depressed for years by low commodity prices, mine closures, rising unemployment, power shortages and soaring food prices but the World Bank predicts 4 percent growth this year.

“It is vital that development plans and policies take into account the true cost of industrial farming methods… as well as the social and economic impact on people, rather than focusing only on short term profitability and economic growth,” Elver said in a statement.

Sixty percent of Zambians are small-scale farmers, who make up many of the nation’s poorest people but produce 85 percent of its food, according to the U.N.

Elver said agricultural growth in Zambia over the last decade had focused on large businesses, leaving peasant farmers behind.

Around 85 percent of land is held under customary tenure, mostly in the hands of peasant farmers, with little legal protection from eviction, she said at the end of her first official visit to the country.

After eviction, many peasant farmers are forced to work in poor conditions on large industrial farms or are obliged to sell their crops at knock-down prices for export by monopoly-type multinationals who buy produce for export, she said.

Intensive commercial farming has also led to increased use of agro chemicals proven to damage children’s health and boosted rates of deforestation and environmental damage, she added.