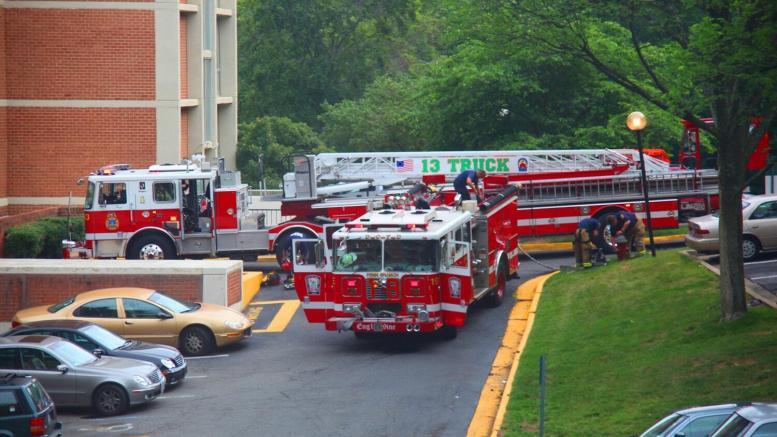 Please Share This Story!
PDF 📄
University of New Mexico is a CIA ‘Signature School’ and feeds graduates to Intel agencies. Now, UNM wants to equip all firefighters in the U.S. with facial/emotion reading cameras. Would this effectively tie firefighters into a federal surveillance program?

Emotion reading AI is only 50% accurate in actual field conditions, potentially leading first responders to make very bad decisions when under pressure. However, Technocrats believe that engineering and science can overcome any problem with precision. ⁃ TN Editor

Over the years, I have written about the possible dangers of firefighters carrying weapons and being trained like SWAT teams. But this latest story will leave you scratching your head and wondering what the CIA’s “Signature School” has done to America’s firefighters.

Last week the University of New Mexico (UNM) announced that they have created a Wearable Emotion/Facial Recognition (WEFR) device for firefighters.

“The article describes an innovative new facial-recognition algorithm formulated for use in firefighting technology. The algorithm enables computing systems to identify the emotions displayed by facial expressions with 98% accuracy.”

Firefighting devices will learn, which facial expressions correspond with which emotion.

“What is especially noteworthy about this technology is that it is the first facial-recognition algorithm to use semi-supervised learning – a method in which researchers essentially teach a computational network how to recognize faces. This is done by inputting both labeled images (pictures of faces which have been labeled, by a researcher, with the emotional expression they display) as well as unlabeled images into a network of computational nodes programmed with the algorithm. In time, the system actually “learns” which facial expressions correspond with which emotion.”

Why do firefighters need to learn about people’s emotions and why would they depend on a device to interpret them? Last I checked humans are not automatons and polygraph machines are unreliable.

A National Science Foundation search revealed that WEFR’s will be “equipped with microphones and ambient sensors.”

Would anyone like to venture a guess as to why UNM created WEFR’s?

“Finding an accurate facial recognition algorithm is an important facet of Martínez-Ramón’s ongoing efforts to create a wearable device that would aid firefighters during life-threatening emergencies. Facial expressions are an indispensable form of human communication; a smile or a grimace can tell us whether someone is safe and happy or scared and in pain.”

I think most of us would agree that a person would be happy knowing a firefighter is not going to twist an “indispensable form of human communication” into a veiled CIA excuse to equip firefighters with facial recognition.

Why would I say that the CIA is behind turning firefighters into Federal agents?

Because in 2016, an article in the Albuquerque Business First revealed that UNM is considered the CIA’s “Signature School”.

As I mentioned in 2017, UNM has a 100% job placement rate with, wait for it… the CIA, the FBI and DHS. So why would the CIA’s “Signature School” develop wearable emotion and facial recognition cameras for firefighters? I think we all know the answer to that.

UNM boasts that soon every firefighter will be equipped with a microphone, emotion and facial recognition.

“The anticipated result of the Next Generation Connected and Smart Cyber Fire Fighter System grant is a complex network of devices, used by firefighters throughout the country, that employs supercomputing technology to save lives. According to the grant proposal, the finished product will use microphones, cameras, body sensors, and ambient sensors to monitor oxygen levels, potential hazards, the presence of victims, and other important indicators of scene safety.”

As Vox said, firefighters do a lot less firefighting; their new role is medical responders.

So the question now becomes why do we need to equip medical responders (firefighters) with the CIA’s facial and emotion recognition cameras?