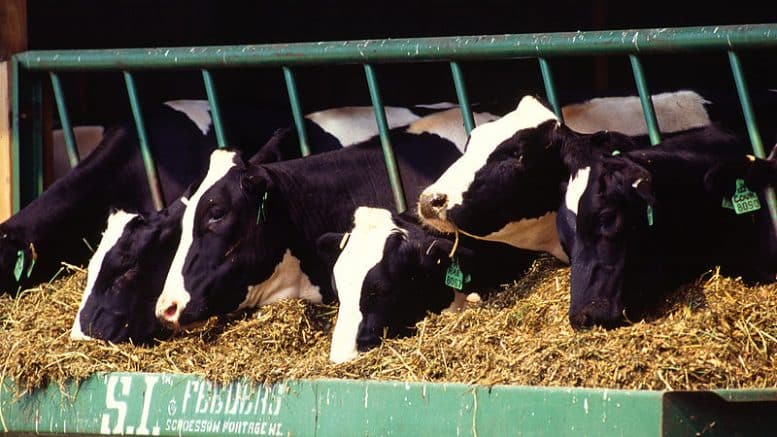 Lab-produced milk will soon become a ubiquitous part of the food chain without labeling requirements because it is already declared to be GMO-fee. However, the yeast that makes the milk proteins is tricked into doing so because of clever genetic modification. There is no guarantee that the resulting milk protein is 100% identical to a cow’s milk. ⁃ TN Editor

Three young entrepreneurs in their mid-twenties sat nervously in the Hong Kong office of Solina Chau, one of the world’s most powerful women. Chau, founder of Horizons Ventures, oversees investments for multibillionaire Li Ka-Shing, focusing those investments on disruptive technologies she thinks the world needs.

Only weeks prior, these three young idealists had hatched their business plan via online video chats. No, they weren’t interested in producing alternatives to milk, such as soy or almond milk. Instead, Perfect Day wanted to use a process called microbial fermentation to produce actual cow’s milk—but without any cows at all.

Humanity’s procurement of animal-based foods has remained stagnant for a long time. In the case of milk, we grow massive amount of crops using large swaths of land and other resources. We then raise cows, feed them those crops, medicate them, impregnate them, milk them, and eventually slaughter them. It’s intensive, requiring huge quantities of land, water, fossil fuels, and other resources.

Perfect Day’s plan was to make milk using the exact dairy proteins cows create, but with designer yeast instead of cows—and in a matter of mere days.

In other words, why buy the cow when you can get the milk for free?

The entrepreneurs unceremoniously unveiled their prototype in a plastic water bottle they’d transported with them, pouring Perfect Day’s milk into Chau’s cup. Minutes later, they had a deal.

These twenty-somethings who hardly knew each other had walked into the meeting with a mere $30,000 in the bank account of their embryonic startup. They walked out with $2 million.

Four years later, Perfect Day has now raised millions more and has attracted talent from some of the world’s largest dairy companies. They plan to start by selling dairy proteins as functional ingredients for food manufacturers, with other dairy products not far behind. Having personally eaten from their early batches of yogurt, I’m convinced that they’re onto something big.

The company is part of a group of promising start-ups pioneering the field of “clean” animal products: real animal products grown without raising and slaughtering animals. The terminology is a nod to “clean energy,” but in addition to lightening the “food-prints” of animal products, clean milk and meat are also just, well, cleaner.

It is a 100% certainty that the pasteurized and homogenized milk sold in the grocery is scarcely like cow’s milk.